Melissa Baum wears a silver necklace holding a small silver pendant with a ruby. Contained within the pendant are half the remains of her daughter, Lindsey.

It’s been 10 years since Lindsey disappeared during a 10-minute walk to her home in McCleary on a hot summer evening June 26, 2009. It’s been a little more than a year since Melissa Baum was told her daughter’s partial remains had been found hundreds of miles away in the middle of the state and she knew for sure her daughter had been murdered.

During the decade that followed her daughter’s disappearance, Melissa has seen her daughter’s friends grow up, graduate from high school, go to college, marry, have children of their own. Melissa has only the memories of the talkative, intelligent, strong-willed girl, frozen in time at the age of 10.

“I’m finally to a point where I’m able to reminisce about her,” said Baum. “I have lots of memories that I’m grateful for.” For example, “She had so much energy. She talked constantly, a mile a minute.”

Melissa got a call in early May 2018 from Grays Harbor County Sheriff Rick Scott. He needed to see her, and right away.

“It felt a little odd, he sounded urgent, I didn’t understand,” she said, saying it normally took months to set up a meeting with investigators, and it had been more than eight years without much news to be shared.

The next day Scott and an FBI victim’s advocate showed up at her door.

“I knew there was more to it,” said Melissa, when she saw the raw emotion on Scott’s face. DNA testing from the FBI confirmed a portion of Lindsey’s remains had been found more than six months earlier in Eastern Washington.

“Over the years, when I heard of children’s remains being recovered, I remember feeling twinges of jealousy,” said Melissa. “I felt knowing would bring some relief. It’s been the exact opposite.” Anger, rage and frustration were the result for her.

Days later, at a press conference in McCleary, she spoke to the press and the community about the discovery of her daughter’s remains. She admits it is still difficult for her to visit the town; she moved some time after Lindsey’s disappearance but returned, not to McCleary, but to the area. She continues to grant interviews like this one and make television appearances. As difficult as they are for her, she knows there’s always a chance the right person will see them.

“It’s not over because she’s been found, not even close,” said Baum. After a decade, knowing didn’t bring relief | The Daily World

Melissa Baum wears a silver necklace holding a small silver pendant with a ruby. Contained within the pendant are half the remains of her daughter, Lindsey.

Who killed LINDSEY BAUM and why haven't they been brought to justice? McCleary, #WASHINGTON June 26, 2009

On June 26, 2009, 10 year old Lindsey Baum was walking home from her friend’s house around 9:15 pm. She never made it home. Her remains were found 8 years later, miles from where she went missing!

www.crimewatchers.net
Last edited by a moderator: Apr 15, 2020
Click to expand...

SheWhoMustNotBeNamed said:
Dozens of new banners and signs already up all over McCleary. Pics on Facebook.

That is AWESOME! People can make a difference. I think at times we sometimes feel we can't but once in awhile....!

They all matter to me but this one is starting to stick with me, and part of it I think is that it is close to some of you. The other part is quite simply that she did NOT deserve this and her mom deserves answers.

I hope and pray if her killer is alive and around there, he is sweating, can't sleep and more that I won't voice...

SheWhoMustNotBeNamed said:
Dozens of new banners and signs already up all over McCleary. Pics on Facebook.

Good! I'm glad the community is standing behind Lindsey's family. 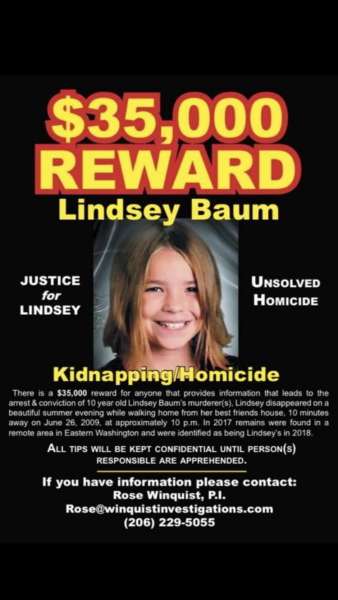 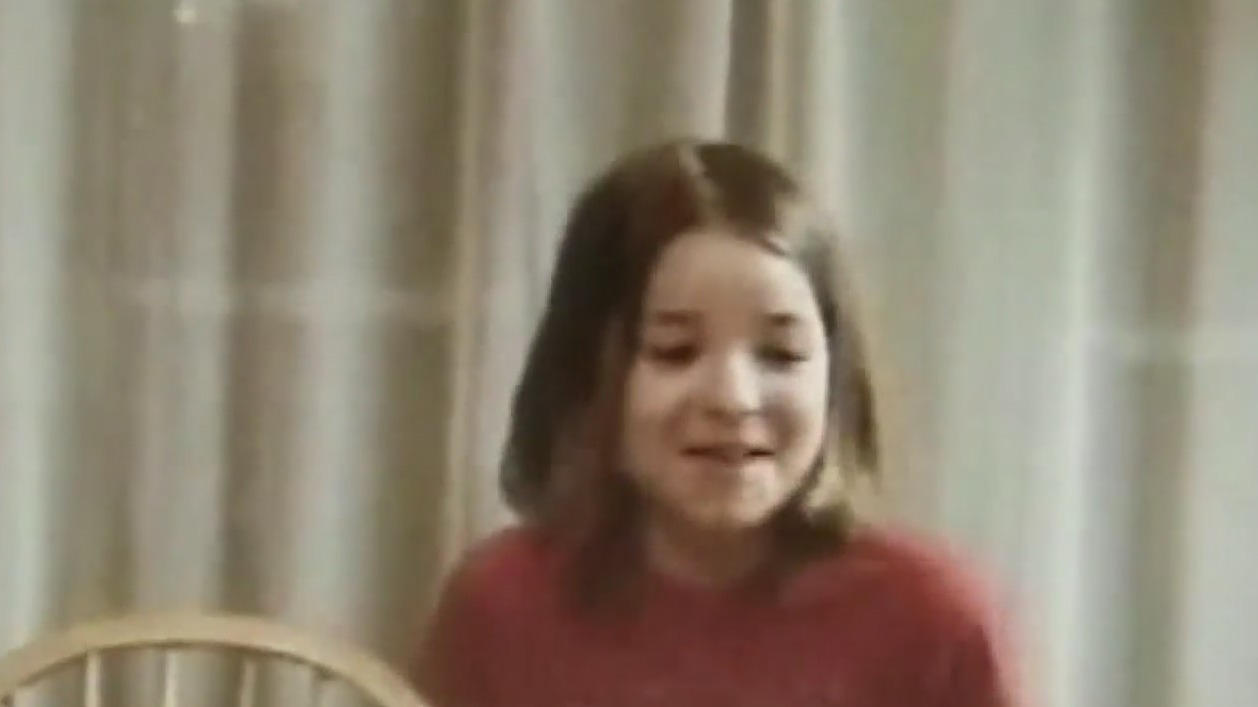 Lindsey Baum went missing in McCleary, Washington on the night of June 26th, 2009. Today this case remains unsolved. A private investigator is currently working on this case and there’s a $35,000 r…

Lindsey Baum went missing in McCleary, Washington on the night of June 26th, 2009. Today this case remains unsolved. A private investigator is currently working on this case and there’s a $35,000 reward for the tip that leads to an arrest and conviction. If you have information that could help solve Lindsey’s case, please call the confidential tip line at 360-964-1799 or contact Winquist Investigations at 206-229-5055.

Wow. I love that. It quite stands out.

They will catch that person who did it. Even older cases have moved forward recently, they will solve this ❤

I’m so glad they did this. Who did this to you, Lindsey?

On 6/15/21 the Grays Harbor Sheriff’s Office arrested Paul Bieker of Enumclaw for a 2003 kidnapping and rape cold case. In March of 2003 the Sheriff’s Office investigated a kidnapping and rape that started on Church Road in McCleary, Washington. A 17-year-old female was abducted when she returned home to her residence in her vehicle. The suspect bound the female and loaded her into her own vehicle. The female was taken to an undisclosed location and sexually assaulted. After sexually assaulting the female the suspect drove her to a location near McCleary and left her in the vehicle. The victim was able to free herself and she returned to her residence where the kidnapping and assault were reported to her father who immediately called 911 to report the crimes. The victim was taken to a hospital to be examined. Investigators collected evidence at the hospital and a DNA profile was eventually obtained for the suspect in the sexual assault. Although an exhaustive investigation was conducted, investigators were not been able to identify a suspect. The suspect’s DNA profile was entered into the nationwide criminal database and it was not linked to a known person in the database.

In 2010 the Grays Harbor Prosecuting Attorney’s Office obtained an arrest warrant for an unknown person, based on the DNA profile developed from the sample obtained from the victim.

In December of 2020, Grays Harbor Sheriff’s Office Chief Darrin Wallace submitted the DNA evidence to a laboratory for genealogy testing. The testing revealed a short list of possible suspects that were believed to be related to the source of the suspect DNA. Investigators learned that Paul Beiker lived in McCleary in 2003 at a residence not far from the victim’s residence. They also were able to identify more circumstantial evidence that linked Beiker to the crime. GHSO Chief Wallace and Det. Sgt. Logan surveilled Beiker and obtained his DNA from a discarded item. The item with Beiker’s DNA was submitted to the Washington State Patrol Crime Lab for comparison and it was determined that it was a match of the suspect in the 2003 sexual assault. Beiker was contacted by investigators in McCleary, Washington on 06-15-21 and taken into custody.

The Grays Harbor Sheriff’s Office is still investigating the case. Due to the nature and circumstances of the crime investigators are also looking into the kidnapping and murder case of Lindsey Baum who went missing on June 26th, 2009 in the city of McCleary. Baum’s remains were located in in 2018 in Kittitas County in eastern Washington. If anyone has any information that may be helpful in either of these cases you can call the Lindsey Baum tip line 360-964-1799 or email baumtips@co.grays-harbor.wa.us.

Staff member
There is a yacht maker with the same name as the suspect in Washington state. It’s making it hard to search this guy. I’m assuming it isn’t the same fellow.

Have we heard of this suspect before? It’s not ringing a bell with me. But my memory isn’t as good as it used to be.

Staff member
No, I don't believe his name has come up (at least publicly) during this investigation. They didn't know he was connected to this other kidnapping/rape until last year. 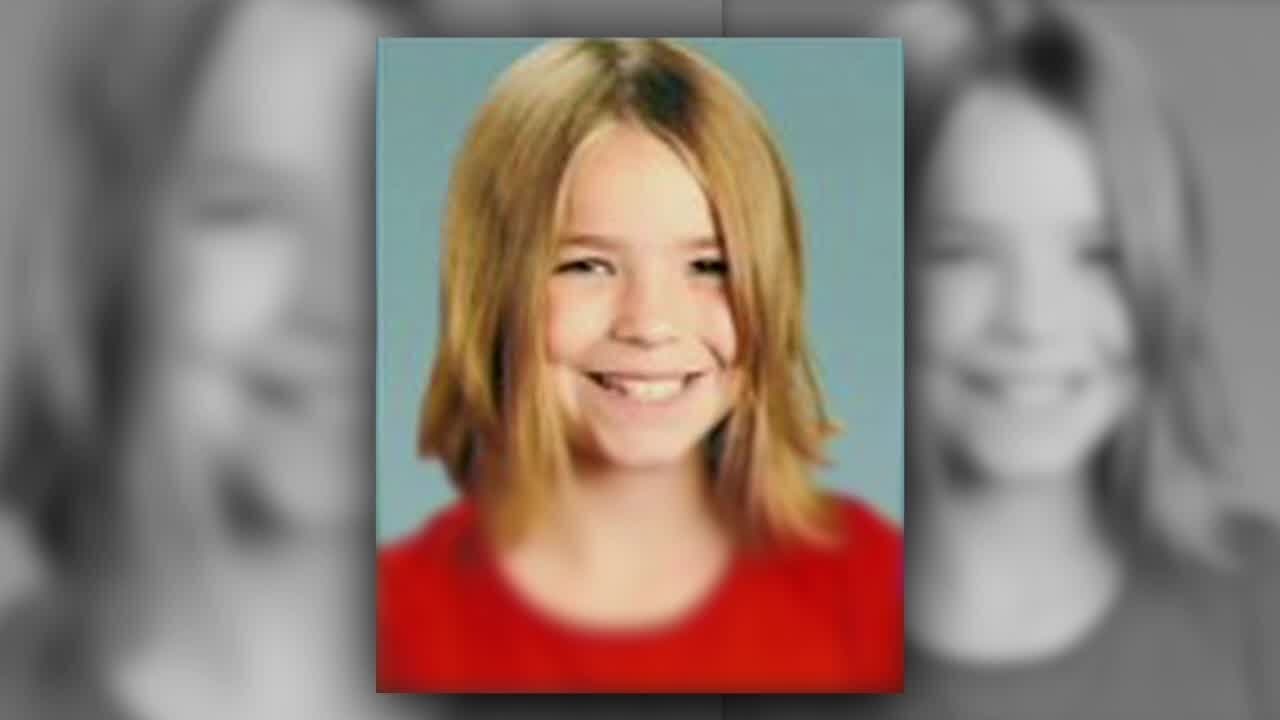 Arrest made in 2003 kidnapping, rape in McCleary could be tied to 2009 murder of 10-year-old Lindsey Baum

A man arrested this week for a cold case kidnapping and rape in Grays Harbor County could be tied to the 2009 disappearance and murder of 10-year-old Lindsey Baum in the same town.

www.ktvu.com
"There are some eerie similarities between the two cases," Grays County Undersheriff Brad Johansson says. "How many kidnappers do you have in the same small town? However, they could end up being completely unrelated."

MCCLEARY, Wash. — An arrest in a cold case kidnapping and rape in McCleary has investigators looking for possible ties to the murder of Lindsey Baum. Baum disappeared from McCleary in 2009 and her remains were found in Eastern Washington eight years later. The Grays Harbor County Sheriff's...

komonews.com
The Grays Harbor County Sheriff's Department confirms they're investigating to see if there's a link between Baum's case and an arrest that was just made in a 2003 case.

“One way or another, we hope to get to the truth of the matter,” said Grays Harbor County Undersheriff Brad Johansson.

“Pretty small area to have two kidnappings in such a small area, obviously that raises our concerns,” said Johansson.

“We just need to look into it further to see if this is the person we’re looking for in the Lindsey Baum case or if it’s just totally unrelated,” said Johansson. “It’s our goal to not rest until that one is solved as well.”

Bieker is locked up at the Grays Harbor County jail. He's expected to face a judge for arraignment on Wednesday.

Staff member
I’m quietly hoping that they have some DNA evidence And they haven’t released that information.

Staff member
Another year gone since Lindsey's disappearance and murder. Words from her mom.


This Saturday, June 26th is the 12th anniversary of the worst day of my life. Every parents worst nightmare.

12 years ago my 10 year old daughter, Lindsey Jo Baum was KIDNAPPED and MURDERED from the streets of McCleary, WA. More than 8 years later only a single small piece of her remains were found. She was dumped like trash in the middle of the woods in the Manastash Ridge area outside of Ellensburg, WA.

We had planned a small gathering to remember Lindsey. Unfortunately, the day will be too hot to do this. Instead, we will be placing balloons and some new decorations down at

Lindsey’s Remembrance Garden. We would like to invite the community to visit Lindsey’s Garden over the next week and say a prayer or leave a trinket or painted rock, flower for Lindsey.

Keep your children close and remember that life is precious. Just remember there are horrible monsters hiding in plain site, they don’t always look like monsters.

SheWhoMustNotBeNamed said:
Please take this opportunity to educate your children that monsters do walk among them, even disguised as people they trust and and in positions of power or authority. These monsters also have friends and family members who support and enable their evil acts upon children. Either by assisting them directly or posting bail to set them free on society to offend again.

Not sure if these two posts are intentionally specific, but they certainly sound focused on a certain person? Possibly just frustration at the latest arrest in the other rape case?


kdg411 said:
Paul J. Bieker coached the youth in the Elma/McCleary area. Please take this as an opportunity to talk to your children about grooming and inappropriate behavior from coaches, teachers, and other adults in authority.
Click to expand...

SheWhoMustNotBeNamed said:
Not sure if these two posts are intentionally specific, but they certainly sound focused on a certain person? Possibly just frustration at the latest arrest in the other rape case?
Click to expand...

I think you’re right. I’m glad she saying this because it needs to be said! There are monsters who are very good at acting normal.