Kareem got a call on his cell phone, said he was going out, and he’d meet them at his sister’s house later. He didn’t meet them later, and he didn’t come home that night.

www.crimewatchers.net
Last edited by a moderator: May 3, 2020 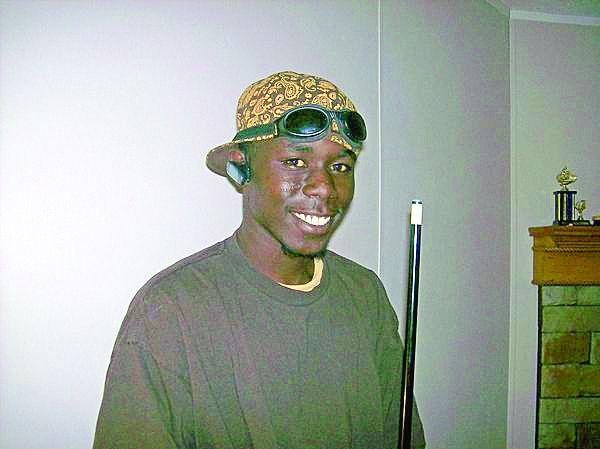 Ann Warren woke up in the middle of the night screaming, “They just killed my son.

Ann Warren woke up in the middle of the night screaming, “They just killed my son.

“I don’t know which night, but it was that week,” she said, about the week Kareem Ward’s car was found submerged in the Pee Dee River at the Gunter Island boat landing near Aynor.

“I woke up hollering and screaming, ‘They just killed my son,’ ” she said, her hand pressed hard against her chest.

“I felt it. I started crying because I heard him screaming, ‘Mama, help me,’ and I said, ‘Oh Lord, they just killed my son.’ ”

Kareem Ward was 22 when he disappeared in June 2007, and his mother is still hoping to have a funeral for him. His body has never been recovered.

“If I could just have a piece of him to bury, I’d have some closure,” she said. “If I had a piece of him and knew it was him, I could bury it and go on.”

The 58-year-old is going on in the ways she’s able. Even with COPD, sleep apnea, and constant oxygen through tubes in her nose, she’s going to go back to school to learn medical billing and coding.

She’s moved out of the house she shared with Kareem for 18 years because it was just too painful to stay.

“I could see him come out of his room. I could hear him talk to me, I couldn’t stay there,” she said.

One part of Kareem he did leave behind is his child, now almost 7 years old.

There was another dream Warren had, this one more pleasant and several weeks before the tragedy. She dreamed that Kareem’s girlfriend Gail was pregnant. And while Kareem denied it at the time, his child, Ni’Asia, spends part of just about every day with Warren.

“She grew up on me,” Warren said, smiling. She said Ni’Asia looks like her father “across her eyes and across her nose.

“When the baby was born and I held her, I knew…this is mine,” she said.

The week Kareem’s car was found is still a blur to Warren. What she remembers is that on that Father’s Day Sunday, June 17, the family was getting ready to go to her daughter Sharshonda’s house for dinner. Kareem got a call on his cell phone, said he was going out, and he’d meet them at his sister’s house later.

He didn’t meet them later, and he didn’t come home that night. His mother was concerned, but not yet worried.

“I thought maybe he stayed with somebody, you know how young boys are, but I knew he’d call the next day,” she said. But he didn’t call the next day either, and calls to his phone went to voice mail.

On Tuesday, Warren had just made herself a sandwich and a cup of coffee when Officer Jeff Gause, who was then a sergeant with the Horry County Police Department, came to her door. He asked her if she had a Gallant, and she told him her son did. Gause asked her son’s name, and she told him.

“Then he broke it down for me, and I just couldn’t stop saying, ‘O Lord,’ and I don’t remember much after that,” she said.

One thing she does remember is that she had to look up her daughter’s phone number – a number she’d called endless times. She also remembers, and can still visualize, her daughter pulling up with her car door open.

“I don’t think she ever closed her door on the ride over,” her mother said. “She jumped on me and we had a time. “That day…that day,” Warren said, her hand against her heart again. Warren could hear another officer talking on Gause’s radio, and she knew they were dragging the river. “I never went down there, why would I?” she said. “I knew my son wasn’t there, from the beginning I knew that.”

What she didn’t know – and still doesn’t know – is where he was, but she’s convinced someone else does know.

When Kareem’s car was taken from the water, a stereo system he’d just installed was missing. His cell phone was in the trunk and its battery and sim card were in the car. The keys were in the ignition.

But Warren doesn’t think whatever happened to Kareem was about his new stereo system.

“I know for a fact that he had a large amount of money on him,” she said. He’d just gotten a bank loan, and she’d helped him fill out two money orders to pay his bills.

“I never saw the money,” his mother said, “But he should have had about $20,000 that wasn’t in the bank and wasn’t with his things.

“I told him not to carry that money around with him, that it only takes one person to know about it,” she said.

Warren had a hunch who that person was, and told her suspicions to the police.

What the police say … and don’t say

For a year after Kareem’s car was found, Warren kept his bedroom door closed. She thought someone would come take DNA, or look for something that would help find him.

But, nobody ever asked for something with Kareem’s DNA, and nobody came to look in his room. And it wasn’t until a couple months ago that someone took Warren’s DNA.

“To take DNA, you need something to compare it to, like a fingerprint,” Gause, now a deputy in Marion County, said, “and without a body, there’s no way to do that.” He added that as long as there are survivors in the family, their DNA will be available.

Why was Warren’s DNA finally taken? Gause said he doesn’t know, but suggested a couple possibilities. Perhaps, he said, new information turned up. Or, perhaps because Warren is getting older, it might be a good idea to have her DNA stored in the event new information turns up in the future.

“There are things we know that we can’t say,” Gause said, adding that the case is still an open investigation.

Warren said she has no hope that her son is still alive, but she does still hope to find out what happened to him.

“Someone knows something, and I don’t know how they can walk around this long and put a family through torture like this,” she said. “Someone out there knows what happened.”

He had so much going for him at the time he disappeared, his mother said.

“He was a real sweet person and no matter who it was, if Kareem could help someone, he would. He would give you what he had if you needed it more than he did,” she said about her son.

“He worked at the cement place and over at the Budweiser place, and he was just about to be promoted,” she said, obviously proud of him.

She talked about how he’d install stereo systems in his friends’ cars for them, and how good he was at that kind of thing.

“Everybody knew him, that’s the sad thing about it,” Warren said. “They’d tell me they just saw him.”

Warren talked about how much Kareem liked school, and how proud he’d been to graduate from Aynor High School. She said he liked wrestling and basketball and football, but laughed about him not being a good sport.

Paul Butler, who happens to be a chief deputy with the Horry County Sheriff’s Office, is a family friend.

“I’m an Aynor boy, and my heart went out to them, not just as victims but as neighbors,” he said about Warren and the rest of Kareem’s family. “They’re good folks, down to earth,” he said.

Like Warren, Butler is sure someone in the community knows the circumstances of Kareem’s disappearance.

“This isn’t New York City,” he said. “Someone has information that would help bring closure to this case, and it’s a shame that they don’t step forward to help ease the burden that Mrs. Warren has to carry every day of her life.”

This isn’t the first time Ann Warren has lost a child. When Kareem was an infant, his 7-year-old sister died of sickle cell anemia.

“That’s the day I’m looking forward to, seeing him and my daughter.” In the meantime, she said her Christian faith sustains her.

Not a day goes by that Warren doesn’t grieve for Kareem, but she tries hard to remember the good times.

“I think about what he’d be doing if he was here,” she said. “He’d go buy fireworks and try to get me to shoot them, and I’d tell him, ‘I’m not shooting no fireworks.’”

Warren treasures the memories of how much Kareem adored his nieces, his sister’s children.

“They have anointed voices, and he always said he’d be their manager and make sure they’d make it to the top.”

For the first four years that Kareem was gone, his mother kept a daily journal. That’s in storage now, but she plans to get back to it, and perhaps write a book about her son’s disappearance.