Jamie's photo is shown age-progressed to 56 years. She was last seen the afternoon of December 7, 1971, walking home from school in Vancouver, Washington. The last time she was seen, Jamie was wearing blue jeans, a red and white striped shirt, and white tennis shoes. Jamie's ears are pierced. She may spell her last name Grisim.

Jamie left her residence in the vicinity of the 5300 block of northeast 58th Street in Vancouver, Washington on the morning of December 7, 1971, and went to Fort Vancouver High School, about two miles from her home.

It is established that she arrived at school. She had only two classes that day, and she did attend them. She told her foster mother she would walk home from school and would arrive at 1:00 or 1:30 p.m., but she did not appear as scheduled. She has never been heard from again.

Jamie's purse, identification, and other possessions were found in May 1972, five months after her disappearance, in a wooded area alongside a road in the Dole Valley area of Northern Clark County, northeast of Vancouver.

Authorities initially believed Jamie had run away from home, and as a result, she was not officially declared a missing person until January 1972. Her loved ones never thought she left of her own volition. She and her sister had been wards of the state since they were toddlers. Their father was in prison and they had been taken from their mother.

Jamie was a good student, got along well with her foster mother and was close to her sister in 1971; she was also a talented artist and writer, and a member of the 4-H Club. She had a savings account at the time of her disappearance, but the account has not been used since she went missing.

Police eventually decided Jamie had probably not run away; she is now believed to be the first victim of a suspected serial killer, Warren Leslie Forrest, who is thought to have raped and killed at least six young women in the Vancouver area. In 1978, he was convicted of murdering nineteen-year-old Krista Kay Blake and received a life sentence. He is a person of interest in the 1974 disappearance of fourteen-year-old Diane Gilchrist.

He attended the same high school Jamie had, albeit several years before she did, and was popular and a good student. It's possible he and Jamie knew each other slightly. A photo of him is posted with this case summary. Forrest is still incarcerated and was denied parole in 2017.

The bodies of three other women have been recovered in rural Clark County. Two of them were located within a mile of where Jamie's possessions were found: nineteen-year-old Carol Platt Valenzuela and seventeen-year-old Martha Marie Morrison. Martha was not identified until 2015, however. In 2017, authorities discovering Martha's DNA on a dart gun which Forrest admitted he'd used to attack another woman. In 2010, they announced they plan to charge him with murder in her case.

JAMIE GRISSIM has been missing from Vancouver, #WASHINGTON since 7 Dec 1971 - Age 16

It is established that Jamie arrived at school. She had only two classes that day, and she did attend them. She told her foster mother she would walk home from school and would arrive at 1:00 or 1:30 p.m., but she did not appear as scheduled. She...

www.crimewatchers.net
Last edited by a moderator: Feb 5, 2020
Click to expand...

More than four decades after he was sentenced to life in prison for the 1974 murder of Krista Blake, Warren Forrest was back in Clark County Superior Court on Monday morning facing a second murder charge.

If convicted, it would be the second murder charge to stick for a man police believe killed at least seven women and teen girls during the 1970s on both sides of the Columbia River.

Investigators believe Forrest, now 70, committed his first murder in 1971 with the abduction and killing of 16-year-old Jamie Grissim. Though Grissim’s body was never found, her school ID was recovered along Doe Road in a remote area of Clark County. Two other victims, Martha Morrison and Carol Valenzuela, were found nearby.

In 2017, new DNA evidence recovered from a gun Forrest admitted using in an attack on a woman who survived, was linked to Morrison, who lived in Portland, leading Clark County investigators to file the new murder charge. 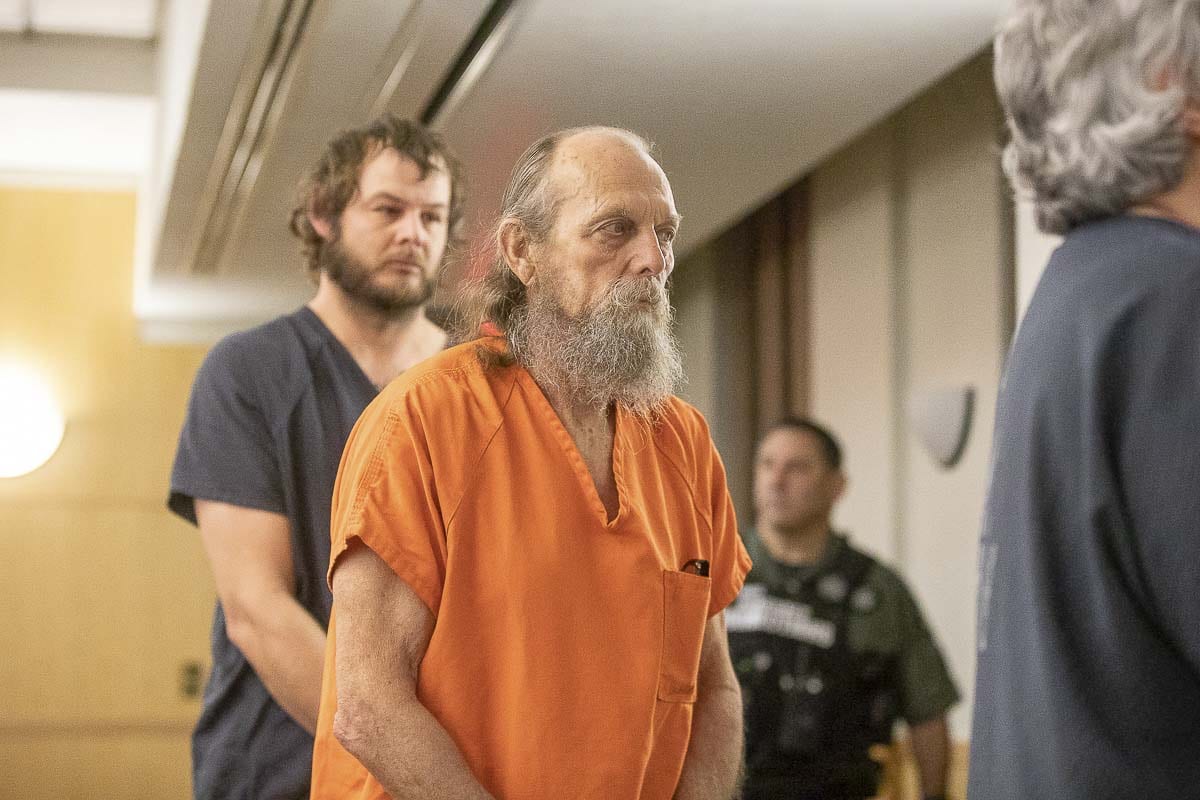 A Clark County man linked to a series of murders in the 1970s was arraigned on a second murder charge on Monday.

Staff member
Though these recent charges are not directly related to Jamie's case, her family is extremely pleased that Forrest has been charged in Martha's case. One step closer to justice for Jamie as well.

Rest in peace Oreo. I love you honey bunny

Wow. Missing since I was 1 1/2. The poor family having to endure this for that long I can't imagine how excruciating the pain of not knowing.

www.facebook.com
"Please pray for Jamie today. Light a candle that she can be found to come home to Rest In Peace.
Forty nine years ago today she was murdered. Still I wait forever justice and for truth. Truth, such a simple thing, and one man withholds it.
Sadly I don’t have another 49 to wait.
Pray for truth at long last."

www.facebook.com
"Please pray for Jamie today. Light a candle that she can be found to come home to Rest In Peace.
Forty nine years ago today she was murdered. Still I wait forever justice and for truth. Truth, such a simple thing, and one man withholds it.
Sadly I don’t have another 49 to wait.
Pray for truth at long last."
Click to expand...

I will pray for her. May a miracle be in store for this family!