TAUNTON — City workers and Taunton police were looking for something Thursday when they dug up part of a suburban front lawn. But authorities aren’t saying what.

“We can’t comment on an ongoing investigation,” said Gregg Miliote, spokesman for the office of Bristol District Attorney Thomas Quinn.

One conspicuous visitor to the scene was Steven DeMoura, former husband of Patricia White — whose sister Debbie Melo has been the subject of intensive police searches since she disappeared in June 2000.

Search around home may be connected to Debbie Melo disappearance

TAUNTON, Mass. — Crime tape surrounded a home and a backhoe was brought in to excavate the front yard of a home in Taunton Thursday.

5 Investigates said the search, which took place in the front yard of the home on Bryan Drive near the corner of Ashleigh Terrace, may be related to the disappearance of Debbie Melo. Sources tell 5 Investigates police were using a cadaver dog at the site throughout the day.

Witnesses at the scene said the backhoe dug a deep hole and a parks and cemetery crew was called in to take down a big tree in front of the home.

Melo disappeared in the summer of 2000 after an argument with her husband. Melo's husband Luis Melo claimed that the two had an argument and that she demanded to leave the vehicle which was on Route 18 south of the former Weymouth Naval Air Station.

Luis claimed that he later drove by the same road but she was nowhere to be found.

Neighbors said the area was once a wooded area that was developed into single family homes in recent years. The current homeowners appeared to be fully cooperating with police, and neighbors said they have only been living at the location for approximately a year.

A spokesperson for the Bristol County District Attorney's Office said the search was part of an ongoing investigation. "We do not comment on pending investigations," the statement said. Taunton, Mass. —
A massive search Thursday in front of a Taunton home was for Debbie Melo, a missing mother from Taunton who was last seen 17-years ago, that's according to Melo's former brother-in law.

NBC10's Matt Reed is live outside the home where the search was conducted and has the latest, Matt.

That former brother-in law Steven DeMoura confirmed to the Patriot Ledger Friday morning. that the search here on Bryan Drive in Taunton was in fact for Debbie Melo.
But the brother-in law won't confirm or deny if anything was found and officials are remaining silent on the investigation.
No investigators Cadaver dogs or excavators on Bryan Drive in Taunton Friday.
A completely different scene form just 24 hours earlier when crews ripped apart the front lawn of this yard
as part of a cold-case investigation.
It was suspected that Taunton Police were looking for Debbie Melo who disappeared 17-years-ago.
And on Friday, Melo's former brother-in law told the Patriot Ledger that police were in fact searching for her.
Debbie Melo disappeared on June 20th 2000 in Weymouth.
Melo's husband told police at that time he dropped his wife off on Route 18 in Weymouth following an argument and that she never showed up.
The home where Taunton Police searched on Thursday was a heavily wooded area back when Melo went missing.
When asked why crews were searching in this area the Bristol County District Attorney's Office only said they could not comment about on-going investigations.
NBC10 also reached out to the Taunton Police Department about this investigation and they directed all questions to the District Attorney’s office.

TAUNTON (CBS) – A dig in the yard of a Taunton home may have been in connection with the mysterious disappearance of a woman who was reported missing nearly two decades ago.

On Thursday morning, police joined crews with heavy equipment to dig up a portion of the yard of a home on the corner of Ashleigh Terrace and Bryan Road.

The search involved a K-9 unit, and neighbor Sally Myatt says the dog went straight to one spot.

“They took some pictures, random pictures here and there, but I didn’t see them pull anything up,” Gordon said.

Authorities have not confirmed, but the dig may reportedly be connected to the unsolved disappearance of Debbie Melo.

The district attorney had no comment on the investigation. Police only would tell people in the neighborhood that they received a tip that led them to the yard.

DeMoura is the former husband of Patricia White, whose sister Debbie Melo disappeared in June 2000.

debbiemelo1 Is Taunton Dig Connected To 17 Year Old Mystery?
A missing poster for Debbie Melo, who has not been seen since June 2000. (WBZ-TV)
Melo’s disappearance remains a mystery, and no one has been charged in her possible murder.

It did not appear anything was discovered during the dig. Dirt was put back in place by Thursday night and crews left the neighborhood.

Debbie Melo’s family says search of Taunton yard ‘not over’

TAUNTON - The investigation at the dig site on Bryan Drive is not over.

That’s the word from Debbie Melo’s former brother-in-law, Steven DeMoura, who posted a thank you on Facebook for the outpouring of support for his family.

“Once they are there again please show the neighborhood as well as everyone involved the respect for the reason that they are there,” DeMoura said.

“Obviously something was scented from the dogs on Bryan (Drive) and a tree was removed that was supplying the scent. What was the cause? Again, I’m not sure. They will soon find the source and hopefully we will all know soon,” DeMoura wrote on Facebook on Saturday, Aug. 26.

Debbie Melo, a Taunton mother of two, has not been seen since June 2000, when her husband Luis told police she got out of their car in Weymouth after a heated argument.

The Melos lived on Baylies Road less than a mile from Bryan Drive.

The front yard of the two-story, single-family house that now stands at 10 Bryan Drive on Thursday became the subject of an intensive police search.

Workers used an excavator to rip out a maple tree and dig a giant hole in a corner of the front lawn before filling in the hole with dirt and leaving.

Back in 2000 the land was still wooded and the house at 10 Bryan Drive had not yet been built.

“What will they find? I’m not sure....We searched high and low for years on any lead we had from Weymouth to Taunton. Always ending up with nothing but lost hope,” DeMoura wrote.

Police have referred all questions regarding the dig at 10 Bryan Drive to the Bristol County District Attorney’s Office.

On Monday, DA Spokesperson Gregg Miliote said, “The digging last week was part of an ongoing investigation our office is involved in. We do not comment on pending investigations.”

He declined to comment as to when – or if – the digging will resume.

“So where is she now? That is the statement I keep in my head every day. Listening to every theory of what people think for 17 years and all we can do is look into it as far as I can. What else can we do ?” DeMoura wrote on Facebook.

“This is not an hour-long show of Criminal Minds episode and then it’s over. It’s our real life.”

DeMoura said he appreciates all the kind words posted on social media since news spread Thursday of a possible break in the case.

With reporting by Charles Winokoor 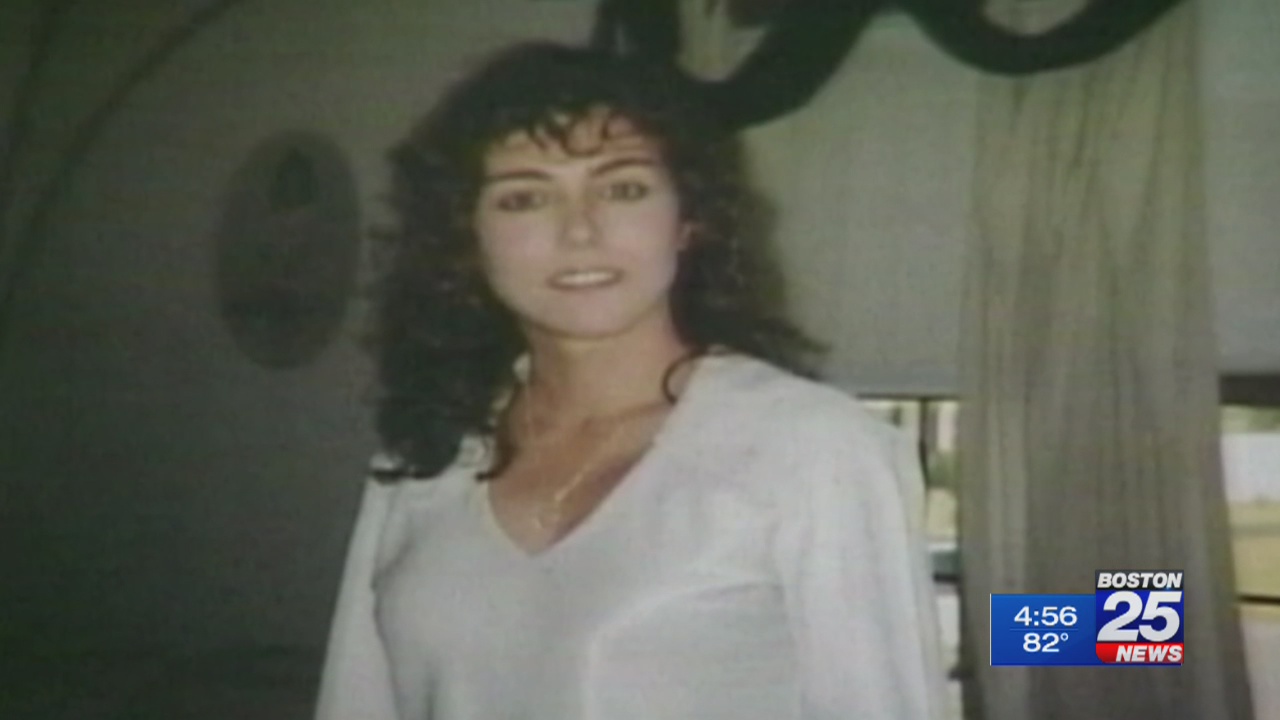 It was on Route 18, on the afternoon of June 20, 2000, that the pretty Taunton mother of two simply vanished after supposedly getting into an argument with her husband, Luis Melo.

TAUNTON, Mass. — Every time I drive along Route 18 in Weymouth, I think about Debra Melo.

I have been covering Debra Melo’s case from the very beginning. And it has always bothered me.

It was on Route 18, on the afternoon of June 20, 2000, that the pretty Taunton mother of two simply vanished after supposedly getting into an argument with her husband, Luis Melo.
Two decades have come and gone since that day, and there is still not one single piece of evidence to tell anyone what happened to Debra and where she is right now.

On Wednesday, I spoke to Patricia White, Debra’s sister. Patricia described for me a heartache that has only grown over the passage of time.

“As I drive, wherever I go, I go by woods, if I do any of that. It’s constantly on my mind,” White said. It’s one of those things that will never go away until she is found.”

Luis Melo told police that he and his wife argued over money after she visited a dermatologist’s office.

Luis said Debra ordered him to pull over the car so she could get out. He said he did, and Debra stormed off and was never seen again.

Patricia White tells me her sister left behind her cellphone and her wallet, including her identification, in her husband’s car.

Patricia is confident her sister did not voluntarily run away.

“She would have told me if she was taking off. And leaving. She never said anything,‘' White said.

Steve D’Amoura is Debra’s brother-in-law. He tells me Luis and Debra had a volatile relationship, and that at the time of her disappearance, Debra was making plans.

“She already told us, ‘I’m going to get a divorce, I’m keeping the house, I’m taking the kids, he’s going to move out,’” D’Amoura tells me.

I tried to reach out to Luis Melo through a family member, but I was told, in no uncertain terms, that Luis was not interested in talking to me.