Left to right: Artisic renderings and sketch of the victim; The victim's clothing and hankerchief.


Date of Discovery: February 14, 1982
Location of Discovery: Williams, Coconino County, Arizona
Estimated Date of Death: Approximately 2 weeks prior to discovery
State of Remains: Not recognizable due to insect/animal activity
Cause of Death: Inconclusive, possible homicide

Dentals: Available; Tooth #19 (lower molar) had been drilled in preparation for a root canal approximately one week prior to her death. Teeth # 1, 16, 17 and 32 not erupted.
Fingerprints: Not Available
DNA: Available

This young woman was discovered face down under a cedar tree near westbound Interstate 40, about 11 miles west of Williams, while a Arizona Department of Public Safety officer was searching for a tire. The decedent was found wearing only jeans, with a red and white striped sweater and bra found nearby. Evidence suggests that she was dragged to her location and placed there. Circumstances are unknown otherwise. Coconino County is investigating this case as a homicide. She is known to investigators as "Valentine Sally" and is buried in a cemetery in Williams.

A Northern Arizona University student said that he picked up a hitchhiker fitting Valentine Sally's description near Cordes Junction on February 2 while traveling north. She told the driver that she was coming from Phoenix, where she was living with friends and working as a dishwasher. Because of some family problems, she had to get to New Jersey, and was planning ot go ot the Little America truck stop when she got to Flagstaff to try and get a ride from a truck driver to the East Coast. It is possible she went to a dentist in the Phoenix area before February 2, 1982.

There are witnesses that put Valentine Sally with a man (possibly two men) at the Monte Carlo truck stop in Ash Fork, Arizona during the early morning hours of February 4, 1982. One of her companions is described as a white male, 60 to 65 years of age, 5’8" to 5’10" tall, medium weight, wearing a two-tone, brown, checked leather vest and a felt cowboy hat adorned with a large peacock feather on the front of the hat.

-Click the Report button if you'd like this case moved to the general discussion area to be opened for commenting.
Last edited by a moderator: Saturday at 2:27 PM
Click to expand...

Have you seen this child? JANE DOE1982

Missing From: WILLIAMS, AZ. Missing Date: Sun, Feb 14 1982. On February 14, 1982, the body of an unidentified female was found lying under a tree, approximately 25 feet north of the west bound lanes of Interstate 40 near mile post 151.8 in Williams, Arizona. It is believed she had been deceased...

Valentine Sally from 1982 has been identified as Carolyn Eaton. 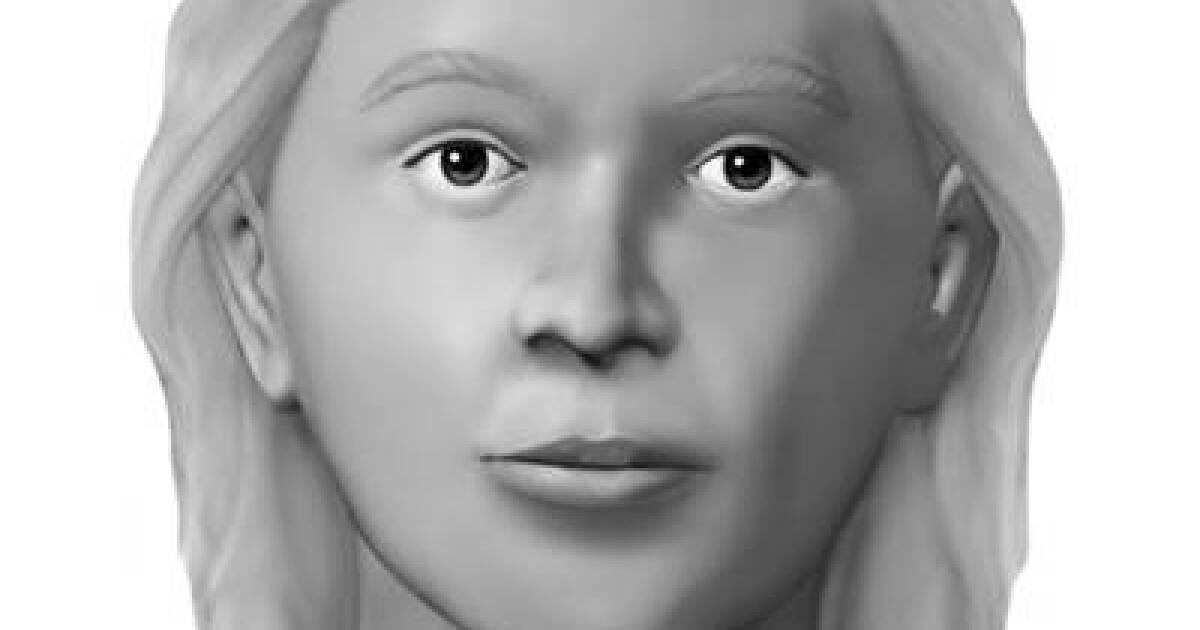 In 1982, the body of a woman was found along the roadway near Flagstaff.

"Nearly 40 years after the northern Arizona discovery, an unidentified body that came to be known as "Valentine Sally" has been identified as a 17-year-old girl. (..) A grant allowed officials to complete a familial DNA search to try to locate relatives of "Valentine Sally," and it was discovered that the DNA matched members of a family in Missouri.

Detectives flew to the St. Louis-area family and interviewed them, learning that they had a sibling, 17-year-old Carolyn Eaton, who had run away from home around Christmas in 1981. The true identity of "Valentine Sally" is now confirmed to be that of the runaway teenager."

***There are many other links, but I can't access them since I'm located in Europe.***

Staff member
ST. LOUIS COUNTY — Nearly 40 years after the body of a girl was found on Valentine's Day off a northern Arizona highway, police have identified her as a teenage runaway from St. Louis County.
The Coconino County Sheriff's Office announced Monday that DNA had confirmed the homicide victim was Carolyn Eaton, a 17-year-old who was reported missing in 1981 from her home in Bellefontaine Neighbors.
Eaton was one of six sisters. She ran away after an argument sometime around Christmas in 1981, said Coconino County Sheriff's Office Lt. Jason Lurkins, who is working on the case.

Her body was found Feb. 14, 1982, by an Arizona state trooper off Interstate 40 in northern Arizona. The unidentified girl was soon dubbed “Valentine Sally” by authorities and became a well-known local cold case, Lurkins said.
Detectives exhausted all leads over the years but had been unable to determine the girl's identity. This year, they contracted with a company to compare DNA from the body with online ancestry databases and found a match with a first cousin in the St. Louis area, Lurkins said.

Detectives then traveled to St. Louis County to interview relatives, who confirmed they had a sibling who ran away in 1981.

"The family members were awestruck," Lurkins said. "We told one family member we were investigating a missing person case and they asked: Is this about Carolyn?"


Eaton's death was a homicide caused by some type of violence, but the state of the body made finding a more specific cause of death difficult, Lurkins said. The sheriff's office is continuing to search for a suspect.
Detectives believe a waitress at a truck stop near the remote area where Carolyn was found may have been among the last to see her, Lurkins said.
Patty Wilkins, Seligman, Arizona, told detectives at the time that on Feb. 2, 1982, while working the night shift at an Arizona truck stopped owned by her family, she served a girl matching Carolyn's description when she came in late with a man wearing a cowboy hat with a peacock feather in it.

Eaton told Wilkins she had a toothache, so Wilkins said she gave the young girl an aspirin for the left side of her mouth.

Police eventually found Eaton's body about a mile up the road from Wilkins' family truck stop. When an autopsy was done on Eaton's body, Wilkins said police told her the aspirin was still on Eaton's tooth.
"I could have pulled her off that truck. I could have forced her to stay with me. I could have called 911. I could have done a million different things that I didn't do. The only thing I did was put that aspirin on her," Wilkins said Monday in an interview with the Post-Dispatch. 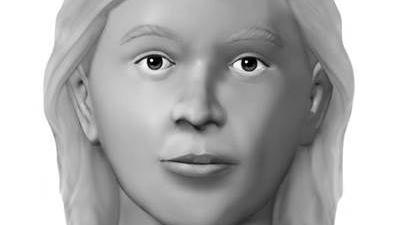 Carolyn Eaton ran away from home at 17 years old around Christmas 1981.

Kimster said:
I wonder how many runaways were never reported missing? I'm assuming Carolyn was never reported.
Click to expand...

...DNA had confirmed the homicide victim was Carolyn Eaton, a 17-year-old who was reported missing in 1981 from her home in Bellefontaine Neighbors. ...

Guess Who said:
...DNA had confirmed the homicide victim was Carolyn Eaton, a 17-year-old who was reported missing in 1981 from her home in Bellefontaine Neighbors. ...
Click to expand...

Oh thank you! I must have glossed over it. :

Kimster said:
Oh thank you! I must have glossed over it. :

I would like to know how info was shared back in 81-82 through different jurisdictions/states. It would seem that if one place had a doe, they would reach out to other states for missing people. Missouri's missing is ran through the Highway Patrol and she should have been listed on it. Did anybody even try very hard back then? 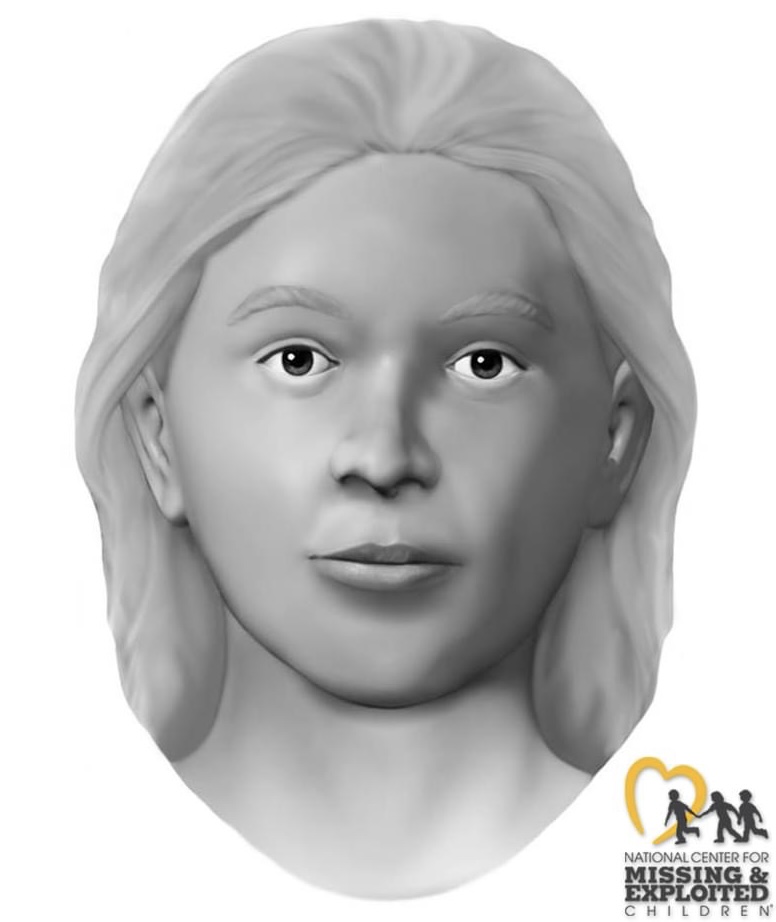 Carolyn Celeste Eaton (1 October, 1964 - c. 3 February, 1982), previously known as "Valentine Sally", was a female discovered murdered in 1982 west of Williams, Arizona. Her cause of death is believed to be asphyxia, although it was never conclusively determined.1 Investigators have affirmed...