Tyson's father has been deceased since 2015. According to law enforcement, Tyson's mother, who had been estranged from the family, was found deceased in September 2020. Tyson's extended family members report they have not seen him since 2017.

Tyson's height and weight are estimates for before he went missing. He is biracial. Tyson is Black and White. 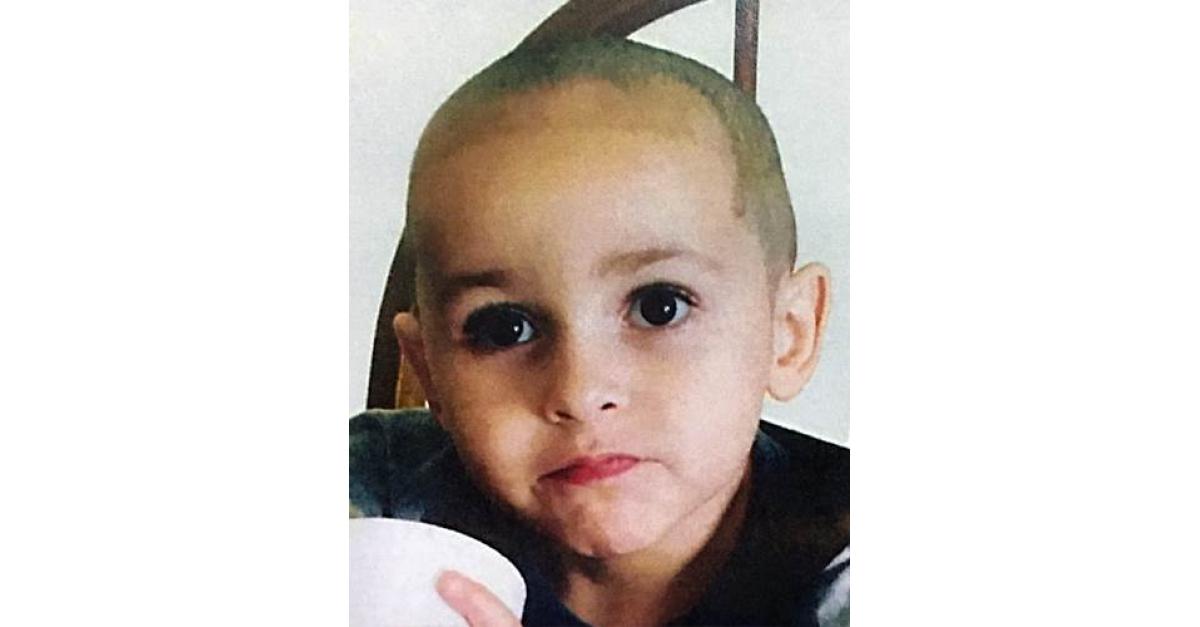 Have you seen this child? Tyson Jones

Missing From: PHILADELPHIA, PA. Missing Date: Mon, May 01 2017. Tyson's photo has been age-progressed to 7 years. His father has been deceased since 2015. According to law enforcement, Tyson's mother, who had been estranged from the family, was found deceased in September 2020. Tyson's...


Tyson was last seen in Philadelphia, Pennsylvania on May 10, 2017. He was in the care of his mother at the time, and she was estranged from both her own family and Tyson's father's family. His father has been deceased since 2015.

Tyson's mother was reported missing on September 4, 2020. The following day, she was found dead; she had shot herself in the head. In the days prior to her suicide, Tyson's maternal grandmother and aunt had both been attempting to locate him. He wasn't with his mother when her body was found and there has been no indication of his whereabouts.

Because of the circumstances, Tyson is considered to be in danger. His case remains unsolved.


Child last known to be with his mother in May of 2017. Child's mother was estranged from her family and child's father's family. Child's mother was reported missing on 9/4/2020. She was located deceased suffering from an alleged self inflicted gunshot wound to the head on 9/5/2020. Tyson's maternal grandmother and paternal aunt were attempting to locate Tyson in the days prior to his mother's suicide. (cause and manner of her death is still pending.)

Looking at this 2015 picture of Tyshan Jones, Kristina “Kristi” Gardner and their son Tyson Jones, you wouldn’t be able to guess that this family of three would eventually be heart-breakingly torn apart just a few short years later. In the perplexing case of Tyson Jones, the day he went missing on May 1, 2017 is just one date on a timeline of tragedy.

Today, four years after Tyson Jones’ disappearance, his paternal aunt, Shakeya Jones, is coming forward to share the family’s story in hopes that she can get answers about what happened to her nephew and where he could be today.

The trio lived together for two years, until Tyshan’s death on July 23, 2015, just two weeks before Tyson’s second birthday. The family was absolutely devastated. Shortly after Tyshan’s death, Kristi, Shakeya and Tyson went to visit their old house where Tyshan was killed to place flowers. Shakeya says that 2-year-old Tyson went up to the door of their empty old house, and knocked on it, calling out for his father.

Despite the unimaginable hardship, the family stayed close, especially Shakeya and her sister-in-law, Kristi. “She was my best friend,” said Shakeya. “We were always confiding in each other.”

However, about two-and-a-half years following Tyshan’s death, things began to change. According to Shekeya, when family members would ask to visit Kristi and see Tyson, he was always somewhere else. She would tell each side of the family Tyson was staying with the other side . When the pandemic struck in 2020 and social isolation orders were issued, it became less likely to see family members.

Then, in July of 2020, a strange interaction happened. Shakeya’s mother (Tyson’s paternal grandmother) and aunt ran into Kristi in Atlantic City, New Jersey. She was with a new boyfriend and without Tyson. The family was catching up when Tyson’s grandmother asked Kristi if she had an iPhone so they could FaceTime Tyson, after not seeing him in so long. Kristi agreed, but the family later realized she gave them a wrong number. After this, both sides of the family began reaching out to each other, and the story of where Tyson supposedly was started to unravel.

In September of 2020, Shakeya said that after going back and forth with Kristi’s mother, they realized that Tyson had been with neither side of the family. “That’s when the red flags really started going up,” said Shakeya.

Tyson’s family was determined to figure out what was going on. Here’s a look at what happened over the next several days:

Timeline: September 2020
● Sept 2: Kristi’s mother tells her that the family needs to see Tyson for a welfare check, or the family will report him as missing to police.
● Sept 3: Kristi sends pictures of a child to the family, who figures out they are screenshots of a different child and not Tyson. Then, Kristi is not heard from again.
● Sept 4: Tyson and Kristi are both reported missing to the police. Shakeya and her fiancé go door-to-door in the local area showing pictures of Kristi and Tyson to see if anyone has seen them, with no luck.

Then, on Sept. 5, 2020 Kristi’s body is discovered in a local park. Her death is ruled a suicide. There is no sign of Tyson.

Following Kristi’s suicide, authorities and Tyson’s family had to work on putting together a timeline that went back years, to the last time any of them physically saw Tyson. After questioning everyone in Kristi and Tyson’s life, they settled on a missing date: May 1, 2017.

Sorry to say it but I think he is likely dead. It sounds as if once pressure was put on her and both families were wondering about his whereabouts, she killed herself. The reason for doing that is likely that she could not produce him and had done something to him.

If however, she was murdered, I guess someone could have him but then where was he the years prior and why would someone kill her only then? Unlikely.

Finally, one side of the family or the other could be lying and could have him and do not want the other side finding him or having contact with him but I think this is also unlikely.

They can't pressure her now to find out where he or his body is. I guess they could look at her former residences and in those areas. Her current residence should have told them whether there was any sign she had a child at the time she died. Other than that, I imagine with this late start, they will not find him easily and he could be anywhere.

If the trio lived together until Tyshan's death, it sounds as if Tyshan did not live with the mother of his child. I take the trio to mean the child, the SIL and the mother?

Tyson's age does not add up. They have him at basically 2 when his father died and it said 2 1/2 years later things began to change. That would make him 4 1/2 at that time. It is likely just the media and getting something wrong, not uncommon.

F/Y/I His father was murdered. I am fairly confident this is the same Tyshan/Tyshaun and the year is correct. Apparently it is unsolved. Apparently there was a second man shot who did not die (unless he died later).

Staff member
What a horror all the way around! It just seems like one bad thing after another was happening to this family. I do wish we knew what the mother did with Tyson and unfortunately I agree, I don’t think it’s going to be a happy ending.
You must log in or register to reply here.
Share:
Facebook Twitter Reddit Tumblr Email Share Link