On 5/26/2003 a human skull was found by a resident walking a dog. On 5/29/2003 additional remains, clothing and personal belongings were found nearby in a shallow grave apparently dug up by animals. The deceased was a petite, adult female who had at least one prior, full-term pregnancy during life. She may have spent time prior to her death in the White Mountain area near Piute Creek or the Valentine Reserve Ecological Area.

IDENTIFIED! #JaneDoe had at least one prior, full-term pregnancy during life. She was found in Mammoth Lakes, #CALIFORNIA in 2003

She may have spent time prior to her death in the White Mountain area near Piute Creek or the Valentine Reserve Ecological Area.


*Click the Report button on a case if you'd like it to be moved to the general discussion area to be opened for commenting*
Last edited by a moderator: Aug 15, 2021
Click to expand... 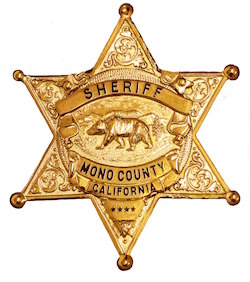 MONO COUNTY, Calif. - On May 2003, unidentified human remains were found buried in a shallow grave near Shady Rest Park in Mammoth Lakes, Calif. Initial investigation determined the remains were those of an adult female, approximately 30-40 years of age, with Native American ancestry from the...

Recently, with the advancements of DNA technology, investigators were able to identify those human remains to be that of a person positively identified as 30-year-old Isabel Sanchez Bernal, from Puebla, Mexico. Since the remains were identified, investigators from the Mono County Sheriff's Office have been working to solve the murder of Isabel.

On Friday, August 13, 2021, 47-year-old Mammoth Lakes resident Diego Santiago Hernandez-Antonia was arrested and is being held at the Mono County Sheriff’s jail facility on a no-bail arrest warrant for the murder of Isabel.

Staff member
Isabell was found not far from where I grew up and I’ve always wondered who she was. I’m so glad that the Mono County Sheriff’s Department sent her in for testing ! They aren’t a huge department and I’m very proud of them right now.
You must log in or register to reply here.
Share:
Facebook Twitter Reddit Tumblr Email Share Link