Carla Vicentini, a Brazilian exchange student arrived in the United States on a four-month work visa in January 19, 2006. Three weeks later she disappeared.

Carla was last seen at at approximately 2:00 a.m. at the Adega Bar and Grill where she left with an unknown man reportedly to look at a photo in the mans car. Several days after her disappearance her boss received a phone call in which somebody screamed for help. The FBI is investigating her case as a kidnapping.

CARLA VICENTINI has been missing from Newark, #NewJersey since Feb 9, 2006 under very suspicious circumstances! - Age 22

Carla was last seen at the Adega Bar and Grill where she left with an unknown man reportedly to look at a photo in the mans car. Several days after her disappearance her boss received a phone call in which somebody screamed for help. The FBI is...


*CLICK THE REPORT BUTTON IF YOU'D LIKE THIS CASE MOVED TO THE GENERAL DISCUSSION AREA TO BE OPENED FOR COMMENTING.
Last edited by a moderator: Monday at 3:40 PM 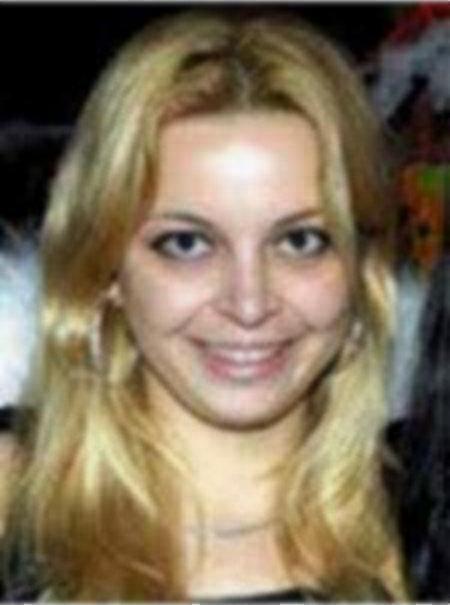 Reward:
The FBI is offering a reward of up to $20,000 for information leading to the arrest and conviction of the subject(s) responsible for the disappearance of Carla Vicentini.

Remarks:
Carla Vicentini has multiple body piercings. She also has the following tattoos: a gray angel on her back, a red and yellow chameleon on her left hip, and a tribal tattoo on her lower back.

Details:
Carla Vicentini was last seen leaving a bar and grill in Newark, New Jersey, during the early morning hours of February 10, 2006. At that time, she was thought to have been intoxicated and was seen with an unidentified white male. She told a friend that she was going outside the bar to the man's car to view a photograph. She has not been seen since she left the restaurant.

Tattoo of angel on her back

Tattoo of chameleon on her left hip

Tribal tattoo on her lower back 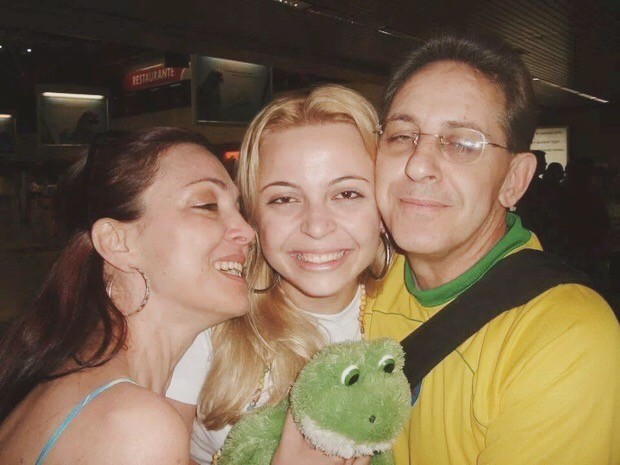 Carla with her parents before leaving Brazil for America
Last edited: Apr 5, 2020

Missing Since: 02/09/2006
Missing From: Newark, New Jersey
Classification: Endangered Missing
Sex: Female
Race: White
Date of Birth: 04/29/1983 (36)
Age: 22 years old
Height and Weight: 5'7, 130 - 140 pounds
Clothing/Jewelry Description: A white sleeveless shirt, a blue Hugo Boss jacket, blue or white jeans, light brown high-heeled ankle boots, a silver ball in her navel, a silver ball in her tongue, a Mormaii sports wristwatch on her left wrist, a large silver ring on her ring finger and two silver rope necklaces, one with a pendant.
Distinguishing Characteristics: Caucasian female. Blonde hair, brown eyes. Vicentini's nickname is Carlinha. She has a pierced tongue, a pierced navel and multiple ear piercings, and she has previously fractured the right side of her collarbone. Vicentini has the following tattoos: a red and yellow chameleon on her hip, a tribal design on her lower back and a dark gray angel with opened wings on her back. Photographs of the tattoos are posted with this case summary. Vicentini's native language is Brazilian Portuguese; she speaks little English.

Details of Disappearance
Vicentini was last seen at approximately 2:00 a.m. on February 9, 2006 at the Adega Bar and Grill in the vicinity of the 100 block of Ferry Street in the Ironbound neighborhood of Newark, New Jersey. She had gone there to visit a friend who worked at the restaurant.

Vicentini left the establishment with a man who is described as Caucasian, in his thirties, 5'8 and 200 pounds, with blue eyes, short salt-and-pepper hair and an unshaven beard. He was wearing a black t-shirt. Her companion has not been identified, but his first name may have been Antonio.

He and Vicentini were drinking and talking with each other before they left together; it is unclear how they could communicate, as Vicentini speaks little English and the man did not speak Portuguese, her native language. The man was reportedly quiet and sullen.

When Vicentini left with the man, she told her friend she was going to the man's car to look at a photo and to talk. She may have been intoxicated at the time.

It is believed that she returned to her residence on Ferry Street near the restaurant after she was last seen, as her wallet, passport and jacket were found there. She has never been heard from again. The man she was last seen with is considered a person of interest in her disappearance.

Several days after Vicentini went missing, someone called her boss's cellular phone and screamed for help. The caller has never been identified and it's unclear whether the call was related to her case.

Vicentini was born and raised in a small agricultural town in Brazil, and came to the United States less than a month prior to her disappearance; she was planning to stay a few months as part of a cultural exchange program. She had saved her money to go to the U.S. and was very happy about the opportunity.

Vicentini was initially assigned to work at a White Castle restaurant and live in a small motel room with several other women in the program, but she became unhappy with the arrangement, moved out and changed jobs.

She was an engineering student at the time she went missing, lived with a fellow exchange student, and had just started a job at the Mediterranean Manor.

Vicentini's disappearance has been well-covered in the media in Brazil and in Portuguese-language newspapers in New Jersey, but the mainstream American press has given it little attention. Authorities believe she disappeared under suspicious circumstances. Her mother believes she was murdered, since she never went more than a couple of days without getting in touch with her family. 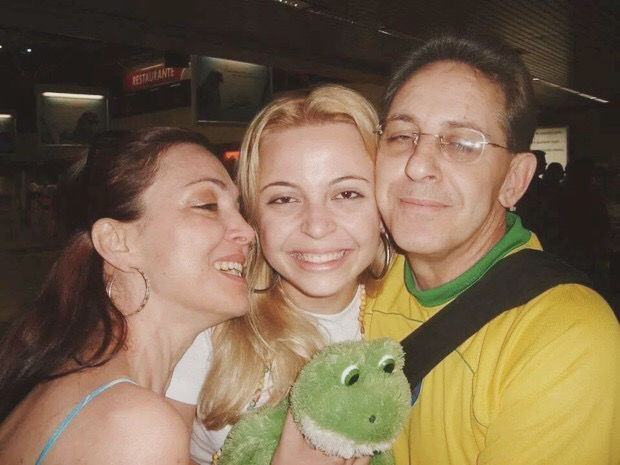 In an effort to keep this case in the spotlight, I’m bringing you a missing persons case that took place in February 2006. The mainstream American news barely touched on the story, but the small town of Paraná where Carla Vicentini is from covered the case intensely.

Carla went to visit a friend who was working at Adega Bar and Grill, a Portuguese restaurant in Newark, New Jersey, on February 9, 2006. She was seen drinking and talking with a man at the restaurant.


He is described as:
Carla told her friend that she was going to his car to look at a picture and talk, and she may have been a little intoxicated at the time that she went.

Carla was last seen leaving the restaurant around the 100 block of Ferry Street in the Ironbound neighborhood of Newark.

Police: Missing New Jersey Woman Might Be in Honesdale
Feb 22, 2006

NEWARK, NJ - The Newark Police Department is requesting the public's assistance in locating a missing Newark woman, 22 year old Carla Vicentini of Ferry Street. Police indicate she might be being held against her will in Honesdale, Pa. Vicentini was last seen by friends shortly after 2 a.m., February 9th at the Adega Bar and Grill located at 130 Ferry Street with an unknown Caucasian male with salt and pepper hair estimated to be in his 30s. Vicentini is a Caucasian/Hispanic approximately 5'7 in height weighing 140 pounds with blue eyes and blonde hair. She has a tattoo on her stomach and back and was last seen wearing a Blue Hugo Boss coat, blue jeans and a white shirt. Newark Police have received a single anonymous call that a woman was being held against her will in an apartment, possibly Apt. 12H in a location in Honesdale, Pennsylvania; however police have received no further information and have not confirmed whether the call was a tip or a hoax. Chief Mark Flynn, Honesdale Borough Police, reported they had received the same notice but had no additional information. Police urge anyone with information about this woman or her whereabouts to contact Newark Police's missing person detectives at (973)733-4336. 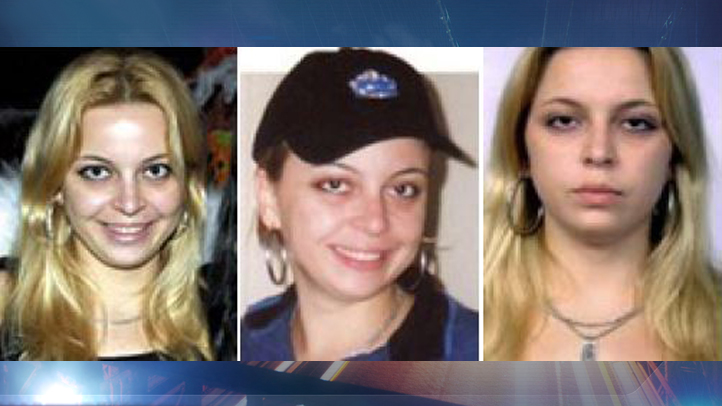 Carla Vicentini vanished Feb. 10, 2009, from a bar in Newark, N.J., just weeks after she moved to the U.S. from Brazil on an exchange program. Nine years after she disappeared, the FBI republished …

Carla Vicentini vanished Feb. 10, 2009, from a bar in Newark, N.J., just weeks after she moved to the U.S. from Brazil on an exchange program. Nine years after she disappeared, the FBI republished her photos and upped their reward in the case to $20,000. (Photo: FBI)

NEWARK, N.J. (PIX11) — Carla Vicentini wasn’t in the U.S. for a full month when she met a man at a New Jersey bar and vanished without a trace. That was nine years ago Tuesday and now federal investigators are increasing their reward for clues in Vicentini’s disappearance, hoping to finally solve the case.

A reward of $20,000 has been posted for tips leading to Vicentini or the man who led her from a bar in Newark shortly after she moved to the city.

Vicentini arrived in the U.S. on Jan. 19, 2006, as part of an exchange program with Brazil. She began working at a White Castle restaurant on Route 46 in Ledgewood, N.J., and lived at the nearby Roxbury motel for a few weeks until she moved with a roommate to an apartment on Ferry Street in Newark, the FBI said.

Early in the morning on Feb. 10, 2006, Vicentini went to Adega Bar and Grill — a Portuguese restaurant located at 130 Ferry St. in Newark — to visit her roommate who working as a waitress there.

It was about 2:30 a.m. when Vicentini left the bar with a man she had met just hours before, telling her roommate she was going outside to look at a photograph in the man’s car and promising that she would meet her back at their apartment a few blocks away.

But Vicentini was never seen or heard from again.

She is described as having blonde hair and brown eyes, standing about 5 feet 7 inches tall and weighing 140 pounds. She has three tattoos (pictured above): an angel on her upper back, a chameleon on her left hip and a tribal tattoo on her lower back. A native of Brazil, Vicentini spoke fluent Portuguese and limited English when she arrived in the U.S.

Little is known about the man with whom Vicentini left the bar that fateful night. Federal investigators said he is described as a white male, approximately 30 years old, of unknown nationality. He is about 5 feet 8 inches tall and 200 pounds, with a stocky build, fair complexion, light eyes and salt-and-pepper short hair.

The FBI will post Vicentini’s photo and news of the growing reward on digital billboards across New Jersey, hoping to stir up memories and finally solve the case.

Anyone with information in the case is urged to call the Federal Bureau of Investigation, Newark Division, at 973-792-3000.