Who killed Jack Robinson and why? Rosewood Boat Landing, South Carolina on August 17, 1996

Back in 1996 three witnesses told deputies they saw Jack walking with someone before he was stabbed.

The witnesses told investigators it looked like jack and the guy knew each other.

But a few moments later they heard someone yelling.

They described Mr. Robinson the older gentleman of the two retreating. He was also heard making the statement I’ll give you money, I have money. Moments later Mr. Robinson came running out of that area that they’d seen a fight he was clutching his abdomen and screaming for help, says Major Stan Smith, Richland County Sheriff’s Department.

And those witnesses helped police come up with this sketch of the suspect.

At the time of the murder the suspect was described as a Hispanic male with olive complexion.

Investigators believe he could have been between 25-35 years old.

The perpetrator did not play this out well. He allowed himself to be seen in broad light. He’s running on foot from the location. That tells you this is what we call a disorganized crime, says Major Smith.

A crime police looked at Max Knoten for.

Major Smith says Knoten was wanted in a double murder that happened just one year after Robinson was killed.

Investigators say he dumped two bodies at a boat landing off highway 601.

For police it was worth looking at Knoten because Robinson was also attacked at a boat landing.

Later investigators thought they had another break

After finding a knife in the Rosewood boat landing area.

But testing showed it wasn’t linked to the murder.

Police began looking into Robinsons background talking to people who knew him.

And Tammy says her family was shocked by what deputies told them.

He was murdered by his gay lover. Well off course all of us dropped our teeth because that was not something none of us were prepared to hear, says Downs.

But Major Smith says– according to the file he’s working with today Robinson went to places that were known for gay activity.

We don’t want to disparage our victim in any way and his family. That’s what the investigation showed. Not so much that Jack Robinson was gay were not saying that,?? says Major Smith.

What Major Smith is saying is that the more they know about Robinson the closer they could be to finding his killer.

This is one of those type cases where you may know who this individual is and not realize that you have this information until something rings a bell for you, says Major Smith.

Sheriff Leon Lott says the suspect could now be between 42-52 years old.

If you know the name of this suspect.

Send us a Tip at: tips@fugitive.com or

For an immediate sighting, please dial 9-1-1

Click on Photo Above to Watch Video Newscast ID #15-452 COLUMBIA (WACH) — “Why was he murdered I don’t know did he know this person we don’t know that either. Questions Tammy Downs has lived with for nearly nineteen years now with no answers. Her father Jack Robinson was stabbed several times...

Staff member
A lot of information on this cold case can be found here: In August of 1996, newly-retired Jack L. Robinson was prepared to start the next chapter of his life. On an uneventful summer day, Jack went down to the Rosewood Boat Landing in his old neighborhood of Olympia. He started talking to a younger man, and the two walked into a nearby clearing. Soon, the

Staff member
A picture of the suspect: 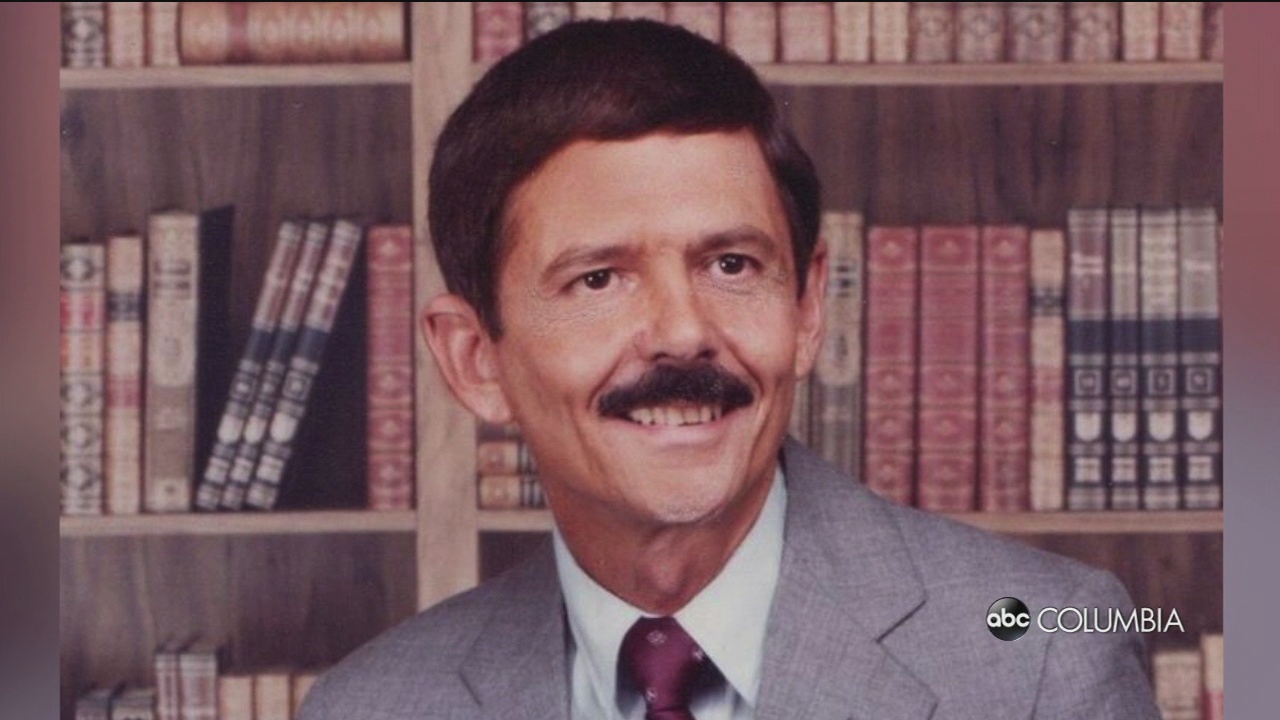 RICHLAND COUNTY, S.C. (WOLO) — The Richland County Sheriff’s Department needs your help in identifying a suspect in the murder of a Columbia man 24 years ago. Authorities say Jack Robinson, 65, was stabbed and killed near a boat ramp near Rosewood Avenue back in August 1996. Witnesses saw the...

Richland Co. seeking public’s help in identifying suspect in murder of Jack Robinson back in 1996​

The Richland County Sheriff’s Department needs your help in identifying a suspect in the murder of a Columbia man 24 years ago.

Authorities say Jack Robinson, 65, was stabbed and killed near a boat ramp near Rosewood Avenue back in August 1996. Witnesses saw the suspect, and a sketch was produced by deputies, but the case remains unsolved.


Flash forward to 2020, and Richland County investigators are still on the case. Now, deputies have a new tool at their disposal: an age-enhanced sketch that takes the original 1996 sketch of the suspect, and ages the face to match what the suspect could look like now.

“This particular situation is the first time we’ve used this new computer technology to enhance a composite sketch and also an age-progression of that, so we’re excited about the possibility it may lead us to identify him or give us a new lead just hearing the story once again,” said Lt. Kevin Isenhoward of the Richland County Sheriff’s Department.

Downs says she will not stop telling her dad’s story until someone gives them the name of the man who caused her family 24 years of pain. She says she posts about him often on social media, hoping one day someone comes forward and helps them solve the case.

“When you have somebody killed, it tears you apart, and it never leaves you,” Downs said. “So I just beg anybody that may know something to please call because I would like to have it solved.”

If you know the man in the sketch or have information about what happened that August day, call the Richland County Sheriff’s Department or Crime Stoppers at 1-888-CRIME SC.

Interesting to do a story on a new photo and not actually share it... It's in the video for about one second:

Staff member
Found on Facebook. Original (enhanced) on the left. Age-progressed on the right.