On November 15, 1987, in a remote area near the north shore of Twin Buttes Lake southwest of San Angelo, Texas, two boys, who had gone there fishing, discovered the skeletal remains of an unidentified male. Lying in a field at the end of a caliche road off of FM 2166, the deceased was wearing jeans, undershorts, and white socks (no shoes) when he died. An autopsy revealed the young man was between 17-27 years old, probably White and Caucasian or Hispanic, stood 5’8, and weighed about 160 pounds. The cause and manner of death could not be determined, and while there were no signs of foul play, investigators think eventually the case will be determined a homicide based on the fact he was found without shoes in the middle of mesquite bushes with clean white socks. That’s why the case is known by some investigators as “White Socks”.

Details of Recovery
Inventory of Remains: All parts recovered
Condition of Remains: Not recognizable - Partial skeletal parts only

#JohnDoe was found in the middle of mesquite bushes with clean white socks. How did that happen? #TEXAS 1987

On November 15, 1987, in a remote area near the north shore of Twin Buttes Lake southwest of San Angelo, Texas, two boys, who had gone there fishing, discovered the skeletal remains of an unidentified male.


*CLICK THE REPORT BUTTON IF YOU'D LIKE THIS CASE MOVED TO THE GENERAL DISCUSSION AREA TO BE OPENED FOR COMMENTING.
Last edited: Jan 9, 2022 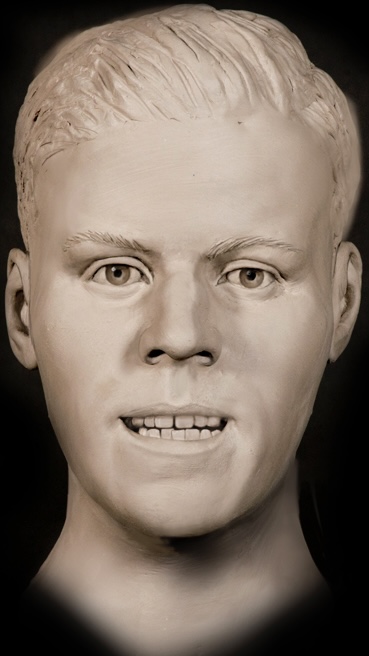 "White Socks" was a teen or young adult found near Twin Buttes Reservoir near San Angelo, Texas. He was nicknamed so due to the white socks he was found wearing upon discovery. He is currently undergoing testing by the DNA Doe Project. Two boys stumbled across the decedent in knee-high grass...

In 1987, a body was found near Twin Buttes Reservoir. Dubbed 'White Socks,' his identity has remained secret, but new DNA could place his home.
www.gosanangelo.com
DNA matches add new information toward the identity of San Angelo John Doe, 'White Socks'

An unknown body found near Twin Buttes Reservoir in 1987 is closer to possibly being identified, according to a Tom Green County Sheriff's Office news release.


Since the discovery, the sheriff's office has pursued facial reconstruction and DNA technology in the hopes of finding out "White Sock's" real name. A familial DNA search yielded more about his origins.

The ethnicity breakdown showed his ancestry was mostly Spanish, likely from colonies in Central and South America, according to the release. His DNA also closely matched a Colombian sample, meaning he was likely from that region.

The sheriff's office is planning to continue checking matches on GEDmatch.com and FamilyTreeDNA.com, websites that compile data from users, according to the release.