Staff member
Since 2011, UNTCHI has managed the NamUs program. Now, the NIJ will no longer be funding them. Hopefully another organization will be able to pick up the database.
NamUs is not "going away", but I suspect some hiccups in the near future, with significant impacts on DNA/forensic testing.

“Due to funding limitations and significant program modifications directed by the National Institute of Justice (NIJ), beginning January 1, 2021, the UNT Center for Human Identification (UNTCHI) management and operation of the National Missing and Unidentified Person System (NamUs) will cease. UNTCHI will no longer be able to support NamUs stakeholders with any analytical or case support; victim services; system development; or new forensic services. The forensic services include: DNA typing (currently suspended), fingerprint examination, forensic odontology, and forensic anthropology (currently suspended). Effective immediately, NamUs will also be unable to support states that have passed legislation mandating the use of NamUs, including bulk data import needs.

UNTCHI at the University of North Texas Health Science Center has been proud to manage NamUs through a cooperative agreement with NIJ since October 1, 2011. However, despite our best efforts over the past several months to reach a sustainable solution, the sweeping program changes being mandated by NIJ at this time make it untenable for UNTCHI to continue management of NamUs.

We deeply regret the negative impact this situation will have on the thousands of NamUs criminal justice and public customers and stakeholders across the country. NamUs is the only program of its kind in existence, and we hope the program can continue its important work for agencies and families nationwide.”

Thank you for reaching out about the National Missing and Unidentified Persons System (NamUs). NamUS is a wholly-owned asset of the U.S. Department of Justice and a critical tool for law enforcement and our citizens nationwide. Database and search services offered through NamUs are operationally located within the Office of Justice Programs and will continue to be available to law enforcement agencies and members of the public. The University of North Texas Center for Human Identification (UNTHCI) that has administered the DNA testing and other parts of the NamUs system has not accepted their FY 2020 award of $4.2 million.
The National Institute of Justice is committed to NamUs as a vital tool for investigators and the loved ones of the missing across this country, and is expediting funding vehicle options that will ensure NamUs services are provided by the best means possible.

Q: Is it true that NamUs is going away (National Missing and Unidentified Persons System)???

A: NamUs is not going anywhere. it will just be administered by someone else. NamUs is owned by the DOJ, not UNTCHI. We have also been reassured that DNA extracts housed at UNT will continue to be available to agencies for our future cases.

Staff member
That explains why we found a couple of quieter cases on here where it appears the people are alive and well. This is a difficult time to go through a transition, but I hope they find a way to get it done. This is a very important database. 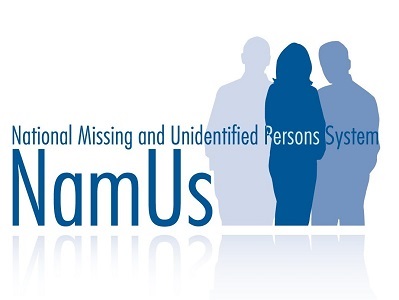 NamUs is Back: UNT Accepts Award to Manage Program Days After Announcing its Withdrawal

After initially announcing on Friday they would cease to manage NamUs, the UNT Health Science Center's UNT Center for Human Identification (UNTCHI) has backtracked. On the evening of Tuesday, Dec. 8, UNTCHI accepted the $4.2 million award to continue to manage the missing persons program.
www.forensicmag.com

NamUs is Back: UNT Accepts Award to Manage Program Days After Announcing its Withdrawal​

After initially announcing on Friday they would cease to manage NamUs, the UNT Health Science Center's UNT Center for Human Identification (UNTCHI) has backtracked. On the evening of Tuesday, Dec. 8, UNTCHI accepted the $4.3 million award to continue to manage the missing persons program.

“NIJ can continue the online system service without UNT, but would prefer to maintain the relationship in order to address the existing backlog of casework and much needed attention to tribal communities. UNT recently accepted the award (evening of Tuesday, Dec. 8) and NIJ is looking forward to the continued partnership,” an NIJ spokesperson told Forensic Wednesday afternoon EDT.

NamUs is a wholly owned asset of the U.S. Department of Justice, but UNTCHI has managed the program since 2011. Currently, NamUs database and search services are operationally located within the Office of Justice Programs, but UNTCHI supports most of the forensic work, including DNA typing, fingerprint examination, forensic odontology and forensic anthropology.

After some panic and confusion, UNTCHI removed the statement and accepted $4.3 million in funding just five days later on December 9 to continue to manage the missing persons program. Two days after that, on Dec. 11, 2020, the National Institute of Justice (NIJ) put out a request for proposals to manage NamUs. The deadline to submit recently expired and today, NIJ said they expect to award a new contract by April 2021.


“Generally, federal grants are meant as short-term exercises in capacity building and not to underwrite long-term projects, certainly not on the scale of NamUs,” explained Lucas Zarwell, director of the Office of Investigative and Forensic Sciences at NIJ. “Because the NIJ intends NamUs to last, later this year we will begin administering the program through a multi-year contract. A contract will allow us to continue the program indefinitely and give NamUs direct federal oversight, ensuring its transparency to the American taxpayer.”


The new service agreement/contract is effective for 5 years, with a transition period built in as a deliverable to ensure no disruption of service. That same transition period will occur if UNTCHI hands over NamUs to another entity come April. Currently, DNA typing and forensic anthropology are suspended at UNTCHI, but the NIJ told Forensic there is a grant coming to revive those soon. Those two services will then continue during the new contract, in addition to fingerprint examinaton, forensic odontology and databasing.


If UNTCHI submitted a proposal, it’s possible the center could continue to manage NamUs as it has for the past decade. For the first time in a while though, there are alternatives—NIJ could award the contract to another entity who completes all casework in-house, or the entity may work on some casework but sub-contract with others for the remainder. In this case, UNTCHI could become a subcontractor, working with whoever manages NamUs. At this point, however, it’s too early to tell if UNTCHI will have a role in NamUs, and if they do, what exactly it will entail.

In their now-revoked statement, UNTCHI said “funding limitations and significant program modifications directed by the NIJ” were to blame for the sides’ initial inability to reach a cooperative agreement. However, the center did ultimately accept the $4.3 million award that was included in the DOJ’s FY 2021 budget.


The $4.3 million was an increase of more than $2 million from the year prior. Typically, the DOJ grant hovers in the $2.0 to $2.5 million range. Over the years, however, NIJ has provided millions in funding each year from other sources, including the “DNA and Other Forensic Activities” appropriation and the “Violence Against Women” program. That was the case in 2020 as well, with NIJ awarding UNTCHI almost $8 million to continue NamUs database and testing services and “to eliminate a backlog of forensic casework accrued by the center,” Zarwell said.


The funding provided from “other” grants has been necessary to meet the rising demand of the last several years. In the last decade, missing persons casework submitted to NamUs has increased more than 350 percent—rising from about 10,000 cases in 2011 to more than 46,000 in June 2020. Additionally, the number of unidentified persons cases has more than doubled during roughly the same time period, from fewer than 9,000 to over 18,000 cases in 2020.


“Thousands of medical examiners, coroners, investigators and members of the public have turned to NamUs services in recent years, and their numbers continue to grow as more states require investigating agencies to submit cases to the program,” Zarwell said.


And NamUs has come through. As of January 2021, the program has played a vital role in solving more than 2,700 missing persons cases and identifying over 2,000 individuals from their remains. While accomplished, that’s only a small percentage of cases.


Data from the Bureau of Justice Statistics indicate that an estimated 4,400 unidentified human bodies are received in medical examiners' and coroners' offices in an average year. Of those, about 1,000 remain unidentified after one year. At the end of 2019, more than 87,000 active missing persons cases were on file in the FBI’s National Crime Information Center, and more than 8,100 sets of human remains had been submitted for analysis. To make matters worse, based on surveys of coroners and medical examiners, the latter number likely represents only a small percentage of the total unidentified decedents recovered in the United States.


“Fourteen years ago, NIJ recognized this accumulation of unsolved cases as a national ‘silent mass disaster’ and began laying the groundwork for [what would become NamUs],” said Zarwell. “We will make the investments necessary to ensure the continuity of this vital public safety program while allowing it to evolve in tandem with the challenges facing investigators and forensic professionals. Our partners in law enforcement demand it, and the families of the missing deserve no less.” 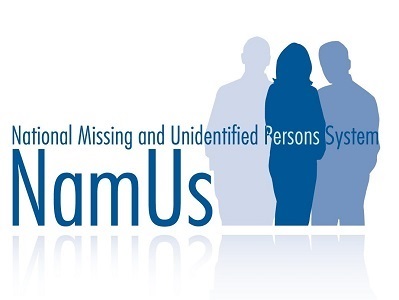 NamUs May Get a New Managing Entity in April

In December 2020, the National Institute of Justice put out a request for proposals to manage NamUs. The acceptance period has now ended and today, NIJ said they expect to award a new contract for services by April.
www.forensicmag.com
You must log in or register to reply here.
Share:
Facebook Twitter Reddit Tumblr Email Share Link