Tracy Jay Bastion was last seen in Montrose, Colorado on October 21, 1994. He had planned on going hunting with friends but never showed up.

Tracy Jay Bastion was last seen in Montrose, Colorado on October 21, 1994. He had planned on going hunting with friends but never showed up.


*CLICK THE REPORT BUTTON IF YOU'D LIKE THIS CASE MOVED TO THE GENERAL DISCUSSION AREA TO BE OPENED FOR COMMENTING.
Last edited by a moderator: Jan 14, 2022

Tracy Jay Bastion was last seen in Montrose, Colorado on October 21, 1994. He had planned on going hunting with friends but never showed up. His friends left without him. Anyone with information regarding this case is asked to please contact the Montrose Police Department. 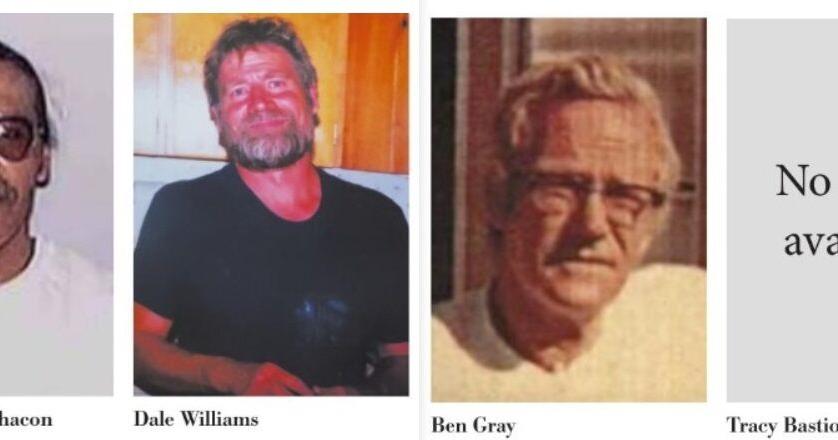 About 42 years have passed since Ben Gray was last seen in Montrose, and last year marked the 20th since Dale Williams was last heard from on the West End.
www.montrosepress.com
Montrose cases highlighted in Colorado Bureau of Investigations annual Missing in Colorado event

Missing in Colorado is coming up Aug. 22. It provides the families of missing persons the opportunity to speak with other victims and victim advocates, as well as access to resources.

Because of the ongoing COVID-19 pandemic, the event will be held virtually this year for families of people who have been missing for more than one year in the state. Families are asked to visit Missing in Colorado Event to be redirected to the link to join the virtual event, starting at 10 a.m. Aug. 22. Also, a team of CBI victim advocates will be answering a dedicated phone line, 303-239-4242, from 10 a.m. - 3 p.m. that day.

In Colorado, there are 1,340 active missing persons cases; of these, 579 people have been missing for more than one year.

Tracy Bastion, 33, was reported missing Oct. 21, 1994, after he failed to show up to a planned hunting trip. His vehicle was found parked at his home on South Sixth Street, and his wallet was in the house. Nothing appeared to be missing from the home.

Although there were reported sightings of Bastion after he was reported missing, police were not able to confirm them.

Bastion is described as 5-feet-10, weighing 150 pounds, with a scar on his right elbow, a scar on his abdomen, a tattoo on his left forearm, showing an unfinished Grim Reaper. There is a tattoo of a woman on his upper left shoulder and a mole on his neck. At the time of his disappearance, Bastion wore his hair long.