Teekah's photo is shown age-progressed to 17 years. She was last seen on January 23, 1999, at approximately 10:30 p.m. at the New Frontier Lanes bowling alley in Tacoma, Washington. Teekah is Biracial. She is Black and American Indian. Teekah was wearing a Tweety Bird T-shirt, white sweat pants and Air Jordan sneakers. She has eczema, with a skin discoloration on her face and left side of her buttocks. Teekah's ears are pierced. When she was last seen, her hair had a silver streak on the front right side. Teekah may require medical attention.
- - - - - - - - - - - - - - - - - - - - - - - -

Teekah and nearly a dozen of her family spent the evening of January 23, 1999 at New Frontier Lanes bowling alley on Center Street in Tacoma, Washington. Teekah was last seen playing a race car video game in the arcade section of the alley between 10:00 and 10:15 p.m.

She was a few feet from her family members and approximately six feet from the building's exit. Teekah's mother, Theresa English, said that she turned away for a moment and the child vanished. She has never been seen again. An extensive search of the area produced few clues as to her whereabouts.

A witness at the bowling alley told authorities that an unidentified maroon Pontiac Grand Am sped out of the parking lot during the night Teekah disappeared. The vehicle may have had four doors and was possibly a late 1980s or early 1990s model with dark-tinted windows and a large spoiler.

Another witness stated that an unidentified Caucasian man may have followed a child to one of the alley's exits during the night. The individual is described as being in his thirties with shoulder-length brown hair, facial pockmarks, a mustache and a large nose. Investigators do not know if the vehicle or the unidentified man are connected to Teekah's case.

Have you seen this child? TEEKAH LEWIS

Missing From: TACOMA, WA. Missing Date: 01/23/1999. Teekah's photo is shown age-progressed to 17 years. She was last seen on January 23, 1999, at approximately 10:30 p.m. at the New Frontier Lanes bowling alley in Tacoma, Washington. Teekah is Biracial. She is Black and American Indian. Teekah...
api.missingkids.org
NamUs -

TEEKAH LEWIS has been missing from a Tacoma, #WASHINGTON bowling alley since 23 Jan 1999 - Age 2

Teekah and nearly a dozen of her family spent the evening at New Frontier Lanes bowling alley. She was a few feet from her family and six feet from the building's exit. Teekah's mother said that she turned away for a moment and the child...

It has been 21 years since 2-year-old Teekah Lewis vanished from a Tacoma bowling alley. For the first time, a witness from that night is telling his story publicly about a man he saw with Teekah.

Detectives feel this could be the lead that might break the case wide open.

The witness, who Q13 News is calling John, was 17 when he and his family spent their Saturday night at New Frontiers Bowling Alley in Tacoma.

“We’d gone to that bowling alley plenty of times. It’s the kind of place where people can go with their families and kids just roam,” says John.

New Frontiers was often crowded, especially on weekends, but in a sea of people, one was memorable to John.

“I had to use the restroom, so I went towards where the restrooms were. This rude guy bumped into me, with this little girl, and he was white - the little girl was mixed ... I just thought it was a father rushing his daughter to the restroom.”

John says the moment stuck with him because the man bumped into his shoulder hard but didn’t apologize. He seemed to be in a rush. The rest of the night went on and seemed normal until John and his family walked out to leave and noticed police in the parking lot.

But John says officers didn’t disclose what, or who, they were looking for.

A couple of days later, John saw the little girl from the bowling alley plastered all over the news. That was when he realized the man he’d seen with the child he’d later know to be Teekah Lewis was not her father.

Now the 2-year-old was gone and John felt helpless, but he knew he had to say something. He was interviewed by police in January 1999 but never heard anything after that.

He often wondered if his information was irrelevant or not useful to law enforcement.

It wasn’t until two decades later that a cold case investigator combing through thousands of pages in the case file came across John’s information and instantly knew it was significant.

“This witness actually describes an encounter with Teekah by this individual and the description of the individual is not generic. It’s specific and it’s detailed and unique enough that the description can maybe identify the last person who maybe had contact with Teekah,” says Det. Steven Reopelle.

When Reopelle contacted John, his memory of the man’s face remained the same.

“A gentleman with pockmarks ... he was holding this little girl’s hand when he bumped into me and I was thinking 'this is the rudest person in the world,'” says John.

Pockmarks could be the key.

“I was unfamiliar with this individual with the pockmarked face, so as I was reading through the file and I saw that I did think it was important right away and I thought maybe this is the one piece of information that could break this case open,” says Reopelle.

And when the detective kept combing through the file, he found another tip that stuck out to him. This one came in while a news crew was out at the bowling alley.

“About a week after Teekah’s disappearance they were filming a reenactment down at the bowling alley and someone who was standing there watching noticed a person with a pockmarked face who was also watching the reenactment, and the witness who called in thought he was acting strangely,” says Reopelle.

At that time there would’ve been no way for the caller to know a man with pockmarks had come up in the investigation.

Det. Reopelle says the man they’re looking to identify is white, 5 feet 11 inches tall with a husky build. He’s described as having shoulder length curly brown hair with a thick mustache and a heavily pockmarked face.

The night of Teekah’s disappearance he was wearing a blue plaid shirt and faded jeans. 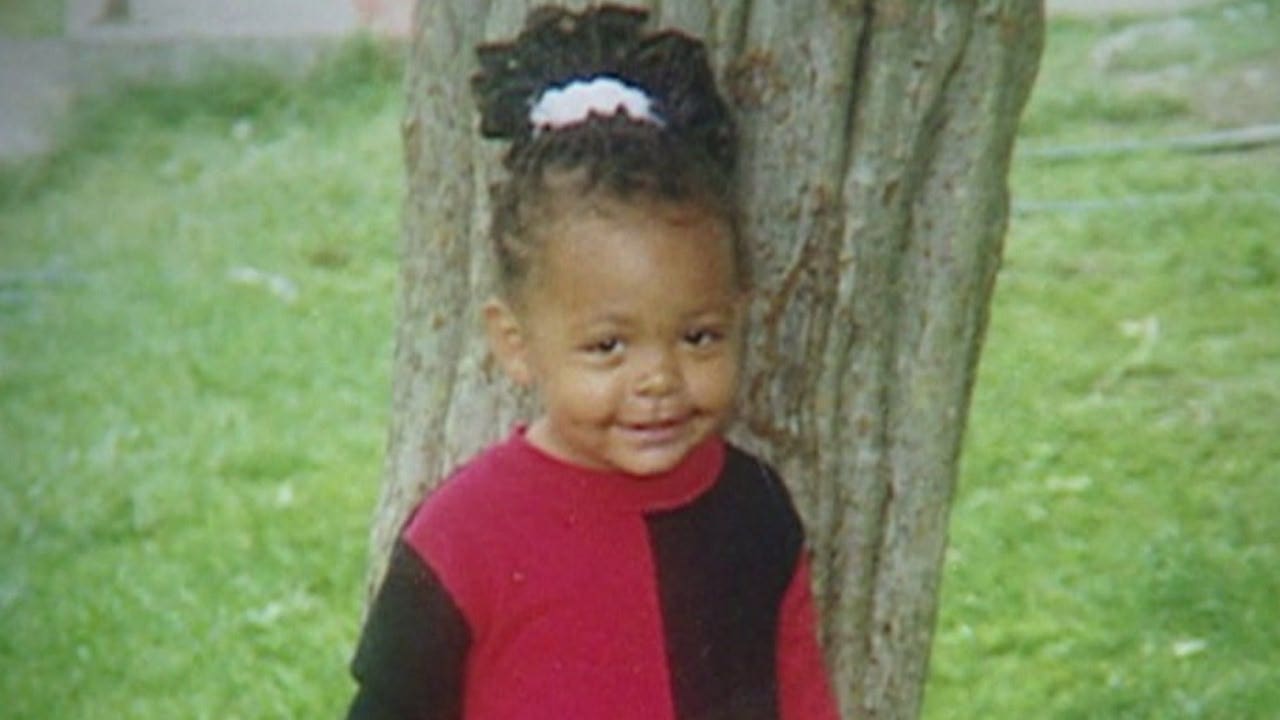 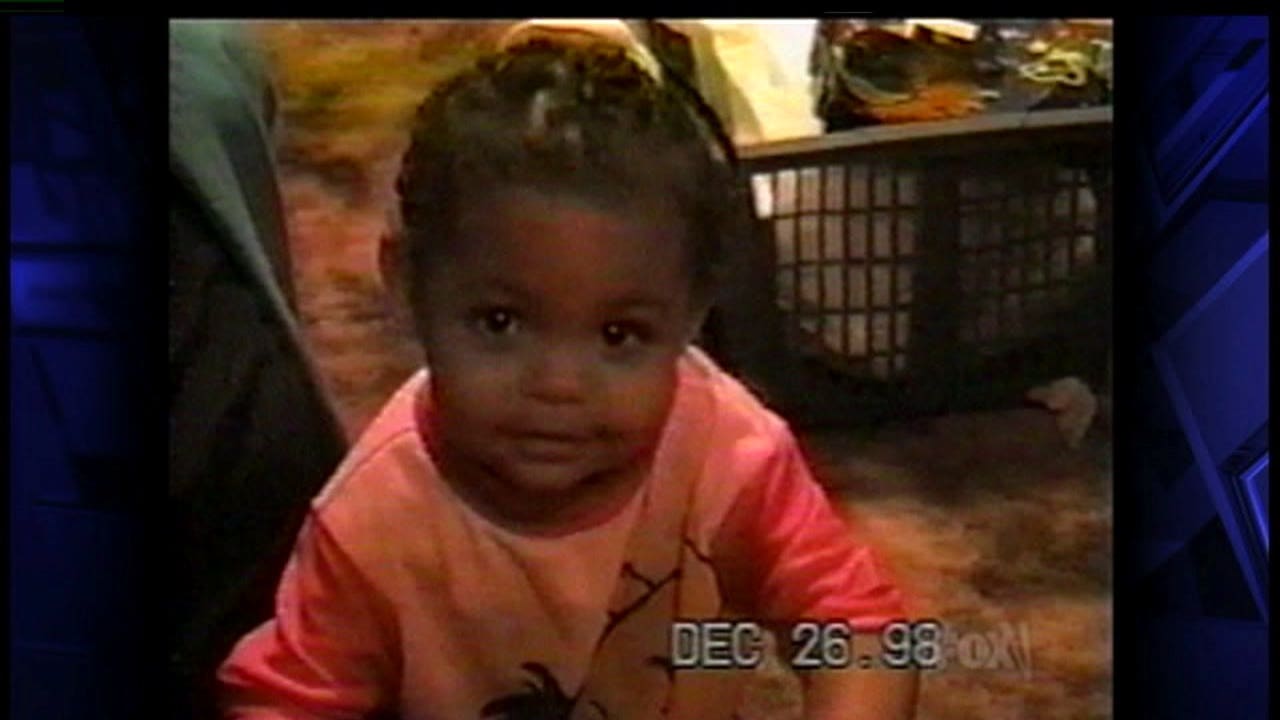 Then there are cases, albeit rare, but still horrifying: stranger abductions.

Such seems to be the case in the haunting disappearance of 2-year-old Teekah Lewis, who was taken from a Tacoma bowling alley in 1999. It's a case that Agent O'Reilley says the department will never give up on.

"That certainly is one that's solvable, its something we have a lot of information and we're looking for more information from the community to find out exactly what happened."

The gut-wrenching unknowns consume Teekah's mother no less now than they did 21 years ago.

"I need to know what happened to my baby," says Theresa Lewis.

Earlier this year Q13 News shared an interview with an eyewitness who saw a Caucasian man with shoulder lengthy curly hair, a thick mustache, and a heavily pockmarked face walking with the toddler towards the exit.

"Out of 21 years this is the first year that I've ever felt that she wasn't coming home, and it breaks my heart because all these years, I really thought she would come home...all I've ever wanted in 21 years is answers."

It's the anguish, heartbreak, and nightmare of it all that fuels the agents to work harder than any of us could ever know.

"I think the hardest part of the job is also the best part of the job, its that you're working cases, knowing the background of these children, and you're working with their loved ones and they're telling you stories about their childhood, so it's not just a case to us; it's's a child. And you know their loved ones and you want to be a part of adding to the next chapter of their future," says Agent O'Reilley.