Circumstances of Disappearance
Walsh was last seen at her home in Nutley, New Jersey on July 16, 1996.
Walsh had been depressed and had attempted suicide.
She was a journalist, and occasionally worked as a stripper to support herself. Walsh had written a string of freelance stories for the New York weekly. Her most acclaimed article told how the Russian mob forced immigrant women to work in strip clubs. She also worked on her master's degree in writing at New York University.
At the time of her disappearance her life had taken on a downward spiral. She had started drinking after 12 years of sobriety, and was getting sick.
She was off her medicines and became increasingly paranoid, telling friends she was being targeted by stalkers and mobsters. She also worked as an exotic dancer at some skeezy places.

Her estranged husband told police that she went to use a pay phone less than a block from their Washington Street apartment in Nutley. According to police there is no record of any outgoing calls made from the pay phones near Walsh's apartment the morning of her disappearance.
Walsh and her son lived on the ground level of a rundown brick tenement in a mostly commercial strip on Washington Street. Her husband lived in a connecting basement apartment below. She left her purse, keys, pager and 11-year-old son behind, and was never seen again.
Foul play is suspected.

Investigators
If you have any information concerning this case, please contact:

NCIC Number: M945727001
Please refer to this number when contacting any agency with information regarding this case.

At the time of her disappearance her life had taken on a downward spiral. She had started drinking after 12 years of sobriety, and was getting sick. She was off her medicines and became increasingly paranoid, telling friends she was being...

www.crimewatchers.net
Last edited by a moderator: Dec 3, 2020
Click to expand...


Susan's Unsolved Mysteries episode. Her case is shown at the 28:51 minute mark.


Susan Walsh's Disappeared episode. This documentary pretty much covers all the circumstances of her disappearance. 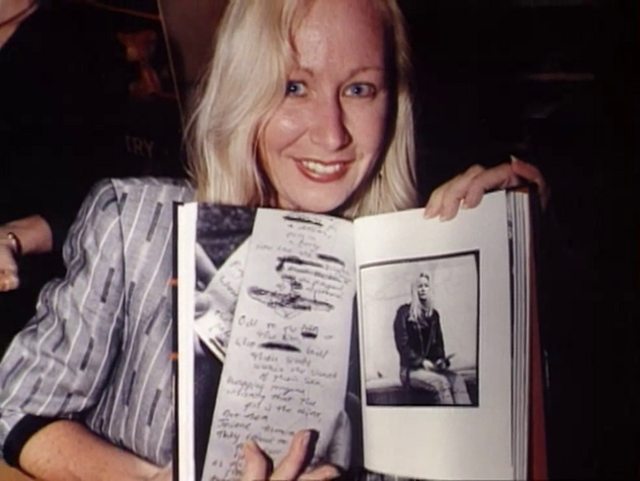 In June 1996, Susan attended a book launch party for a book by James Ridgeway and Sylvia Plachy titled 'Red Light: Inside the Sex Industry' to which Susan was the primary researcher. Susan is also featured in the book as a dancer. Ridgeway described Susan as the most dependable person that ever worked for him. 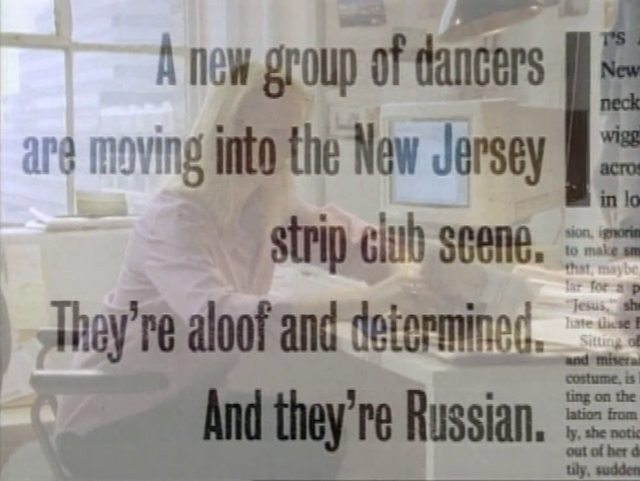 Headline of one of the articles Susan wrote about the Russian mob.

Susan also wrote an investigative article in the Village Voice exposing an influx of Russian women in New Jersey strip clubs, most of whom were trafficked to the United States with promise of a career in classical dancing but ended up working as strippers. Susan expressed fears for her safety after publishing the article.
Last edited: Feb 10, 2020

Woman vanishes and so does a page from her calendar - CNN.com

She was a nightclub dancer, a mother, an aspiring writer.

Woman vanishes and so does a page from her calendar
By Alexis Weed, Nancy Grace
December 7, 2009 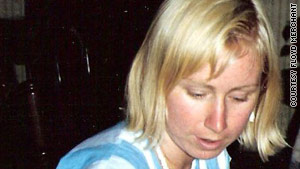 (CNN) -- She was a nightclub dancer, a mother, an aspiring writer. And torn from the calendar where she kept her daily schedule was the month she disappeared: July 1996.

Susan Walsh, who was 36 at the time, was last seen around noon on July 16, 1996. She told her estranged husband that she was headed to a pay phone a half-block from her apartment in Nutley, New Jersey.

Walsh and her husband, Mark, had been home in their connecting apartments with their 11-year-old son, who was asleep, said Detective Lt. Steven Rogers of the Nutley Police Department.

"No one actually saw her leave the house," said Rogers, who became involved in the case in 2003 when he was assigned to command the department's detective bureau. "No one saw her on the phone."

Walsh had just written a story about immigrant strippers allegedly controlled and exploited by the Russian mob.

"This opened up a threat to her," said her father, Floyd Merchant. She believed two contracts had been issued for her murder after the story appeared in The Village Voice, said Merchant. She feared for her life, he said, and had begun drinking again after 11 years of sobriety.

Now, 13 years later, the idea that the publication of Walsh's story led to her disappearance remains just a theory.

"I don't believe at this point there's any connection," Rogers said.

Despite her passion as an aspiring journalist, Walsh struggled to escape the lure of easy money she earned working as a nightclub dancer in the New York City metro area, her father said. She had been working in clubs for four years, in part, Merchant said, to support her son. Her dancing experience gave her access to the clubs, where she collected information for her story.

"She stretched herself in 20 different directions," Merchant said. Walsh's potentially risky lifestyle fueled speculation that she vanished on purpose.

"They did believe that, at one time," Merchant said. "That she walked away on her own." He said he believed his daughter's dancing discredited her with police and detracted from the investigation. 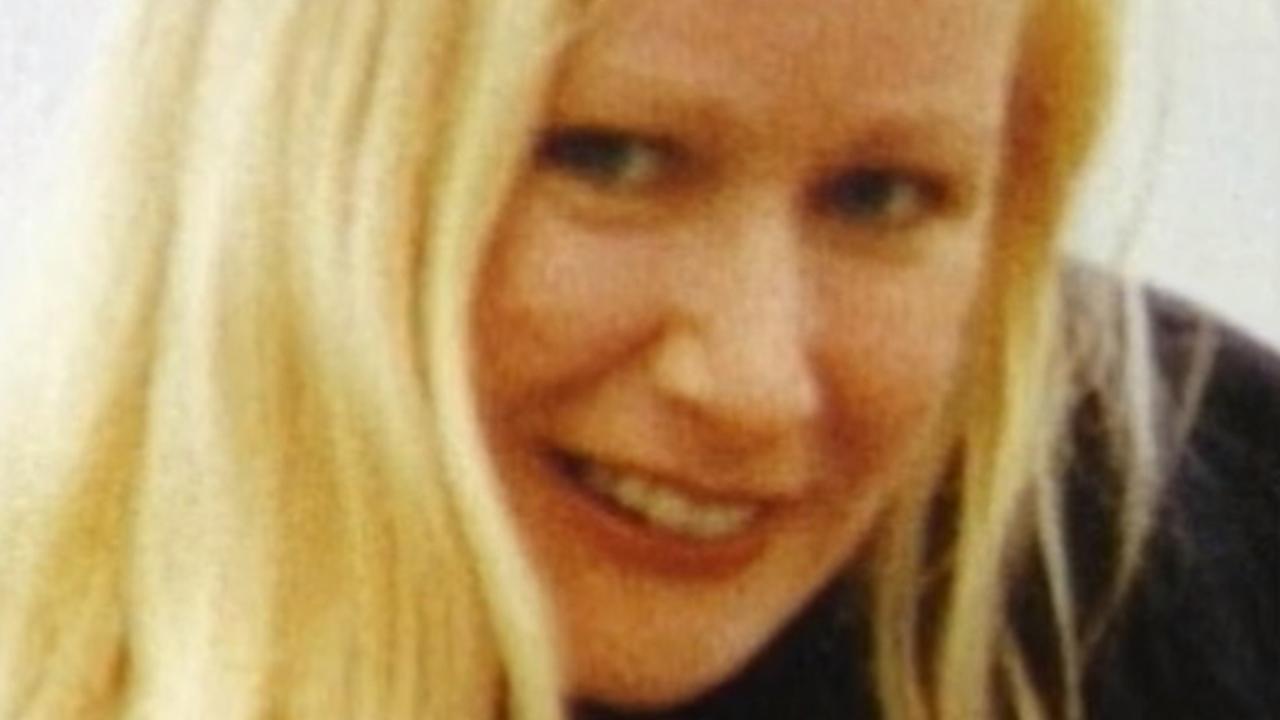 The journalist who took on a strip club ring, then disappeared

THE acclaim that journalist Susan Walsh was getting for her latest Village Voice piece was beginning to make her feel unsettled.

The journalist who took on a strip club ring, then disappeared
Nathan Jolly
news.com.au October 20, 2018

THE acclaim that journalist Susan Walsh was getting for her latest Village Voice piece was beginning to make her feel unsettled.

The article was an exposé into a strip joint ring, and alleged that members of the Russian mob were exploiting young female immigrants, forcing them into sex work. Walsh, 36, had worked as an exotic dancer on and off since she was in college, and was privy to the inner workings of the industry. Most recently, she had worked in a number of clubs in New Jersey, which was where she got most of her intel for the article.

Not surprisingly, such a piece didn’t sit well with some, and Walsh started to fear she was being followed. She told her father she was worried about someone having her killed, believing there were two separate contracts out on her life, and had started drinking again, after 11 years of sobriety. Around the time her article was published, Walsh was also working as primary researcher on a book named Red Light: Inside The Sex Industry, which further exposed the corrupt and criminal ways of the industry.

She also gave an interview for a 1996 film Stripped about exotic dancers, in which she explained how disenchanted she had become with the industry. Walsh was making enemies. During her interview, her beeper went off and she laughed and said it “must be my stalker”. Turning serious, she added: “No, I do have a stalker.” Walsh went missing two days later.

On the day of her disappearance, Susan left her apartment on 32 Washington St. which she shared with her estranged husband Mark and her 10-year-old son. Susan stated she was going to make a couple phone calls on the public phone and would be back. Susan left her wallet, pager and other personal effects behind and hasn't been seen since.

An employee from the pizza parlor across the street from her home however stated he saw Susan walk back into her house after she made the phone call. 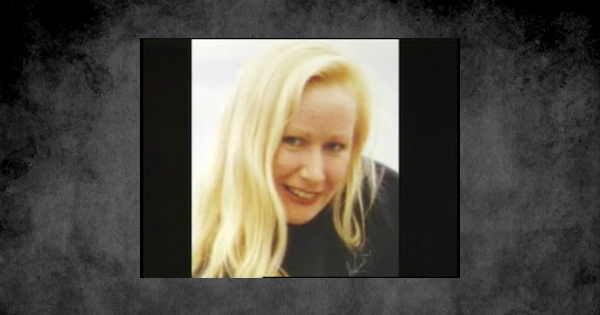 A stripper-turned-investigative reporter is missing and some think the disappearance is tied to the Russian Mafia. Read more about this mystery.

Some VERY interesting comments from a ''Sam Frank'' in the link above.

Staff member
I remember digging deep into this case a few years ago. Every time I would think of one scenario that I thought was the most plausible, another scenario would seem plausible to the point where I couldn't even guess on a theory.

She led a very interesting and colored life. That could have contributed somewhat to her emotional well being. I wonder how her son is doing these days?

Susan Walsh was a talented journalist who investigated the Russian mob's role in sex trafficking. She was also mother to a young son.
www.northjersey.com

"She was out of it, she seemed distracted," Merchant said.

He remembered the conversation was almost like two different ones. She mentioned a trip to Las Vegas and how she was helping a government agency such as the FBI, CIA or Justice Department, with a case, later telling Merchant she wanted to watch "Roseanne" and that she would call him back.

They picked up the conversation a half-hour later, but it was just as disjointed as the first and abruptly ended with Walsh telling Merchant she would call him later. He said he remembered feeling exasperated.

The call was just weeks before the freelance journalist and exotic dancer disappeared off the hot streets of Nutley in July 1996. It has been 24 years since Merchant has spoken with her.

In September, Merchant filed a lawsuit against the Nutley Police Department seeking information on the investigation into his sister's disappearance. His father, Floyd Merchant, had hired a private investigator to help with the search and the investigator turned over his findings to the police.


Susan Walsh's Disappeared episode. This documentary pretty much covers all the circumstances of her disappearance.
Click to expand...

I watched this last night. I thought they did a great job of covering this case, from what we know on the internet.

Staff member
Paywall. But her brother seems to be getting the police records in this case.

A stripper-turned-investigative reporter is missing and some think the disappearance is tied to the Russian Mafia. Read more about this mystery.

Some VERY interesting comments from a ''Sam Frank'' in the link above.
Click to expand...

SheWhoMustNotBeNamed said:
Paywall. But her brother seems to be getting the police records in this case.

When a person puts together the above two posts, it makes you wonder what is going on. In the first, the Sam Frank guy describes a scenario per the husband's own brother the cops allegedly know about but have done nothing about apparently in all these years and now this, her brother had to fight and do battle to get the police records?? Why for goodness sakes? They haven't solved it in all of this time... Or did they? Did the police just not arrest the person who did it for some reason...?
You must log in or register to reply here.
Share:
Facebook Twitter Reddit Tumblr Email Share Link