When a 10-year-old neighbor told police he saw Sofia walk down her driveway and speak to a man wearing all black, police worried that someone had abducted the child. The Washington Office of Emergency Management issued its first statewide Amber Alert for Sofia, and Maria made a public plea for the return of her daughter. The FBI was called in to join the investigation, and agents arrived to help in the search.

By morning, there was still no sign of Sofia. The family spent the little girl’s birthday assisting in the search for her and praying she would be found. Hundreds of police officers, firefighters, and volunteers walked shoulder-to-shoulder through fields and rural farmland, hoping for any clue to Sofia’s whereabouts. Divers were sent into the Columbia River, located less than two miles from the Juarez home. An Army National Guard helicopter flew over vast areas using thermal imaging equipment, and search dogs were used to try to pick up Sofia’s scent. They found nothing to indicate Sofia was still in the area.

Detectives continued to canvass the neighborhood looking for anyone who saw anything suspicious. They impounded Jose’s car and asked him to come to the station for questioning. He voluntarily submitted to a polygraph examination; he passed and was eliminated as a suspect. Investigators tracked down Andres Abragan, Sofia’s dad, and questioned him. He told police he had never met Sofia and wasn’t even sure if he was actually her father, but agreed to take a polygraph. He also passed and was not considered a suspect. One by one, detectives were able to rule out all members of Sofia’s immediate family from having anything to do with her disappearance.

Thank you to the over 75 people who have called or left tips on the Sofia website over the past month. Previously unknown names and information have been provided. We continue to investigate the TikTok video.

Through investigation a highly credible witness was identified. The witness observed a female matching Sofia’s description walking along the sidewalk on S. Washington Street near E. 15th Avenue. The observation corresponds to the approximate time that Sofia would have arrived on foot in that area. A person approached the young female and led her away as she cried. Police have a detailed description of that person, but are withholding it at this time for investigative purposes.

An occupied van was also observed stopped on a nearby side street. It is described as a light blue or silver (or gray), older 1970’s to early 1980’s full-sized panel van with no side windows. It had the appearance of being a work-type van, the type that contractors or painters may perhaps use. This is not to imply that it would have been a contractor or painter’s van.

Police now have a high degree of interest in this van. Anybody who has any information on a van like this seen in the area of S. Washington Street near E. 15th Avenue between 8:00 pm and 9:15 pm on February 4, 2003 is asked to contact police. Police are also seeking information from the public on anybody who may have operated a similar type van and either lived nearby, would have passed through the area at that time, or driven by as part of their regular route or routine.

Staff member
Thank you for starting a thread for Sofia! She was the first ever AMBER Alert in Washington state.

Sofia was last known to be playing with her brother in her bedroom between 8:15 and 9:15 p.m. on February 4, 2003, the day before her fifth birthday. She left the bedroom and told her mother, Maria Juarez, that she was going to the store five blocks away.

She was supposed to be accompanied by her grandmother's boyfriend. Maria gave Sofia a dollar to spend at the store and assumed she caught a ride with the boyfriend. Sofia did not get into the car, however, and he left without her. No one saw her leave the house. When her grandmother's boyfriend returned from the store at 9:45 p.m. and said Sofia had not gone with him, Maria alerted the authorities.

Sofia's disappearance was treated as an abduction from the outset and an Amber Alert was issued. It was canceled after she was not located within 36 hours. Police continue to believe she was abducted.

For The Missing: Pacific Northwest

For The Missing: Pacific Northwest. 35,548 likes · 811 talking about this. This page highlights missing children and adults of the Pacific Northwest, and AMBER Alerts from across North America. This...

Staff member
There was also a recent TikTok video (mentioned in the second post above) which is what really took this case off and running the past few weeks.

Staff member
That's really interesting! I hope they find the woman and get the DNA sample so her family knows one way or the other.

After 18 years, detectives say they know how a Tri-Cities 5-year-old disappeared​

Police now say a key player in the 2003 abduction of a young Kennewick girl was another kid.

They may not yet know the boy’s name, but detectives have gone public with the suspect’s description at a time when the cold case has drawn resurgent interest, not only in the Tri-Cities but nationwide.

The description is based on a witness account that came in to Kennewick police one day after Sofia Juarez disappeared from her east Kennewick neighborhood.

The witness — upon seeing Sofia’s face in the news on what would have been her 5th birthday — recalled a brief encounter the day earlier between a girl and a Hispanic boy who was estimated to be 11 to 14 years old.

The boy reportedly approached Sofia and led her away toward a nearby stopped van. He laughed as Sofia was crying.

The encounter happened about 8:30 p.m. Feb. 4, 2003, on the eastern sidewalk along South Washington Street, mid-block between East 14th and 15th avenues.

The van was stopped on 14th facing west, as if it was going to turn northbound onto Washington but didn’t, even though there was no cross traffic preventing it from pulling out, said Al Wehner, a special investigator with Kennewick police.

The witness was at a stop sign, and did not realize they were seeing the initial moments of Sofia’s abduction until word of her disappearance was reported in the media. They positively identified Sofia as the girl after viewing a picture, and police determined the witness was highly credible.

The degree of sophistication needed to abduct a child and the fact that Sofia’s body has never been recovered, despite an extensive search, suggests to authorities that the boy did not act alone and had assistance, likely from an adult.

Detectives kept the information confidential at the time “due to active investigations being conducted on people of interest. 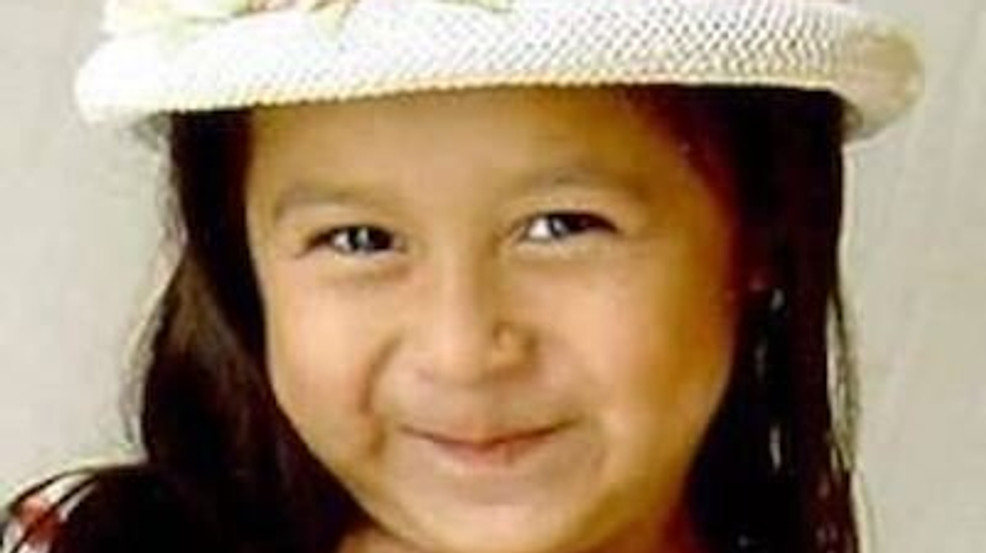 KENNEWICK, Wash. -- The story of Sophia Juarez is being told to a new audience and Kennewick police hope fresh ears can provide new leads. Sophia Juarez was last seen in February 2003. The four-year-old disappeared after attempting to follow a relative to the store and has not been seen or heard...

The story of Sophia Juarez is being told to a new audience and Kennewick police hope fresh ears can provide new leads.

“Relationships change over time. Allegiances once owed no longer exist. It is okay to say something." said Investigator Al Wehner, who is heading up a dedicated cold case unit that works exclusively on cases like Sofia's.

"Sofia’s family and her community need your help to find out what happened to her," Wehner said.

The entire episode can be heard on any platform carrying podcasts and on The Vanished Podcast webpage.

Is this her? Was she found?

GrandmaBear said:
Is this her? Was she found?
Click to expand...

LE has not confirmed/denied this in MSM.

GrandmaBear said:
Is this her? Was she found?
Click to expand...

Sorry, I just wanted to show a side by side of that unknown woman and Sofia. Should have made that clear

Whatsnext said:
Sorry, I just wanted to show a side by side of that unknown woman and Sofia. Should have made that clear

I’m glad you did. The resemblance is uncanny.

Whatsnext said:
Sorry, I just wanted to show a side by side of that unknown woman and Sofia. Should have made that clear

That's okay, I just wasn't following where the woman came from or who she is.

Since the first AMBER Alert program launched 25 years ago, over 1,074 children have been recovered...

Since the first AMBER Alert program launched 25 years ago, over 1,074 children have been recovered safely as a direct result of AMBER Alerts and the incredible communities that respond to them.

Sofia Juarez was 4 when she vanished from her home in Kennewick, Washington on Feb. 4, 2003. At approximately 8:00 p.m. that night, Sofia walked out of her bedroom and has not been seen or heard from since. Sofia has a mole under her left eye and at the time she disappeared her four top front teeth were missing. She has pierced ears and a birthmark on her lower back. Sofia was last seen wearing blue overalls, a red shirt, violet socks and white shoes. Sofia would now be 23. Learn more about Sofia’s disappearance and the latest information in the investigation. 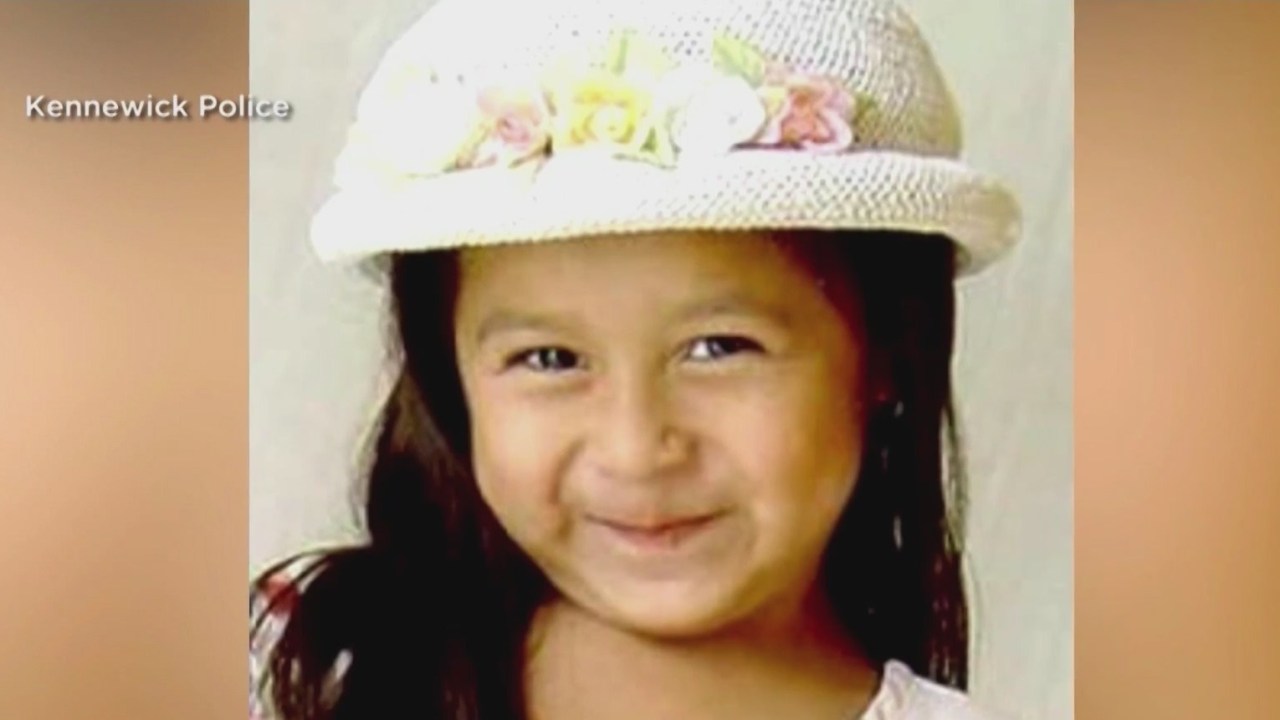 Nearly two decades ago, the first ever Amber Alert was issued in Washington state after a four-year-old little girl went missing. To this day she has not been found.

Nearly two decades ago, the first ever Amber Alert was issued in Washington state after a four-year-old little girl went missing. To this day she has not been found.

Sofia would be 23 years old today.

There is a $10,000 reward being offered for information leading to the discovery of Sofia’s whereabouts. Tips in Sofia’s case can be submitted to Special Investigator Al Wehner at 509-628-0333 or online at go2kennewick.com.

Staff member
DNA back and it wasn't Sofia.