Skylea Carmack, 10, had been confined to her room for more than a week before her stepmother choked her to death last week, authorities say.
www.indystar.com

Skylea Carmack had been confined to her room for more than a week, before her stepmother allegedly choked the 10-year-old Gas City girl to death last week, according to court documents.

Carmack reported Skylea as a runaway at 9:10 p.m. Aug. 31, but by that time, court records say, the girl was already dead.

State Police said they found Skylea's body early Wednesday stuffed into a trash bag and hidden in a shed behind the family's Gas City home.

According to a probable cause affidavit filed Friday in Grant Circuit Court, Skylea lived in the home with her father Kevin Carmack, Amanda Carmack, three of Amanda's children and three children of Amanda's brother.

Several other children in the home told police that Amanda Carmack was a "strict disciplinarian," who beat them with a pink belt and administered other punishments when they misbehaved, documents showed.

"They stated that when they were in trouble they would have to stand with their face against the wall with their hands in the air," State Police Detective Wendell D. Beachy wrote in the affidavit. "Sometimes they would remain in this position for several hours."

Amanda confined the children to their rooms, police said, only letting them out to eat or use the bathroom. A sibling told police Skylea had been confined to her bedroom for a week-and-a-half before she went missing.

In an Sept. 1 interview with police, Amanda Carmack denied hitting Skylea or the other children with a belt. She admitted slapping Skylea in the face because she caught her stealing a charm bracelet.


"(Amanda Carmack) stated she doesn't remember all of the details but she remembers being on top of (Skylea) in the barn," Beachy wrote. "She started choking her with her hands then she thinks she tied something around her neck."

"(Amanda) wouldn't explain why she had killed her," Beachy wrote, "other than she was very angry."
Click to expand...

Staff member
I guess they will start choosing jurors on Monday. 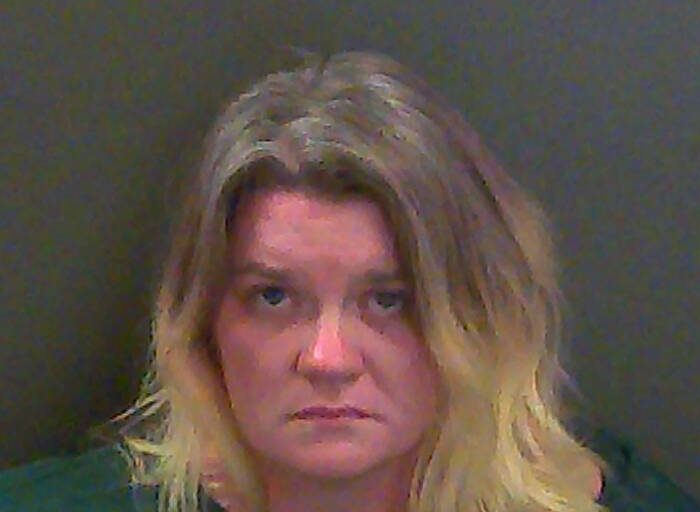 A Gas City woman accused of killing her stepdaughter in 2019 will stand trial this week – again.

Amanda Carmack’s first trial ended with a mistrial in November. Multiple people involved with the case received a COVID-19 diagnosis.

Carmack’s trial was scheduled to start a 9 a.m. at the Grant County Courthouse. The jury selection process was being held at the Bethel Worship Center.

Day one of the trial wrapped up Monday with jury selection. After nearly 10-hours, the entire jury still isn’t selected. Judge Mark Spritzer said that 100 more people will be summon for selection on Tuesday. Those who were selected are to report to the courthouse at 1 p.m. Tuesday and opening arguments are expected to start.

Many prospects during selection were parents and teachers. The state asked the jurors if they can set aside things they probably read on social media and focus on the facts and evidence.

There were many people not selected because their minds are already made up regarding if Carmack is guilty or not.

Carmack’s public defender David Payne said he wants a juror “who is more so analytical than emotional”.

Both sides asked the jury pool if they truly understand beyond unreasonable doubt, meaning it’s the State’s burden to prove the guilt of Carmack based on facts.

Other questions included if the person preferred to read or watch tv. If they are into true crime, do they pick a side or if they are just interested in the process. The prospects were asked if they know anyone affiliated with the case. One prospect did say her daughter-in-law knew the deceased.

Opening arguments are expected to begin at 1 p.m. Tuesday.

A jury has been seated in the trial of a Gas City woman accused of killing her stepdaughter in 2019.

Just after noon Tuesday, jury selection wrapped up after a day and a half. Twelve jurors and two alternates were seated.

With a jury now seated, proceeded will begin in the Grant Circuit Court Tuesday afternoon.

On Tuesday, the state was the first to give its opening statement. State prosecutor Evan Hammond told the jury this case will be difficult, not because of the facts, but because of what they will hear and see. During his statement, he talked about the strangulation aspect of the case.

He said Carmack tried to strangle Skylea with her bare hands, but after that failed she used a pair of jeans and wrapped them around her neck. Prosecutor Hammond said the jeans were tied so tightly around Skylea’s neck, that the person performing the autopsy said it’s one of the tightest knots he saw in his career.

The state also mentioned that when Indiana State Police interviewed Carmack, they administered a polygraph exam. According to the state, the questions asked where: did you cause Skylea to go missing? Are you involved? Do you know where she is?

Carmack answered no to all the questions and failed the test.

When Skylea’s body was found, the state said air fresheners, dryer sheets and candles were used to mask the smell. In addition, items in the shed were piled on top of the plastic trash bag that contained her body.

According to Carmack’s defense attorney David Payne, this was not an act of murder because it wasn’t premeditated. He stressed that his client was suffering from depression and migraines that got worse a couple of weeks before the killing.

He said that is why she can’t remember many details about the killing. He added that this isn’t murder, but a tragic case where the stepmother snapped and its manslaughter. He also said his client isn’t guilty on any other charges.

‘Were you pushed over the edge?’ Initial interview with Gas City stepmom reveals events leading up to stepdaughter’s death​

Testimony continued Wednesday in the murder trial of the Gas City woman accused of strangling her stepdaughter.

On Wednesday, the state called a supervisor with the Department of Child Services who said during the search for Skylea, she interviewed two other children under Carmack’s care. She said when interviewing them, the children got emotional at the sound of Carmack’s name.

The defense tried to object the statement but Judge Mark Spitzer over ruled.

Another state witness was a detective on the case. During his testimony, he laid out how the body was found in the shed, in three plastic bags with dryer sheets and inside of a wooden trunk. According to the detective, a lot of thought went into hiding Skylea’s body.

During the cross examination, the defense continued to argue that this was not murder, its manslaughter because Carmack snapped and it wasn’t premediated.

Defense Attorney David Payne argued that it didn’t seem like Carmack was trying to hide the body, because it was hidden in an obvious area and the smell would have been noticeable.

The state’s witness fired back saying he noticed candles were being lit in the shed after the investigation started. The defense asked the detective if Carmack was trying cover up the killing, why didn’t she dispose the body. The detective said the house was under 24-hour surveillance after Skylea was reported missing, and there was no way Amanda Carmack could remove the body without anyone noticing.

Police did have a search warrant, however the defense questioned why there wasn’t a consent to search. The detective admitted that neither Carmack nor Skylea’s father gave consent. He added that with a search warrant, verbal consent from the owners was not necessary during the process.

WANE 15 was not allowed inside of the courtroom and watched via live stream. The camera angle is only of the witness stand and never showed Carmack or the jury.

Another witness from Wednesday was the ISP Detective who interviewed Carmack, after Skylea was reported missing.

During the initial interview with police, Carmack told the detective that Skylea was in trouble for lying and stealing the day of the killing. Carmack mentioned that she had seven children in her care and was a stay-at-home mom. She added that Skylea said she wanted to runaway and live with her sister.

The detective continued to ask Carmack a series of questions, including, “Where do you think she is right now?” Carmack cried and paused for nearly a minute and said the park. She was also asked, “Do you think she was scared of you?” Carmack responded, “I do yell a lot.”

The ISP detective continued to press Carmack, stating, “You were the last adult that saw her”, “Was it too much?” “Were you pushed over the edge?” “Did you just have enough?” The detective also told Carmack that if she did it, and confessed, police could help her.

During the initial interview, the detective told Carmack that no one saw Skylea leaving the house that night, and video surveillance in the area never showed her leaving. She added that if she never left, she should still be in the house. Carmack cried and said, “but I can’t find her in the house.” 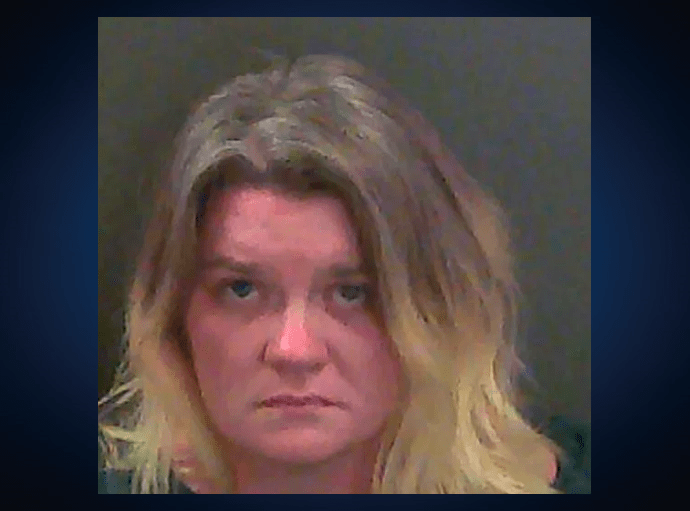 GAS CITY, Ind.–A woman accused of strangling her step daughter and hiding her body in a garbage bag in a shed in 2019, was found guilty of killing the girl Friday. Amanda Carmack will face the jury

A woman accused of strangling her step daughter and hiding her body in a garbage bag in a shed in 2019, was found guilty of killing the girl Friday.

Amanda Carmack will face the jury again Monday during the penalty phase of the trial.

The jury took about three hours to convict her Friday. 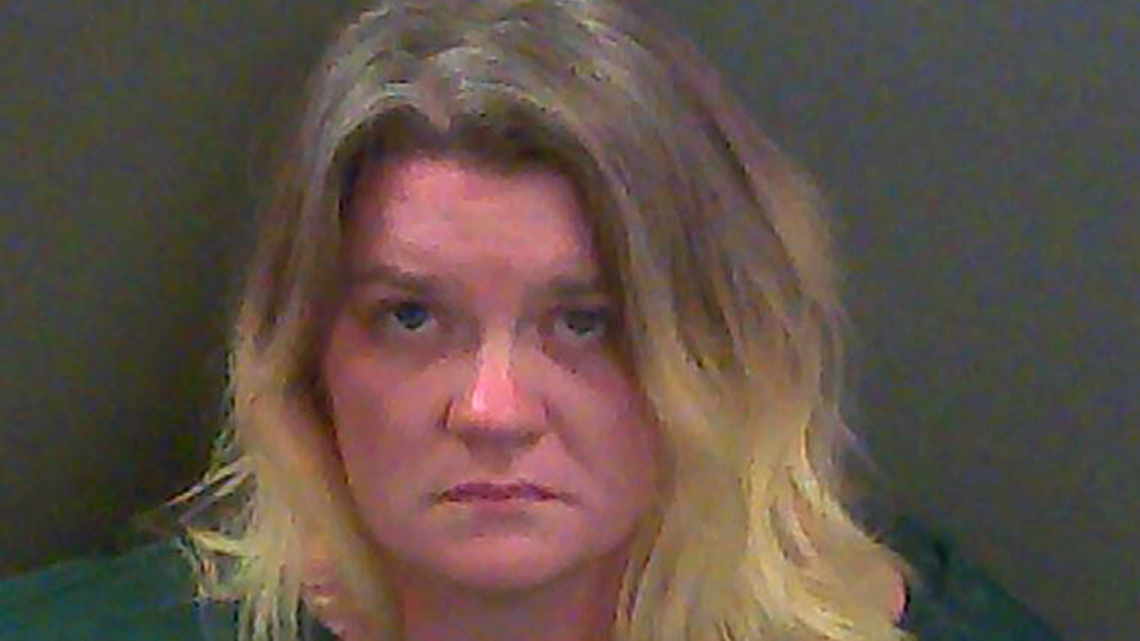 Investigators found the body of Skylea Carmack in a plastic bag in a shed behind her home.

A Gas City woman found guilty of killing her stepdaughter is expected to be sentenced to life in prison.

The jury recommended the life sentence without the chance of parole for Amanda Carmack.