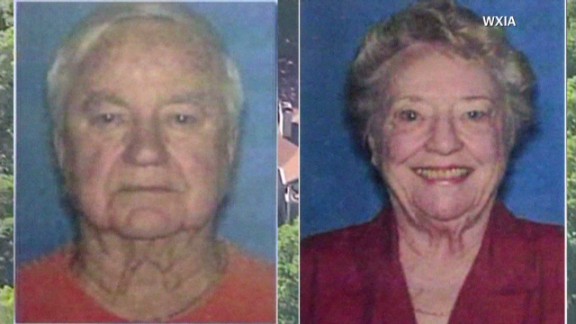 May 17, 2014
With the discovery of the body of an 87-year-old Georgia woman whose disappearance came to light after her husband’s decapitated body was found in their waterfront home, authorities not only want to know who did it, but also why.
Shirley Dermond’s body was found in Lake Oconee, south of Athens, Putnam County Sheriff Howard Sills told reporters Friday.
“We now, unfortunately, know that Shirley Dermond was murdered,” Sills said.
Sills declined to discuss the condition of the body other than to say, “the head was not removed or anything like that.”
The discovery adds an element to the investigation – the possibility that a boat was a mode of transportation in the killing, Sills said.

“We haven’t even had a funeral for Russell because their kids wanted to wait. Now that we know about Shirley, we will start planning the funeral services for both.”

From the beginning, investigators treated Dermond’s disappearance as an abduction. Her purse, cell phone and car were all at the couple’s million-dollar waterfront home on Lake Oconee where her husband’s headless body was found.

Investigators believe she was taken from her home after her husband, 88-year-old Russell Dermond, was decapitated sometime between May 2 and May 4.

Investigators continue to search for his head, and they plan to look in the same area of the lake where Dermond’s body was found, Sill said.

“Obviously, the head of Mr. Dermond will be quite difficult to locate.”

Russell Dermond’s body was discovered in the couple’s garage after friends, who hadn’t heard from the couple in days, went to their home.

The FBI put up more than 100 billboards in its search for the missing woman, and it offered a reward of up to $20,000 for information to her location or the arrest of the person responsible for her disappearance.

In the days after Dermond’s disappearance, authorities searched Lake Oconee in the vicinity of the couple’s home – turning up only a lawn chair and a Christmas tree – and sent cadaver dogs into the nearby woods, to no avail. Authorities have also spoken to neighbors, family and friends.

So far, the investigation has turned up little to shed light on the crimes. Investigators aren’t aware of any enemies the couple had made, or any reason someone would target them, Sills said. 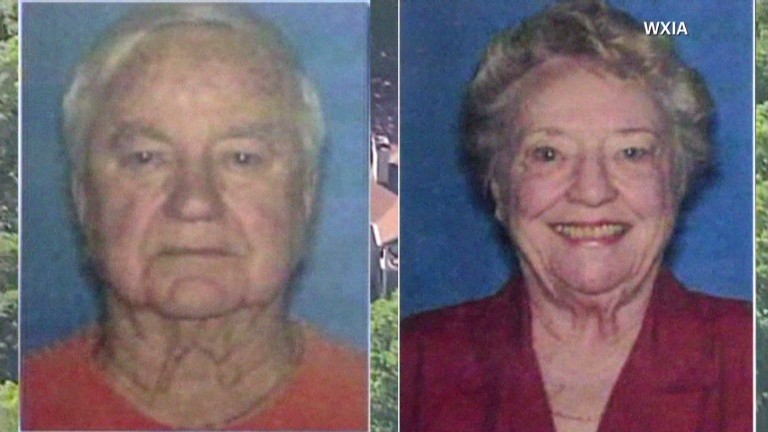 The body an elderly Georgia woman who disappeared two weeks has been discovered in a lake, officials said.

....... On Carolyn Drive, a mile and a half into the subdivision, Sheriff Sills stopped at a cream stucco four-bedroom house. Two American flags were tacked to the mailbox. The front yard was trimmed in crape myrtles, boxwoods, and pine straw. In the driveway was that day’s edition of USA Today. The previous day’s as well. There, in a shaded cul-de-sac that backs up to the water, was the neighbor who had discovered the death. It had been days since he’d seen or heard from the elderly couple who lived in the house. The neighbor had phoned them several times. Nothing. So he’d gone over to check. The door was unlocked.

There had been some confusion after he called for help. Bodies were not all over. There was just one.

Sills stepped out of the Suburban and stuck a Glock 18C in his waistband. He went in the house through the kitchen door, the same door the neighbor entered. Then he headed for an open door that led to a cramped two-car garage. The garage was dimly lit, but the white walls helped Sills see. On the floor between a Lincoln Town Car and a Lexus SUV was a man’s body on its back. The man’s age was hard to guess—because the body had no head. It had been cut off. And it was gone.

Sills and two deputies swept the rest of the 3,200-square-foot home. The north-facing windows afforded a spectacular view of the lake. The wooded backyard sloped down toward a covered dock.

Sills assumed right away, and correctly, that the dead man was the homeowner. But there was another problem: The victim’s wife of 68 years was nowhere to be found.

Sills was struck by the pristine condition of the house. A horror scene it was not. Aside from the headless body in the garage, and save for an unmade bed and an off-kilter lampshade in the living room, it was showroom-perfect. The lampshade caught Sills’s eye only because everything else was so neat. What blood there was—a considerable amount—had pooled and dried near the body.

The best Sills could remember, there hadn’t been a double homicide in Putnam County since May 1984, 30 years earlier. It involved the rape and murder of an elementary and high school classmate of Sills’s.

For most of the 1990s, they lived in a neighborhood along the Chattahoochee River, on the south side of the Cherokee Town & Country Club below Roswell. Before moving to Georgia from the New York area in the late 1980s, Russ Dermond had been an executive for the company that makes Westclox and Seth Thomas clocks. But he didn’t exactly come here to retire; not long after arriving, he acquired a chain of metro-area Hardee’s restaurants. The establishments provided Keith and Bradley, two of the couple’s four children, with jobs in the food service industry.

Real retirement didn’t come until the late 1990s, when Dermond and his wife built their $1 million place on the shores of Lake Oconee. Golf at the Great Waters subdivision was one of the attractions for Russ, who had once played in tournaments at Roswell’s Horseshoe Bend course with Bradley.

Most of this Sills learned in the hours after Dermond’s body was identified. He also learned that the couple’s oldest son, Mark, had occasionally stolen from his parents, and that on his 47th birthday in the summer of 2000, Mark was shot and killed in his car during an Atlanta crack cocaine buy that went sideways. His killer remains in prison.

Russ Dermond was a reader, a walker. Someone reported seeing him strolling the golf course near his house on Friday, May 2, four days before his body was discovered. It may have been the last time anyone but his wife and his killer saw him alive.

He and Shirley had RSVP’d that they’d be at a neighbor’s Kentucky Derby party on Saturday. They never showed. Shirley, who played bridge and was a crossword whiz, had worked a puzzle in that Friday’s USA Today. It was still on the kitchen table. The couple’s Saturday mail was in the mailbox out front. What he did not divulge was that the cut was remarkably clean. “It was not the skill of a surgeon,” he would say months later, but “whoever did it took time doing it.” It was as if the collar of Russ Dermond’s T-shirt had been used as a guide for a very sharp knife, the likes of which had not turned up. After an autopsy revealed no fatal wounds on his body, the cause of death was, by the process of elimination, declared an as-yet-unknown head wound. Dermond’s decapitation appeared to be postmortem.

Another detail Sills kept under wraps during those first weeks was that authorities thought Russ Dermond had been tortured. The tip of one of his index fingers was smooshed, as if in a vise. But in helping identify her father by phone, Leslie Patton told Sills the flattened finger was a World War II injury.

Sills told reporters he prayed Shirley Dermond was still alive, that if abducted she’d be found. He said the couple had no known enemies, that there was nothing to indicate whether the killer came by road or lake.

He said locals were not panicked, but “I don’t care if it’s Buckhead or Bangladesh; you have a crime like this in a neighborhood, people are gonna be upset.”

Someone asked if investigators had any leads.

“If I had a good, solid lead, guess what? I wouldn’t be standing talking to y’all.”

Did the Dermonds know their attacker?

“It’s indicative of that,” Sills said. But someone could easily have knocked on their door, waited for it to open, and barged in.

Were relatives under suspicion?

“Nothing to indicate at all that their children are involved . . . And I never say never, but there’s certainly nothing that leads us to believe that they are . . . Everybody’s a suspect except me . . . I’ve looked at the background of the mailman.”

More than one killer?

Possibly, Sills said, but impossible to be sure. All avenues were being explored.

As the back-and-forth wound down, a reporter asked, “With the amount of evidence that you’ve collected so far, would you consider this a professional job?”

“A professional what job?” Sills said.

“There doesn’t appear to be a lot of evidence for it to be an amateur,” the reporter said.

The reporter tried again. “There are professional hitmen.”

“The totality of this,” Sills said, “is just very different.”

Cue the kooks, the great unhelpful, the psychics and busybodies who can’t resist injecting their cluelessness into the fray when tragic intrigue, no matter how remote the locale, achieves escape velocity via satellite truck.

“My community is going hog-wild with rumors,” Sills said later. “We are inundated with unnecessary foolishness.”

Everyone had a theory about what had become of the Dermonds. They were in witness protection (they were not), their cover was blown, and someone they’d crossed caught up with them. Or, more fantastical, a mother gator protecting her young attacked Russ in his garage then dragged Shirley away.

Some heard about the 2000 murder of the Dermonds’ son and assumed the attack on them must be connected. Investigators looked into that first thing. It was a dead end.

One evening in mid-May last year, Putnam dispatchers received a call from a man who lived along Bluegill Road at the bottom end of the county near Lake Sinclair. He was convinced he might have information that could be of import in the Dermond case. Dispatchers passed him along to Sills, who answered as he usually does, “Howard Sills.”
In the minutes after Russ Dermond’s body was found, Sills sent a deputy to fetch security-camera surveillance footage from a guard shack at the entrance to the neighborhood. The deputy came back with bad news. About a month earlier, a storm had knocked out power, and the security camera, unknown to anyone, had stopped recording. Sills cursed his luck.

He and his investigators set out canvassing the neighborhood.

One of the couple’s nearest neighbors, next to a vacant lakefront lot that has belonged to R.E.M. bassist Mike Mills since the 1990s, was out of the country in Turkey. Her house sitter hadn’t seen anything unusual. Nor had residents in another cul-de-sac across the cove.

Sills called a meeting at the Great Waters clubhouse. The place was finally on the rebound after the recession. A sign outside promised “Endless Crab Legs.”

The gathering, though it gave investigators a chance to scope the locals, wasn’t much help.

Sills was worried. He needed something to chase, someone to catch.

Of the three or four dozen murders Sills has investigated, all but six resulted in guilty pleas. Five killers have gone to death row. 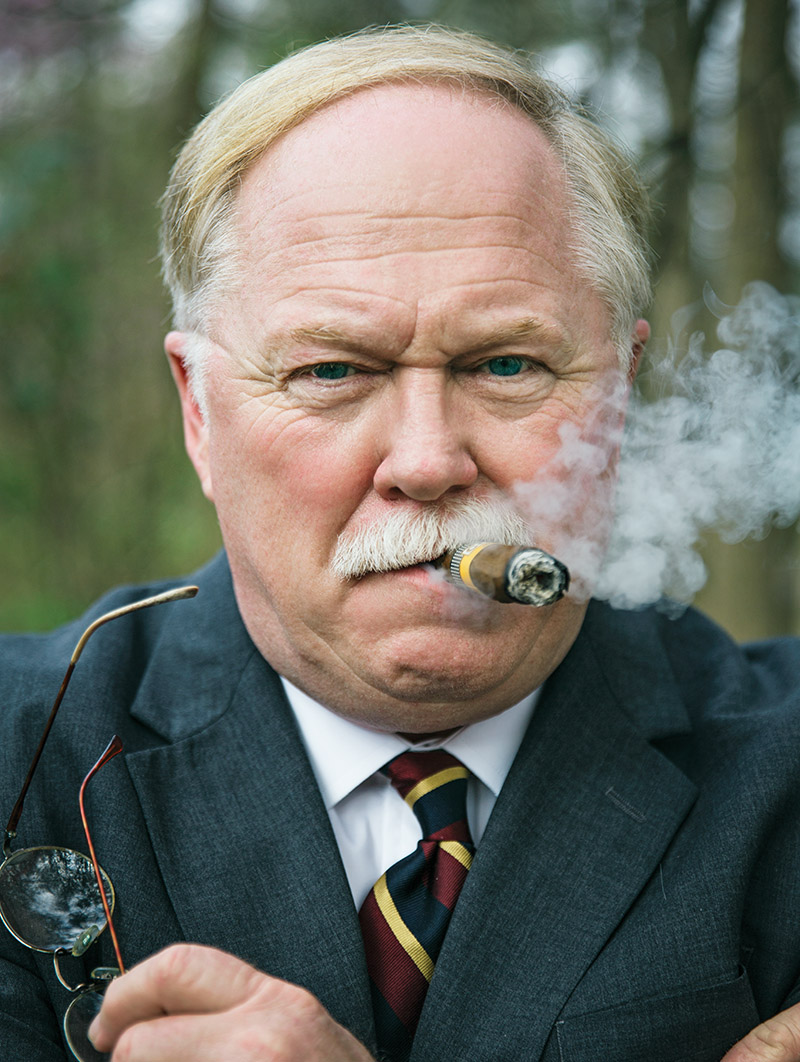 In Putnam County, GA, everybody knows Sheriff Howard Sills, and Sills knows everybody—except who murdered an elderly couple on Lake Oconee last May.