Missing Since: 09/13/2010
Missing From: Orange, Virginia
Classification: Endangered Missing
Sex: Female
Race: White
Date of Birth: 07/17/1991 (28)
Age: 19 years old
Height and Weight: 5'1, 145 pounds
Distinguishing Characteristics: Caucasian female. Brown hair, brown eyes. Clarke's right eyebrow, right nostril and tongue are all pierced. She has multiple ear piercings, including a bar on her right ear. She has the following tattoos: a Playboy bunny on her right arm, a Tigger cartoon figure above her right ankle, a black design and two dolphins on her lower back, and the word "lucky" on her left ankle. Photos of her tattoos are posted with this case summary. Clarke's nickname is Sam. She has long hair and frequently styles it in a bun. She wears eyeglasses. She has had her tonsils removed.

Details of Disappearance
Clarke was last seen in Orange, Virginia shortly after midnight on September 13, 2010.

She told her younger brother she was leaving and would be back in the morning. She left their home on Lindsey Drive, taking only her house key, and never returned. Her family reported her missing two days later. She has never been heard from again.

Randy Allen Taylor is considered a possible suspect in Clarke's disappearance. They knew each other, and they spoke on the phone on the day she vanished.

In August 2013, Taylor was charged with abducting Alexis Murphy, who disappeared on August 3. In January 2014, he was also charged with first-degree murder in her case. He was convicted in May. Alexis's body has never been located.

Taylor hasn't been charged in Clarke's case and it's unclear whether he was involved. A photograph of him is posted with this case summary.

Clarke graduated from Orange County High School three months before she went missing. She has no cellular phone or driver's license, and it's uncharacteristic of her to leave without warning. She had left her home once before and gone to stay in a nearby town for two weeks, but she kept in daily contact with her family by phone.

Her disappearance is considered suspicious, although there is no evidence of foul play. It remains unsolved.

SAMANTHA CLARKE has been missing from Orange, #VIRGINIA since 13 Sep 2010. Police believe she was murdered!

Clarke was last seen in Orange, Virginia shortly after midnight on September 13, 2010. She told her younger brother she was leaving and would be back in the morning. She left their home on Lindsey Drive, taking only her house key, and never...

www.nbcnews.com
Samantha Clarke, 19, was last seen just after midnight on September 14, 2010, at her home in Orange, Virginia. She told her brother she was leaving, but didn’t say where she was going. Police say Samantha didn’t take any personal belongings with her. She hasn’t been heard from since. Police say foul play is suspected in Samantha’s disappearance and a detective is actively working on her case. Samantha is described as being 5’4” tall and weighing about 145 lbs. at the time of her disappearance. She has brown hair and brown eyes. She also has a Playboy bunny tattoo on her right arm, a Tigger tattoo on her right ankle, and two dolphin tattoos on her lower back. If you have any information on the whereabouts of Samantha Clarke, please contact the Orange Police Department at (540) 672-1491.

"Due to new information and advances in investigative and forensic technology, Samantha's missing person investigation has been reclassified as an active abduction and murder investigation," said Chief James Fenwick of the Town of Orange Police Department.

Officials say she said goodbye to her brother and left her home with only her house key. At the time, investigators searched all over Central Virginia, including Chris Greene Lake and found nothing.

Now, there are new clues.

"Technology that was not available at the time Samantha went missing has allowed us to develop new investigative leads," said Fenwick.
He won't say what technology produced these leads, or if there is a suspect, but Fenwick says investigators are close to getting the answers they've needed the past ten years.

"We've always felt like we're close, in my opinion, because we've been working on this from the time it was reported to us initially on Sept. 15, 2010, which is when we actually received a report," he said.

At the time, Randy Taylor, who is currently in prison for the murder of Alexis Murphy in Nelson County, was considered a prime suspect in Clarke's disappearance, but now, Fenwick wouldn't say if Taylor is still under investigation.

"It's no secret that Randy Taylor was one of the last people to have contact with Samantha Clarke. Beyond that, we're not going to comment any further," he said.

Fenwick says he believes people in the community could possibly have more information and wants the public to know it's not too late to come forward.
Fenwick says if you know any information regarding Clarke's disappearance, you are asked to contact the orange county police department at (540) 672-1491 or by Instagram messaging at @orangepoliceva_. 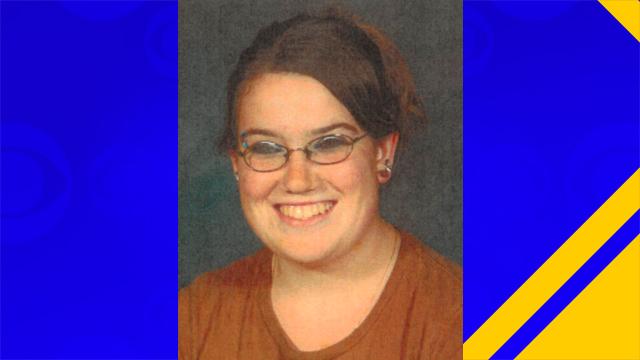