My name is Jason Futch, and I am a civilian cold case researcher. I look into cold cases specifically in the Suwannee Valley Region of Florida and attempt to locate new information that could be helpful to the general public. I am also the creator of Suwannee Valley Unsolved: A True Crime Podcast. SVU is a different format podcast compared to my previous podcast, From The Vault.

If you have any questions regarding what I do or need help locating information, please do not hesitate to ask.

KESHENA — Family and friends of a Menominee woman murdered 30 years ago will gather Saturday in her memory, even as investigators make a renewed push to solve the crime.
Rae Elaine Tourtillott was 18 years old when murdered Oct. 15, 1986, after attending a birthday party in Keshena with five friends. Her body was found six months later in a swampy wooded area near where she had last been seen alive, near Tomow Overlook off Old South Branch Road.
The FBI and the Menominee Tribe of Indians are offering $20,000 for information leading to the arrest and conviction of the person or persons responsible for her death. The rewards of $15,000 and $5,000 from the two agencies were announced this week on the Menominee Tribal Police Department’s Facebook page.

The page also announced the memorial gathering, to be held from noon to 3 p.m. Saturday at St. Michael Church in Keshena. It will feature prayers in both the Menominee and Catholic traditions, and an open forum, to allow members of the Menominee community to discuss the case and share memories of Tourtillott. A meal will be provided, but attendees also are encouraged to bring a dish to pass.

“The case has always been open,” said tribal police Chief Richard Nacotee. ”It’s always been there, with a little followup here and there, but this month back in 1987 is when they found the body, and we thought it would be a good time to meet with the family, and we just sat down and started discussing it again and thought this time about being a little more aggressive.”
Lead Detective Todd Otradovec is hoping something comes up at the open forum that will breathe new life into the investigation.
“It was investigated, and leads were followed up on people of interest,” Otradovec said. “I won’t speak to specific suspects, but people of interest were generated over the years. But this case is brand new to those of us currently in investigation.”
A forum could bring out people who possibly were afraid to come forward with information 30 years ago, Nacotee said.
Tourtillott had last been seen near midnight Oct. 14, 1986, at the party not far from her home, according to Press-Gazette archives.
At one point, she announced she wanted to go home, and someone gave her a ride, but when they arrived, she didn’t want to get out of the car, the driver told police. They drove around Keshena for a while, then returned to the party. No one at the party recalled the exact time she returned, and no one noticed when she left a second time, archived articles state.
The FBI and tribal police reward posters say she was in a vehicle with two people when last seen near the Tomow Overlook. She was reported missing the next day. Investigators initially weren’t even sure they were investigating a crime, early accounts said. Investigators enlisted help from a psychic from the Wausau area weeks after her disappearance.
In March, former police Chief Robert Summers told reporters police had a suspect in mind but lacked evidence to make an arrest.
Her badly decomposed body was discovered about six months later, on April 9, 1987.
Otradovec declined to release additional details about the case.
Anyone with information about Tourtillott's death is asked to call the tribal police at 715-994-1307. 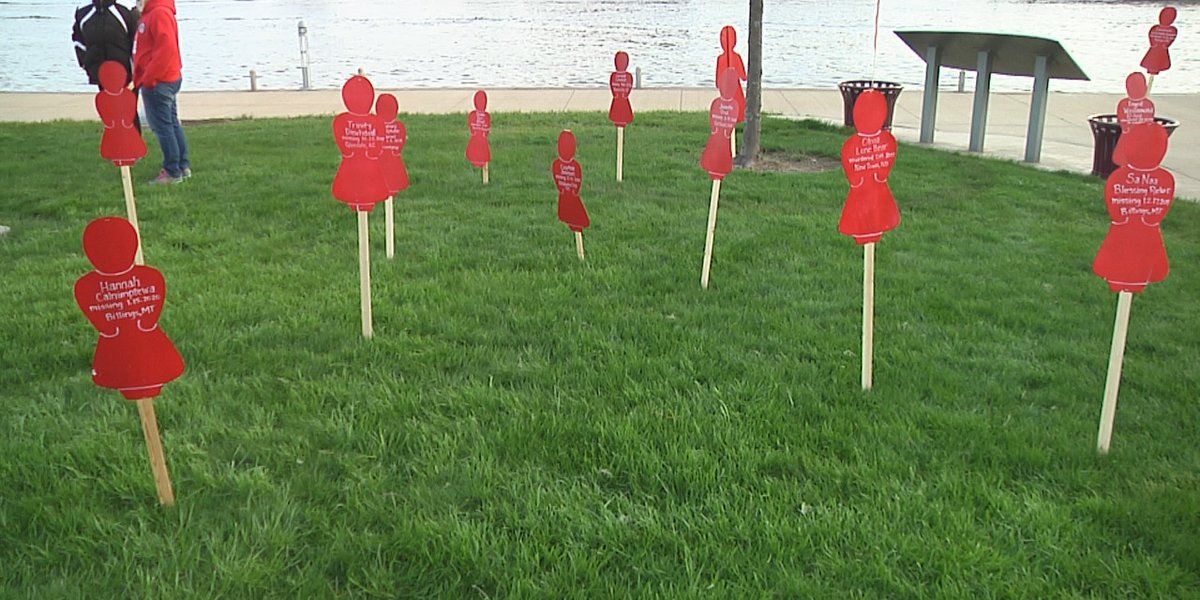 Bridges in several communities in the Fox Valley will be lit red Wednesday night to honor these women.

“She disappeared on October 15 1986,” Alysse Arce says about her mother, Rae Tourtillott.

Arce was only seven weeks old when she went missing from the Menominee Reservation.

After 34 years with little answers, the FBI reopened her mother’s case two years ago.

Unfortunately, her mother’s story is not uncommon for native women, who are murdered at a rate ten times the national average on some reservations.

More than three dozen people came together Sept. 7 at the Menominee Veterans Memorial in Keshena to continue to spread the message that Native Americans are disappearing and being murdered, but justice has vanished alongside the victims. For Elise Corn, justice has been an elusive prey for more...
www.newmedia-wi.com

More than three dozen people came together Sept. 7 at the Menominee Veterans Memorial in Keshena to continue to spread the message that Native Americans are disappearing and being murdered, but justice has vanished alongside the victims.

For Elise Corn, justice has been an elusive prey for more than 35 years. Her mother, Rae Tourtillott, with the Menominee Indian Tribe of Wisconsin, went missing in 1986; the body was found the following year. Finding Tourtillott’s killer, however, has been more difficult.

“Her case is still cold,” Corn said at the remembrance ceremony. “There is nothing that has come about. They did reopen her case in 2019, but we still have not heard anything from FBI agents or anything from law enforcement.”

Corn noted that there are plenty of rumors wafting through the reservation, and it’s with the knowledge that other families are suffering with the horrific losses of their loved ones that she knows answers need to be found. It is why programs like the Missing and Murdered Indigenous Women — which has expanded to all Native Americans and Indigenous people, regardless of gender — are trying to grow and spread the word about a tragedy rarely talked about.

“This is a movement that needs to be done, because future families in this state should not have to be going through all of this,” Corn said, noting she was just a baby when her mother disappeared. “When you see all these other cases that are not Indigenous, and they’re getting solved right away, things need to change. I don’t see that in my mom’s case, but I hope for it.”
You must log in or register to reply here.
Share:
Facebook Twitter Reddit Tumblr Email Share Link