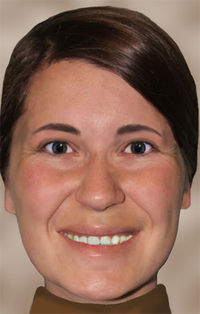 Her body was found 3 miles northeast of Odessa, DE in an overgrown field, on state property known as the William J. Baxter Memorial Park. Her body had been in the field for approximately three months.

#JaneDoe was discovered on November 25, 1993 in Odessa, New Castle County, Delaware. She had dark brown hair.


*CLICK THE REPORT BUTTON IF YOU'D LIKE THIS CASE MOVED TO THE GENERAL DISCUSSION AREA TO BE OPENED FOR COMMENTING.
Last edited by a moderator: Jan 9, 2022 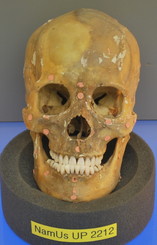 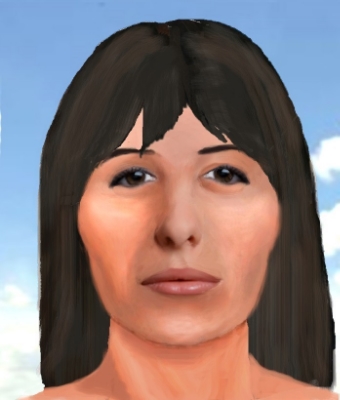 This forensic sketch provided to the Delaware Office of the Chief Medical Examiner courtesy of Mr. Carl Koppelman of California. Mr. Koppelman offers his services to Medical Examiners, Coroners and Law Enforcement agencies. He can be contacted by email at CarlKoppelman@att.net or by phone at (310)322-2083. 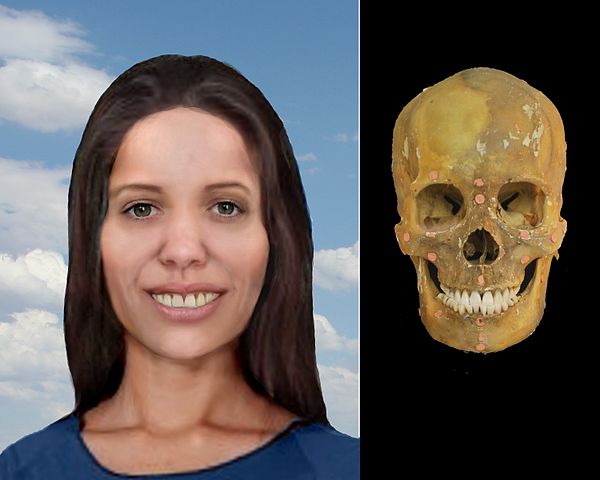 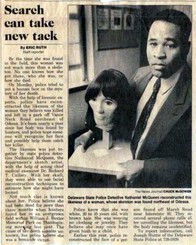 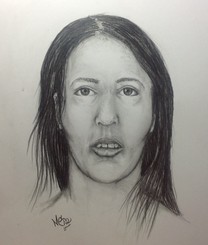 Following consultation with OCME staff, examination of the skull and study of forensic anthropology/forensic odontology reports, forensic artist Michael McNicholas has prepared a new forensic art interpretation of NamUs UP 2212. As we approach the 20-year mark in this unsolved case, McNicholas sketch is the third facial likeness. New image prepared 12-29-12 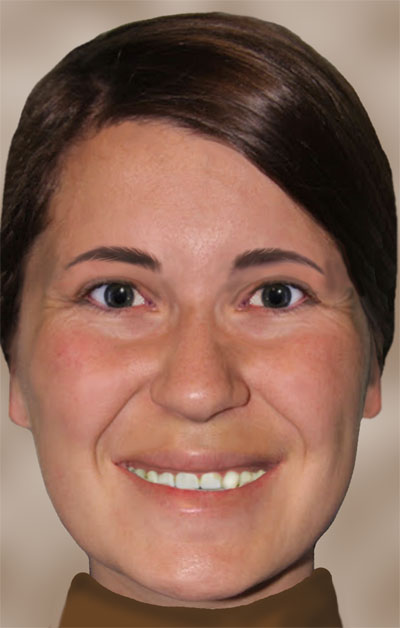 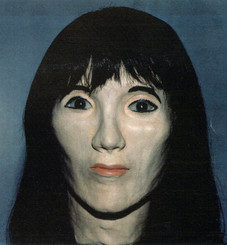 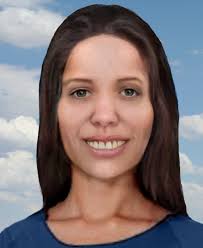 Investigators
If you have any information about this case please contact:
Hal Brown
Delaware Office of the Chief Medical Examiner
302-577-3421
Email
You may remain anonymous when submitting information.

NCIC Number:
U-695879247
Please refer to this number when contacting any agency with information regarding this case. 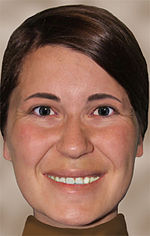 
Comparison of another reconstruction of the Odessa Jane Doe with her skull
The skeleton of a woman aged twenty to thirty-five (although she may have been up to forty-five) was found on November 25, 1993 in Odessa, New Castle County, Delaware. The body had been left in the William J. Baxter Memorial Park, approximately three months before it was found. The woman had very healthy teeth that showed no signs of staining, although there was evidence of some crowding at the back of her mouth. She was approximately five feet one to five feet two inches tall, but because of the state of the remains, the weight was not possible to estimate. Her hair was a dark brown, but the color of hair in other regions are unknown. After examining the pelvis, it was concluded that she may have given birth at one time. The cause of her death was not apparent, but is believed to have been foul play. Most of the bones from the digits of her hands and feet were not found, along with two other types of bones. No clothing was found at the site and thirteen people have been excluded as possibly identities of the victim.

I know, I know, I just did a facial reconstruction, but since I’ve been sick I haven’t had the chance to research and write about a hellbeast for today. I do, however, have a face I worked on before I got sick, and it belongs to an unfortunate murder victim found in Odessa, Delaware.

But Cleo, you say, we want another hellbeast story! I know. I totally promise I’ll have more nasty hellbeast stories for next week. In fact, I’m working on one that was suggested by a reader from New Zealand. That is so cool that I have readers from the far side of the globe!

Back to our Jane Doe. This young woman, aged between 20 and 45, died in 1993. She’d been dead for approximately 3 months before her skeletal remains were found just 30 feet south of Vance Neck Road.

This Jane Doe was discovered on November 25, 1993. Aside from her bones all the investigators found was her dark brown hair. From her skeleton they figure her height to be 5’1″ so she’s a short person.

For over 20 years this woman has been unclaimed. It’s long past due that she is returned to those who loved her.

Investigators have made significant efforts to identify this woman. They had forensic artists create both 2-D and 3-D versions of what she may have looked like. One artist made both a smiling and unsmiling version. I’m including only the smiling face here.

The sketch at the top, I don’t think, fits the skull. The bottom jaw is much wider and more prominent than the sketch would suggest.

These various facial reconstructions have sadly not resulted in success and to me they look totally different from each other. And the 3-D version doesn’t look, to me at least, natural at all.

I decided, naturally, to create my own version of the Odessa Jane Doe, because it’s what I like to do. My ego always tells me I can do better than what has already been done.

I couldn’t tell from the police information if her hair was long or short, but since all of the artists have given her long, straight hair I went along with that. I did compromise — I tried to make it look as though it’s tied back so that the shape of her face is more apparent.

I opted for darker eyes. Those seem to go with dark brown hair.

I tried to make her age around 30 with some laugh lines but no wrinkles. I made her smiling as well because this woman had a great set of teeth. The other artist’s version of her smiling forgot her gums, making her look like she had a gap between her front teeth.

And if anyone has any clue as to the murderer, please contact Delaware police.

I truly hope this woman is returned soon to those who knew and loved her. If she had children they’d be adults by now. Her parents would probably be retirement age now. After 21 years it’s time this Jane Doe went home.

And, as promised, here is my version of the Odessa Jane Doe.

The victim was found 3 miles northeast of Odessa, DE in an overgrown field on state property known as the William J. Baxter Memorial Park, west of Delaware Route 9 and south of Vance Neck Road. 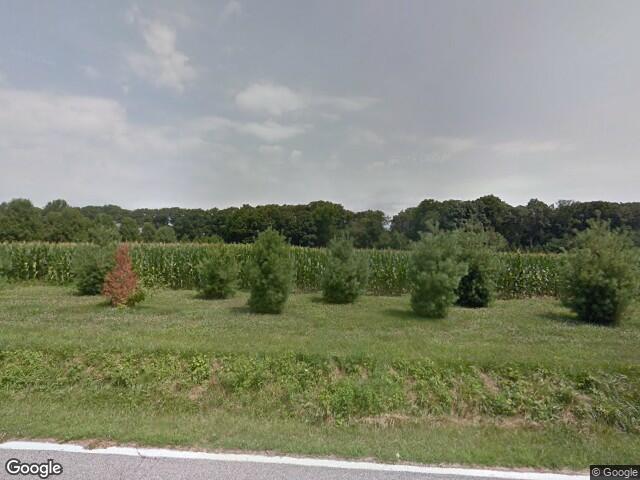 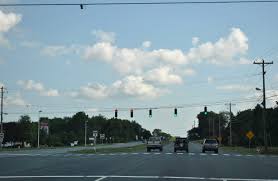 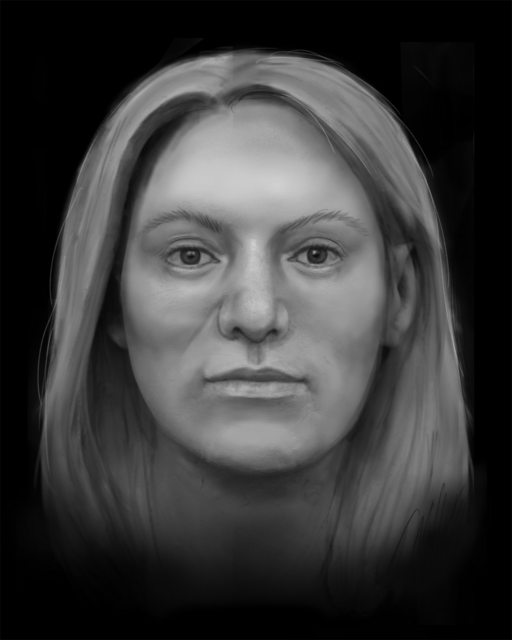