Smart was accompanied by a female acquaintance and another student from the university, Paul R. Flores, when she left the party. Her friend separated from Smart and Flores at the intersection of Perimeter Road and Grand Avenue on the college campus.

Flores allegedly told Smart's friend that he would see Smart to her home. She was last seen walking north on Grand Avenue with Flores, towards Muir Hall, her dormitory. Smart has never been heard from again. She was not carrying any identification, cash or personal belongings at the time she vanished. 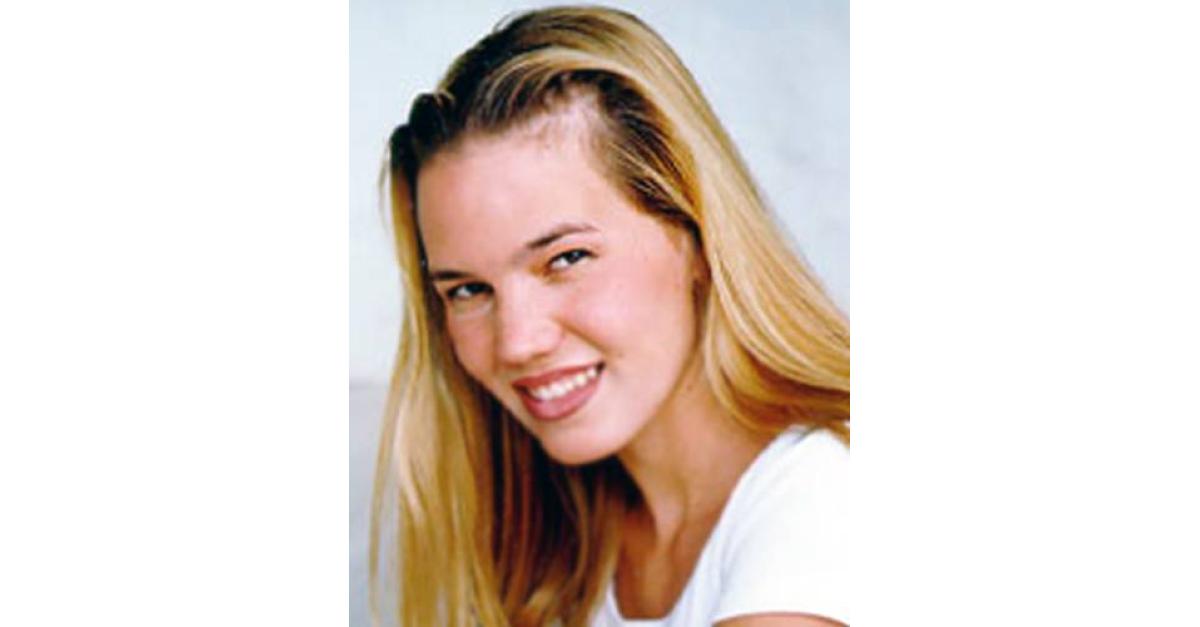 Have you seen this child? KRISTIN SMART

Three fellow students escorted Smart back to her hall of residence after an off-campus party. A fellow Cal Poly student, Paul Flores, was the last person known to have seen her alive.

www.crimewatchers.net
Last edited by a moderator: Feb 5, 2020
Click to expand...

Paul Flores faces first-degree murder charges in the commission of rape against Smart. His father, Ruben, is charged with accessory in hiding her body.
www.recordnet.com

A July 6 preliminary hearing date was set on Monday for Paul and Ruben Flores who both are charged in the death on Stockton native Kristin Smart.

Both men were present via Zoom for Monday's proceedings. A pre-preliminary hearing date was scheduled for 1:30 p.m. June 23 and new media rules were also ruled upon. 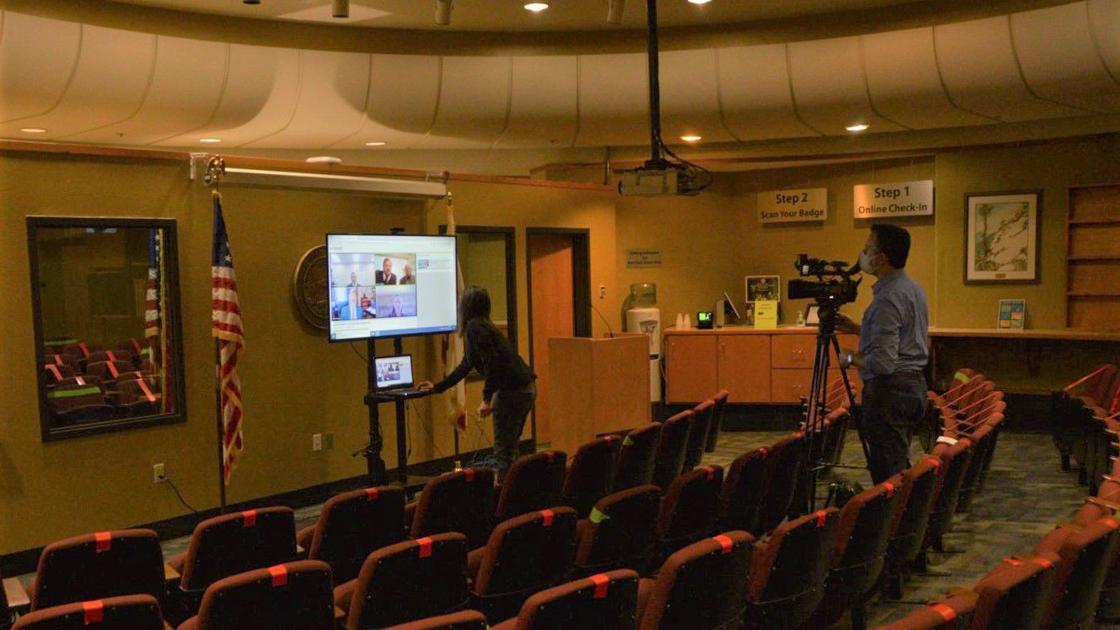 A San Luis Obispo County Superior Court judge on Monday confirmed a July 6 start date for the preliminary hearing in the Kristin Smart murder trial and approved the use of photo news coverage inside the courtroom.

It's about time. Finally. 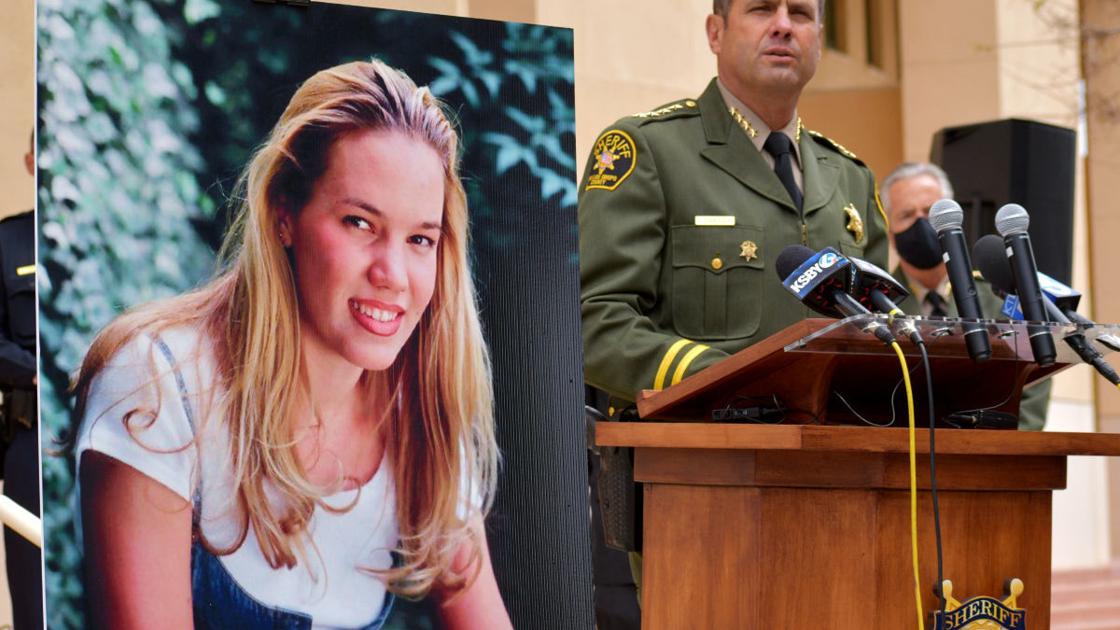 A preliminary hearing for the two suspects charged in the murder of Cal Poly student Kristin Smart has been delayed.

A preliminary hearing for the two suspects charged in the murder of Cal Poly student Kristin Smart has been delayed for at least one week.

The hearing for Paul and Ruben Flores was originally scheduled to begin Tuesday but now is tentatively slated to begin July 12 upon a judge's approval. Court officials expect the hearing will last 12 days.

Harold Mesick, who represents Ruben Flores, could not comment on the reason for the delay granted Wednesday due to a gag order in the case.

Parties of the Kristin Smart case met Monday to discuss witnesses for the preliminary hearing and motions to be discussed further beforehand.
www.recordnet.com

In preparation for next week’s 12-day preliminary hearing concerning the disappearance of Kristin Smart and the two men being charged in connection to her murder, the court convened Monday to discuss witnesses and subpoenaed records to be used next week.

The preliminary hearing has been delayed twice due to the defense’s claims of not receiving discovery from the District Attorney’s office. It is now scheduled to begin July 20.

Parties of the Kristin Smart case met Monday to discuss witnesses for the preliminary hearing and motions to be discussed further beforehand.
www.recordnet.com

In preparation for next week’s 12-day preliminary hearing concerning the disappearance of Kristin Smart and the two men being charged in connection to her murder, the court convened Monday to discuss witnesses and subpoenaed records to be used next week.

The preliminary hearing has been delayed twice due to the defense’s claims of not receiving discovery from the District Attorney’s office. It is now scheduled to begin July 20.
Click to expand...

Her poor family has been through enough. All the years. Unbelievable. 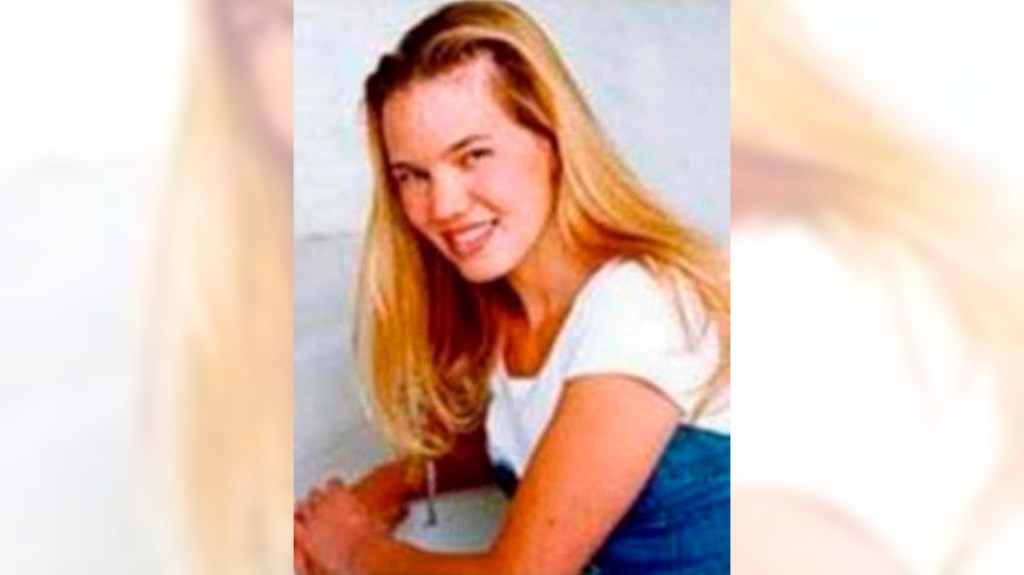 A judge has denied a prosecutor’s bid to file rape charges against the man accused of killing California college student Kristin Smart, who went missing 25 years ago.

The San Luis Obispo district attorney’s office had sought to add two rape charges — for offenses it said were committed in Los Angeles County after Smart disappeared — to the complaint filed against Paul Flores in Smart’s death, KEYT reported Wednesday.

The judge ruled against the DA’s motion and scheduled a preliminary hearing in the murder case for Aug. 2, according to the San Luis Obispo Tribune.

Attorneys for the Floreses have denied that their clients committed any wrongdoing. A lawyer for Paul Flores on Wednesday called the prosecution’s attempt to add the rape charges a “publicity stunt,” according to KEYT. 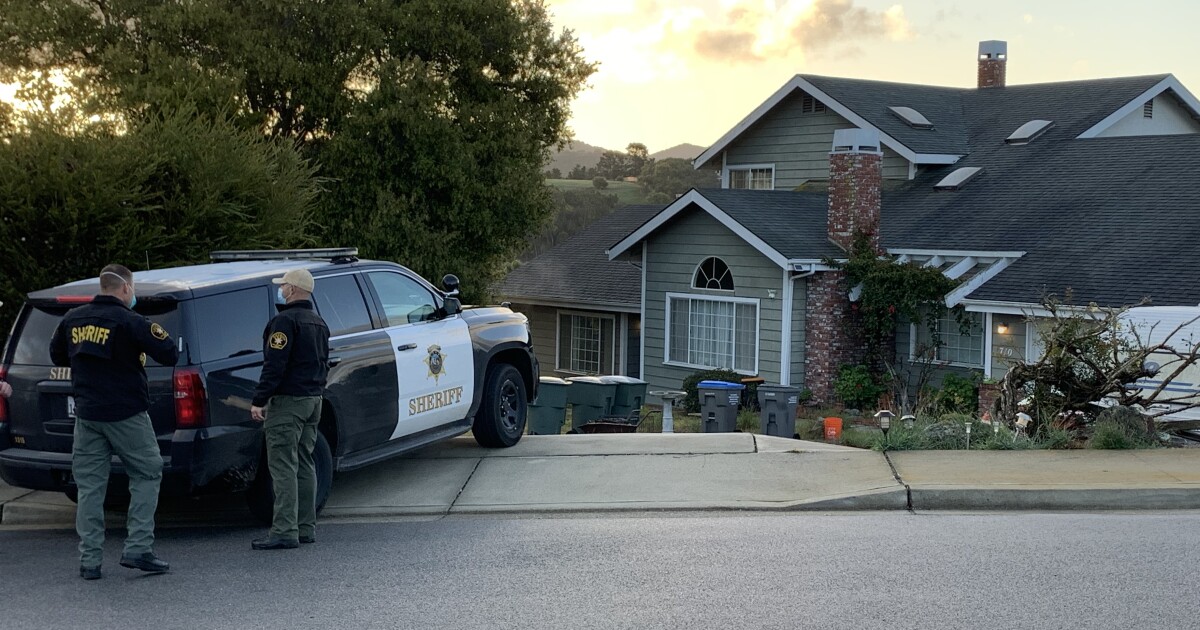 Some previously sealed documents related to the Kristin Smart murder case are now open, and the 80 pages reveal new details about what authorities say they uncovered during their investigations.

Some previously sealed documents related to the Kristin Smart murder case are now open, and the 80 pages reveal new details about what authorities say they uncovered during their investigations. 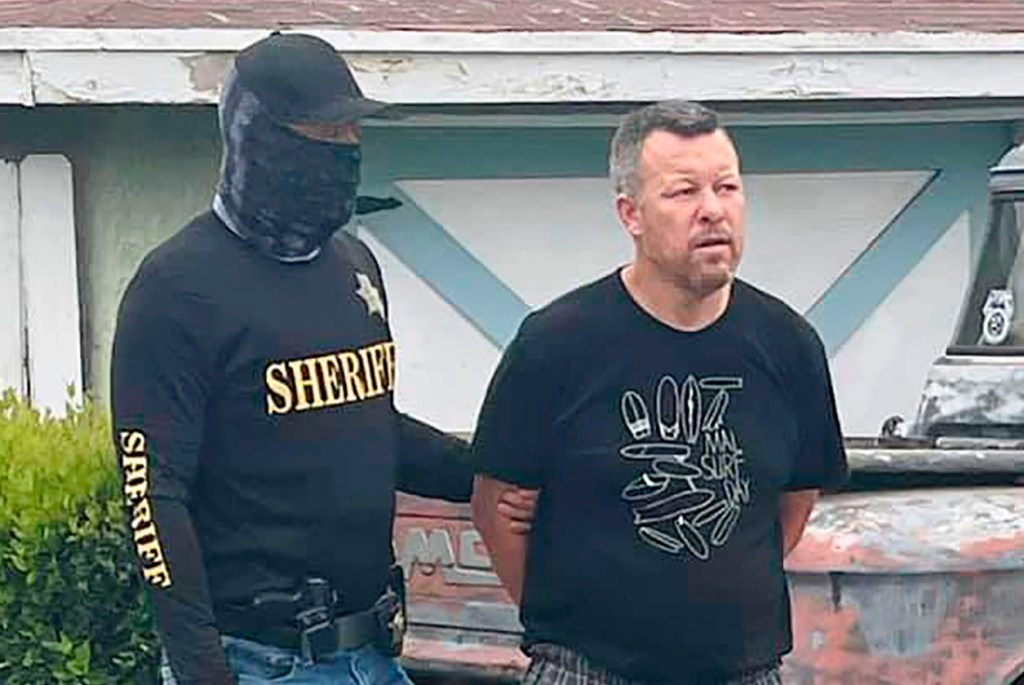 More than two dozen women described disturbing and dangerous encounters — including sexual assaults while they were semi-conscious and felt drugged — with the man charged with killing missing California college student Kristin Smart.

Incidents with Paul Flores ranged from creepy stalking to unwanted touching to aggressive sexual behavior to, more recently, being drugged and raped after meeting him at bars, according to a document unsealed Wednesday in San Luis Obispo County Superior Court.

Flores was referred to as “Chester the molester” and “psycho Paul,” former fellow college students said. 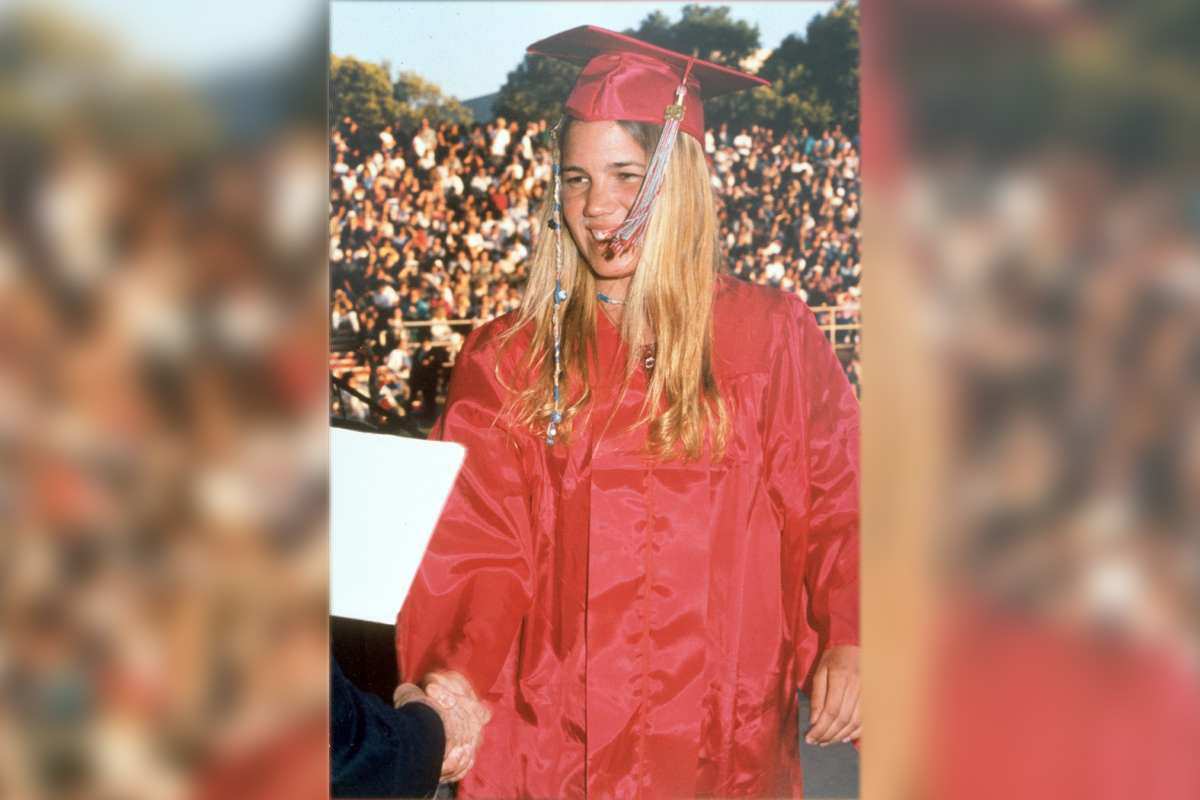 Investigators are reportedly searching the hills of Arroyo Grande, a city about 20 miles south of the Cal Poly campus, for the remains of missing college student Kristin Smart.

Last week, unsealed court documents from the prosecution said investigators found a "large approximately 4-foot-by-6-foot anomaly" under the back deck, as though "someone dug the soil out and put it back," prosecutor Christopher Peuvrelle wrote. Soil within the area was tested and came back as a likely match for human blood, prosecutors allege.

A neighbor on White Court also told investigators she noticed unusual activity at the Flores home in February 2020. According to the neighbor, she saw Paul's mother and Ruben's ex-wife Susan Flores and her boyfriend Mike McConville. The witness said Ruben Flores, Susan Flores and McConville attempted to "back an enclosed travel trailer to the back of the house near the deck."

On Wednesday, Chris Lambert, who helped revive interest in the case with his popular true crime podcast "Your Own Backyard," said police were following up on tips he received from listeners.

"Since appealing to the Central Coast in Episode 10, I’ve received dozens of tips from citizens who have spotted unusual activity," Lambert wrote on Instagram. "Several of those tips pointed to one area in particular, and after passing the information on to law enforcement, investigators are following up TODAY and searching for Kristin Smart’s body in an area of rural Arroyo Grande that the Flores family has returned to repeatedly."

Neighbors told KTLA they saw detectives searching near the Huasna Road area. This is not the first time the investigation has zeroed in on this area. In 1996, police unsuccessfully searched the hills, and they've returned a few times over the years after receiving tips.

Investigators and prosecutors have declined to comment on this week's search.

The hearing will likely feature a series of witnesses including investigators, archaeologists and cadaver dog experts, as well as women who are expected to testify to Paul Flores’ past sexual assaults and predatory behavior.

The hearing is not being live-streamed and members of the media in attendance are under strict rules prohibiting the use of electronic devices in the courtroom.

“She always felt like a gift to our family,” Denise Smart said of her daughter. “She was so energetic and had a great smile. She was the best hugger.”

Paul Flores stared mostly straight ahead during the first day of proceedings, rarely looking in the direction of his father or the news media sitting in a corner of the courtroom.


Here is what occurred on Day 1 of the preliminary hearing: (more details at link)

In arguing against the subpoena, attorney Jeff Radding told Superior Court Judge Craig van Rooyen that Susan Flores, if called to testify, would invoke her right against self-incrimination because, he argued, her words on the stand would be misquoted and misconstrued in the press and on social media.

WITNESSES SPEAK ABOUT HOUSE PARTY WHERE SMART WAS LAST SEEN​ 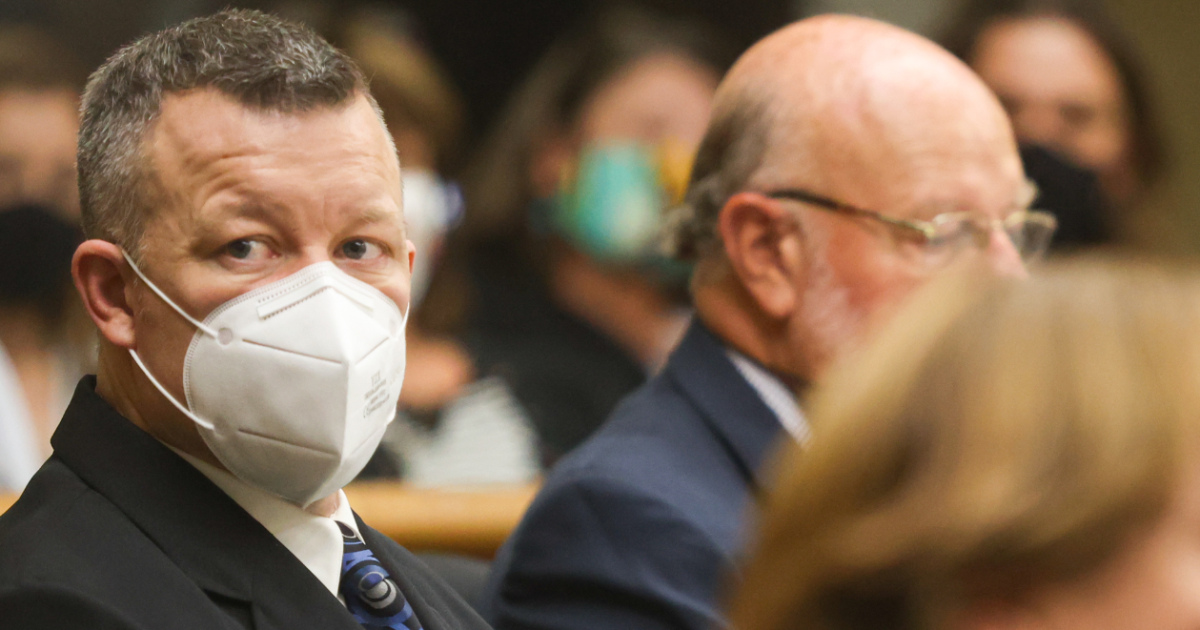 The preliminary hearing for Paul and Ruben Flores heads into Day 3 Wednesday.

Paul and Ruben Flores were back in court Wednesday for day three of their preliminary hearing where more people were being called to testify.

Court was on the record Wednesday at 9:17 a.m. Prosecutor Chris Peuvrelle submitted an arrest report into evidence from May 27, 1996 when Paul Flores was arrested by Arroyo Grande police for driving on a suspended license.

Retired Cal Poly police investigator Lawrence Kennedy took the stand after Cole. Serving as an investigator from 1985-2003, he reportedly investigated Kristin Smart’s missing person’s report the Monday and Tuesday after she went missing over Memorial Day weekend in 1996.
You must log in or register to reply here.
Share:
Facebook Twitter Reddit Tumblr Email Share Link