Kimberly was last seen on October 31, 1998, when she left to go to a nearby store. Kimberly ears are pierced. Her nicknames are Kim and Kiwi.

Kimberly was last seen in the parking lot of the CVS Pharmacy on the corner of Third Street and Forest Avenue in Montgomery, Alabama. She had gone to the pharmacy at 4:00 p.m. to purchase candy and a soft drink. She never returned to her family's...

www.crimewatchers.net
Last edited by a moderator: May 17, 2020

Missing Since: 10/30/1998
Missing From: Montgomery, Alabama
Classification: Endangered Missing
Sex: Female
Race: Black
Date of Birth: 05/23/1982 (37)
Age: 16 years old
Height and Weight: 5'2 - 5'4, 110 pounds
Clothing/Jewelry Description: A gray Bugle Boy shirt with a collar, light blue Levi's jeans, white Reebok sneakers with gray trim, an emerald ring with two diamonds on each side and a double heart ring set with a diamond.
Medical Conditions: Kimberly suffers from severe allergies. As a result, she preferred to stay indoors at the time of her 1998 disappearance.
Distinguishing Characteristics: African-American female. Black hair, brown eyes. Kimberly has a small surgical scar on the left side of her her abdomen. Her ears are pierced. Kimberly's nicknames are Kim and Kiwi.

Kimberly was last seen in the parking lot of the CVS Pharmacy on the corner of Third Street and Forest Avenue in Montgomery, Alabama on October 30, 1998. She had gone to the pharmacy at 4:00 p.m. to purchase candy and a soft drink. She never returned to her family's residence and has not been seen again. Her parents reported her missing after they looked for her themselves for several hours without result.

Kimberly is described as a friendly and well-behaved teenager. She enjoyed children, music, dancing and computers in 1998. She was planning her Christmas shopping on the day of her disappearance and spoke to her father about it. She was a tenth-grader at Jefferson Davis High School in 1998.

Her case was originally investigated as a possible runaway due to her age. Investigators now believe she may have been abducted, but the circumstances surrounding her disappearance are unclear, as there are no known witnesses and no concrete evidence of foul play.

Kimberly's mother died in 2005, but her father is still alive and searching for her. Her case remains unsolved.

Waiting for a 'good girl' to come home - CNN.com

Kimberly Arrington was 16 when she disappeared more than a decade ago, and her father still waits for her to come home. So does a little girl she never met who carries her name.

STORY HIGHLIGHTS
New York (CNN) -- Kimberly Arrington was 16 when she disappeared more than a decade ago, and her father still waits for her to come home. So does a little girl she never met who carries her name.

Walter Arrington remembers "a good girl" who enjoyed listening to music, dancing and learning computers at school, where she was well-behaved.

"I've been going through this for the last 12 years, and I feel like this might be my last chance of ever seeing my daughter or somebody recovering her," he said, hoping a story would compel someone to come forward.

Someone may have asked his daughter for directions, Walter Arrington believes, and forced her into a car as she walked to a CVS pharmacy near her home Montgomery, Alabama, on the day before Halloween, October 30, 1998.

"Most people liked her, and she was very friendly towards everybody,'' he said. "I felt like maybe that's part of the reason why they got her.''

Walter Arrington was leaving for work the last time he saw his daughter. She was already talking about Christmas, he said, asking about her gifts. That's the picture that stays in his mind.

"I can hear her talking and see her talking from that day now,'' Walter Arrington said. "And I can't go on any further, because I'm at a standstill until I find out what happened to her. ... It is something that I carry with me every day.''

Kimberly Arrington left the family's home about 5 p.m., telling her mother where she was going, according to police. And then she simply vanished.

"It wasn't easy for her, either,'' Walter Arrington said, recalling that one of the last things his wife asked was whether he will continue to look for Kim.

Whatever her fate, Kimberly Arrington's name lives on. Six years ago, her sister Jennifer named her daughter Kim, after her missing aunt. The girl, who knows that her mother's sister is missing, often asks when she's going to meet "Auntie Kim."

Her disappearance remains a mystery with few clues and no strong leads, according to investigators in Montgomery.

Despite dozens of interviews with family, friends, classmates and city residents, no viable witnesses were found in the days, months and years that followed, said Capt. Keith Barnett of the Montgomery Police Department.

"We had nobody that saw her get snatched up. Nobody found her purse or jacket or anything on the side of the road,'' Barnett said. "She just disappeared. She left home and disappeared.''

Whether Arrington made it to the pharmacy after she left home shortly after 5 p.m. will probably never be known. No credible witnesses came forward, and there was no surveillance video from the store.

"For an older girl to be abducted and vanish -- if that's what really happened -- would be unusual,'' Barnett said.

He explained that most abductors target a younger child because they're ''easier to manipulate, to get in the vehicles, easier to control.'' Sixteen-year-olds such as Arrington would put up more of a fight because they're stronger, he said.

Known sex offenders in the area were questioned, and police looked into rumors and speculation. Still, a suspect was never found.

Police canvassed the area from Arrington's house to the CVS store, searching for signs of struggle and belongings she may have dropped.

But they came up empty-handed.

"It'll never be closed until she's located one way or another, however she's found,'' he said, adding that the department will look into any tip.

Because her DNA is not available, police have sent samples from her father and one of her sisters to a national database.

In the hours after she vanished, Arrington was considered a runaway, which is indicated on the police report.

"All we thought we had was possibly a girl that left home for a few hours to be with friends, boyfriends or whatever and was coming back home,'' said Lt. Rickey Fennie, who is now in charge of the investigation.

"But it didn't take long for us to realize that probably was not the case.''

Asked whether time or crucial opportunities to find her may have been lost, Barnett said: ''Unfortunately, at the initial time of the report, we had no information or evidence from anyone, including the parents, that pointed at foul play being involved.''

Barnett says there was a two- to three-hour delay when Arrington's parents reported her missing because they had gone looking for her on their own.

"So, no, I do not feel that any vital leads were missed, because all the proper actions were taken as soon as it looked as if this might be more than a runaway,'' he said.

According to the missing-person posters, Arrington was 5'4'' and 110 pounds. She was wearing a gray Bugle Boy shirt with a collar, light blue jeans and white Reebok sneakers with gray trim. She has a scar on her stomach. Now she would be 27 years old.

Anyone with more information about Arrington's disappearance is asked to call the Montgomery Police Department at 1-334-241-2790 or the National Center for Missing & Exploited Children at 1-800-THE-LOST.

The Arrington family was one of a handful that participated in Alabama's inaugural Missing Person's Day, which involved law enforcement training and counseling for families of missing persons. The event was coordinated by the Alabama Attorney General's Office, the Montgomery County District...

On the afternoon of Oct. 30, 1998, Kimberly Arrington left her home and walked the short distance to the CVS Pharmacy on Forest Avenue in Montgomery to pick up some candy and soda.

The 16-year-old never made it to the store. She disappeared without a trace.

Nearly 17 years later, her family is still searching for answers.

The Arrington family was one of a handful that participated in Alabama's inaugural Missing Persons Day, which involved law enforcement training and counseling for families of missing persons. The event was coordinated by the Alabama Attorney General's Office, the Montgomery County District Attorney's Office and the National Missing and Unidentified Persons System (NamUS).

Nearly 170 Alabamians are missing, said Louis Zook, the Alabama Attorney General's law enforcement coordinator, but at today's event law enforcement from across the state and families of the missing are able to coordinate and share resources.

"These missing people are not just cases, they are the loved ones of hundreds of citizens of Alabama," he said. "It is time to bring them home."

Bailey said he would consider the event a success if at least one missing person's case was solved.

During the event, families could provide DNA samples to aid in the search and identification of their loves ones.

Kimberly Arrington's father, Walter, said he is still in shock over the disappearance of his daughter.

"I have been up and down for years," he said, describing the emotional toil Kimberly's disappearance had on him.

Her sister, Jennifer Arrington Youngblood, was 14 years old when her sister went missing. She described not knowing what happened to her older sister as "very stressful."

"She asked me to walk to the store with her," Jennifer said, but for some reason she didn't. She said her sister, who was in 10th grade at Jefferson Davis High School, had severe allergies and liked to stay inside. She wasn't involved with an older man, and it wouldn't have been like her to run away from home.

Youngblood said her sister's case was featured on almost every talk show, a decade or more ago, from "Nancy Grace" to "Maury."

There were never any concrete leads, though, and no evidence that Kimberly ever made it to the CVS.

Youngblood suspects her sister may have been picked up by a human trafficker, and that she may be living somewhere else now.

To honor her sister, Youngblood named her 11-year-old daughter, Kimberly.

Walter heard from a psychic who said Kimberly is still alive and has two children, but she doesn't remember her life before she was taken. 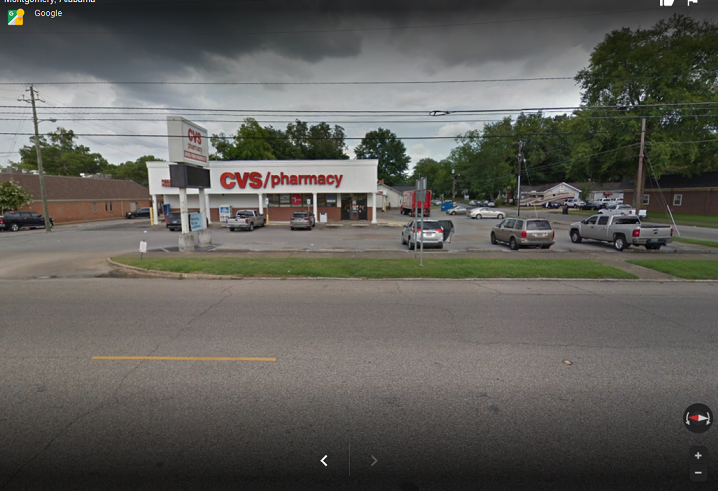