Jorge Manuel Duarte Lopes de Sepúlveda disappeared from Massarelos, Porto, Portugal on August 15, 1991 at the age of 14. Few details are available in his case.

JORGE MANUEL SEPULVEDA has been missing from Massarelos, Portugal since Aug 15, 1991 - Age 14

Jorge Manuel Duarte Lopes Sepúlveda has been missing since August 15, 1991. He was 14 years old. He was last seen in Massarelos, Porto, where he was born and lived with his parents.

www.crimewatchers.net
Last edited by a moderator: Feb 20, 2020
Click to expand...

- Jorge Manuel Duarte Lopes Sepúlveda has been missing since August 15, 1991. He was 14 years old. He was last seen in Massarelos, Porto, where he was born and lived with his parents.

Jorge Manuel Duarte Lopes Sepúlveda has been missing since August 15, 1991. A 14 year old man, born in Porto, who has never been seen until today. A tragedy that could have been resolved. This Monday, 13 years after his disappearance, mechanisms were created to try to find missing children more effectively.
A young man who, like Jorge Manuel, disappears from his parents' house, on a hot August day, is now more likely to be found. An international database allows each law enforcement officer in 19 European countries to know the main characteristics of all children who are reported missing. «This protocol signed with the Child Support Institute (IAC) allows the whole country and foreign entities to know in record time that a child, for example, from the Azores is missing. Any attempt to cross borders can be discovered », explained Subintendent Torres Rodrigues, representative of the PSP in the national network to combat the phenomenon of missing and sexually exploited children, to PortugalDiário. The reporting by the PSP to all authorities, including the IAC, of the disappearances allows not only a very comprehensive exchange of information, but also the updating of statistics from the Portuguese reality.

Information that can make a difference. The Judiciary Police is the police force that investigates missing children in Portugal. When looking at the PJ's website, we can easily see that children who have disappeared the longest are those about whom there is less information. Fewer clues on which to start an investigation. And less chance of being found. José Manuel is one of the young people who did not benefit from having his disappearance announced in the main European police stations.

Minor trafficking networks operating in Portugal
A fact that many assume, but that nobody knows for sure where, when and especially who. The new system of interconnection of authorities promises to fill the lack of information that exists.
The POS system, (Point Of Sale) - the information terminal that allows police officers to collect fines on the spot from offending drivers - will also be used to hunt possible child abductors. "If there is an alert for a missing child, we can enter the number of the Identity Card in the POS of a suspected individual and find out if he is wanted," explained the PSP's subintendent. In Portugal, most of the missing children run away from home or are “kidnapped” by their father or mother, disrespecting the orders of parental authority given by the courts. The cases of sexual exploitation detected are essentially of children and young people who, of their own free will, are part of prostitution networks. "They are still missing and sexually exploited children, but here the main answer is given by the IAC", he said.

Communication to the IAC has particular advantages in supporting children and their families. The few young people lost in Portugal or the many children who have run away from home, often end up in cells in police stations across the country. Not because they are detained, but because they have nowhere to go. In many cases they have nothing to eat or wear. The support role is played by agents who even take the children to sleep in their homes. A situation that can now be addressed much more quickly through the IAC. Families of missing children also have more support. We can hardly imagine what José Manuel's parents would have felt when they noticed their son was missing. Today, it is now possible for the authorities to contact an IAC technician to deal with the family.

Jorge Manuel will now be 26 years old. The exchange of information between the authorities may still find you. If you see him, you already know. Contact the nearest police station. 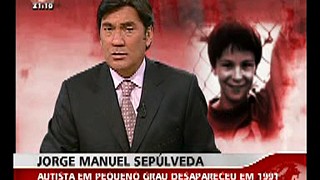 It was a holiday, celebration of the Assumption of Our Lady. Jorge got up early that day and left the house without his parents knowing. It was not the first time he had done so, but this time he did not return. He was seen on the way to Tamariz by a colleague and he was never heard from again.

Jorge Manuel's photograph is no longer on the PJ website. 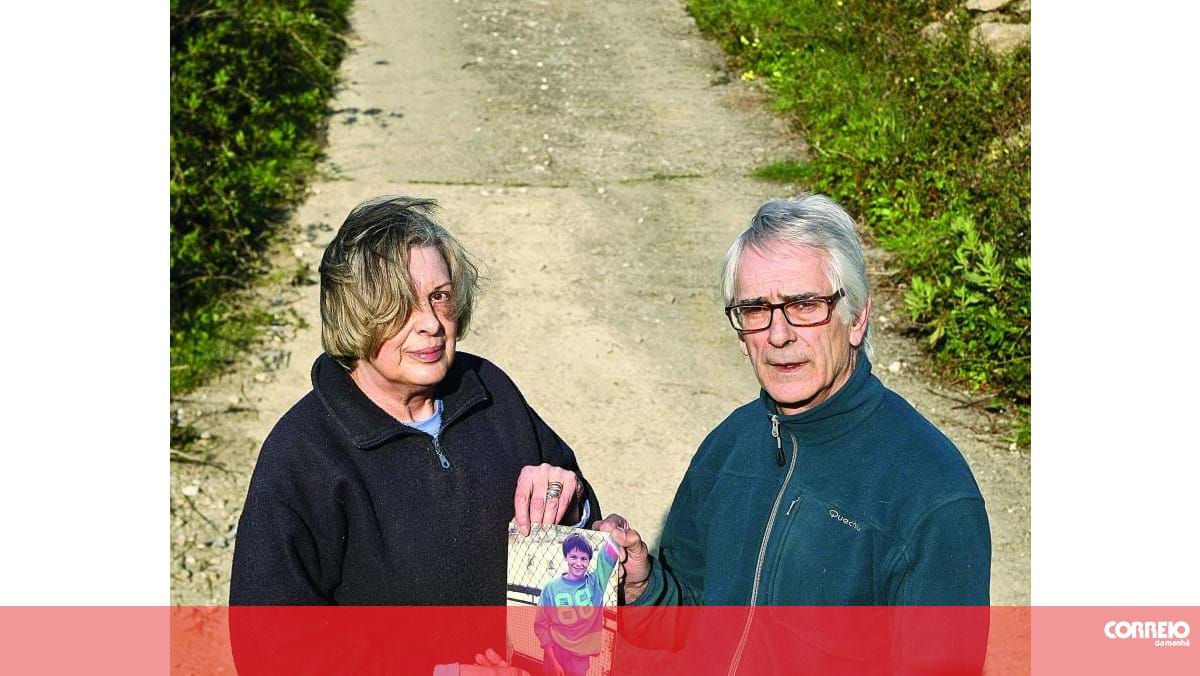 Maria Manuela and Pedro Augusto Sepúlveda have aged, are over 60 years old. Jorge Manuel disappeared when he was 14. That's all his parents know about him today, almost two decades later. "We don't miss him," says the mother. "We always think he was gone."

For criminal psychologist Ana Valente, each family has its own dynamics. "They organize themselves in such a way as to have an affective continuity with the child [even if absent]. They cannot assume the affective rupture because they cannot grieve".

Jorge Manuel's room is kept in boxes. The bed, the cabinet with his drawings and the markers. The family eventually moved out of the house to minimize the nightmare - but never to stop looking for their son. "It was unbearable to have a closed door [to Manuel's room]. And if it was open it was even worse" - they justify. The void of the room could be heard.

Manuel got up early on the holiday of August 15, 1991. He went to the kitchen to experiment with the oven. "What are you doing?" asked his mother, when he woke up at seven in the morning and surprised him in the kitchen. "Everyone is sleeping, your father, your sister. Go get some sleep or play." The kid went to the room without replying. Shortly after, it is assumed, he went down the porch to a carport and fled through the farm at the rear of the villa, in São Pedro do Estoril. "He was certainly going to the beach, because he was seen by a schoolmate next to the wall towards Tamariz", remembers Maria Manuela. "Manuel had a small percentage of autism. He was a kid with a superior intelligence" - confesses the mother. It was not the first time that the son ran away, but for the first time the case didn't even give time for tears. It was necessary to act, inform the authorities.

"We went out every night. I even gave money to street kids, others drove with us to take us to places where our son could be," says the mother. At the time, only her husband worked, but soon his medical sickness drove him away from the commercial part of Swiss Air.

In Lisbon, there were containers from Belém to Beato. They entered them all, one by one. They discovered that families were sleeping in the train carriages when they stopped at Cais do Sodré. "They were dangerous nights because when people who are sleeping on the street are uncovered, you never know how they will react - some of them had a knife in hand, a pistol. In the containers, where there was drugs, it was no joke either. We took the photograph of Manuel and we said: 'I'm sorry, but didn't you see this boy around here?' "- recalls his father, Pedro Augusto.

Even today, the Sepúlveda family is revolted. Few compliments are given to the actions of the PJ inspectors - "there were only two and one of them, a lady, did not go out at night" - who, despite the "sympathy", never resolved the case.
You must log in or register to reply here.
Share:
Facebook Twitter Reddit Tumblr Email Share Link