Do you know Happy Face Killer's sixth victim? Police release new 3D composite image to help identify Jane Doe
Keith Hunter Jesperson, now 60, is serving multiple life sentences for murdering a total of eight women between 1990 and 1995
Unidentified victim No 6 was found decomposed alongside Florida highway more than 21 years ago
Jesperson told investigators she was from Miami, he picked her up in Tampa and killed her at a rest stop in Pensacola
Victim possible named Suzanne or Susan was on her way to Reno, Nevada
Jesperson collaborated with a forensic artist to help create new 3D reconstruction of victim using her skull
By SNEJANA FARBEROV FOR DAILYMAIL.COM
PUBLISHED: 11:10 EST, 30 July 2015 | UPDATED: 14:43 EST, 30 July 2015


Police in South Florida are asking for the public's help in identifying the sixth victim of the so-called Happy Face serial killer.
Keith Hunter Jesperson, now 60, is serving multiple life sentences for murdering a total of eight women between 1990 and 1995.
The unidentified victim, whose decomposed remains were discovered more than 21 years ago in Okaloosa County months after her slaying, is believed to be the sixth.


The Palm Beach County Sheriff's Office said the deceased Jane Doe was about 30 years old, was likely from Florida or Nevada and named Suzy, Suzanne, Susan or Suzette.
Jesperson, who earned his notoriety by sending police and reporters confession notes scribbled with smiley faces - hence his nickname - claimed that he killed the mystery woman but was scant on the details.
Last year, Jesperson, who is currently serving three consecutive life terms at the Oregon State Penitentiary, agreed to team up with Palm Beach County forensic imaging expert Paul Moody to create a new sketch of the victim.

Moody then used the resulting drawing and the skull found more than two decades ago to create a three-dimensional image of the victim.
When police interviewed Jesperson about the sixth vicitm, he told them he picked up the woman at a truck stop in Tampa, that she was from Miami, that her name was Susan or Suzette, and that she was on her way to Reno, Nevada. But she never made it to her destination.
When they reached a rest stop on Interstate-10 near Pensacola, investigators said Jesperson raped and strangled the hitchhiker in the sleeper cab of his truck, and later dumped her body in the woods along the highway. No resemblance: When police showed the early sketch (left) to Jesperson, he said it looked nothing like the woman he killed. He took it upon himself to make another drawing of her last year (right)
Back in 1995, police had a reconstruction done of the victim's skull and entered the image into a national database hoping to find out her name, but the woman went unidentified.
Police later learned from the woman's killer that the composite sketch created by forensic artists did not resemble the victim.
Jesperson, who took up drawing behind bars, offered Paul Moody to create a sketch of the woman he murdered two decades ago.
Moody went on to superimpose Jesperson's portrait over the victim's skull to create a 3D reconstruction, which included a full-length image of a blonde woman with a strong jaw and high cheekbones, dressed in a floral frock that was recovered from the crime scene.
Her accessories included a long leather sash with geometric trinkets, a Native American-inspired bracelet and a deck of Tarot cards, which Jesperson said the woman had in her possession.
When Moody sent the completed reconstruction to Jesperson in prison, the convicted serial killer told him in a letter that he felt 'a rush of emotion' looking at the image because he 'saw her again.'
'He maintains this is her, no two ways about it,' said Okaloosa County Florida Special Agent Denis Haley. esperson usually targeted prostitutes and homeless women - raping them before strangling them with his bare hands.
Jesperson murdered his first known victim Taunja Bennett, 23, in January 1990, after meeting her at a bar near Portland, Oregon.
He invited her back to a house he was renting, where they had sex. Then he beat her and strangled her and went back out to a bar to have more drinks and provide himself with an alibi.
He later returned to the house, strapped Taunja's body into the front seat of his car and disposed of it before leaving town.
The serial killer said his victim was about 30 years old and named Suzanne or Susan
The serial killer said his victim was about 30 years old and named Suzanne or Susan
Three months later, Jesperson met Daun Richert-Slagle, a 21-year-old mother of three who became the only known victim to survive an attack.
The truck driver waited for more than two years before he struck again in 1992 - raping and strangling a woman near Blythe, California. She has still not been identified but Jesperson said her name was Claudia.
His killing spree then escalated - a month later he raped and strangled a prostitute Cynthia Lyn Rose in Turlock, California.
The next month, he killed a fourth woman, also a prostitute, named Laurie Ann Pentland from Salem, Oregon. He claimed to have strangled her because she tried to double the amount of money she wanted for sex and had threatened to call the police.
His fifth victim, an unidentified 'Jane Doe' living on the streets in Santa Nella, California, was discovered in July of 1993. Police initially believed she had suffered a drug overdose.
Another Jane Doe death, attributed to Jesperson, was found in September 1994 in Crestview, Florida. He said her name was Susanne.
In January 1995, Jesperson picked up a 21-year-old hitchhiker, Angela Subrize, whom he offered to drive from Spokane, Washington, to meet her boyfriend in Indiana.
On the journey, he raped and strangled her, then strapped her body face-down to the undercarriage of his truck so her face and prints would be ground off by the road while he drove.


The killer was finally caught in March 1995 after strangling his long-time girlfriend Julia Ann Winningham, 41, who he claimed did not love him but only wanted his money. She was the only victim he could be connected to. The rest are believed to have been strangers.
Jesperson initially refused to talk to police and attempted suicide twice. He then turned himself in, hoping for leniency at his trial.
He confessed details of his murderous history while in custody but later recanted much of it. At one point he claimed to have had as many as 160 victims. Only eight have been confirmed. Staff member
@GarAndMo39 ,. Did you find something on this case? I moved it for discussion.

Kimster said:
@GarAndMo39 ,. Did you find something on this case? I moved it for discussion.
Click to expand... 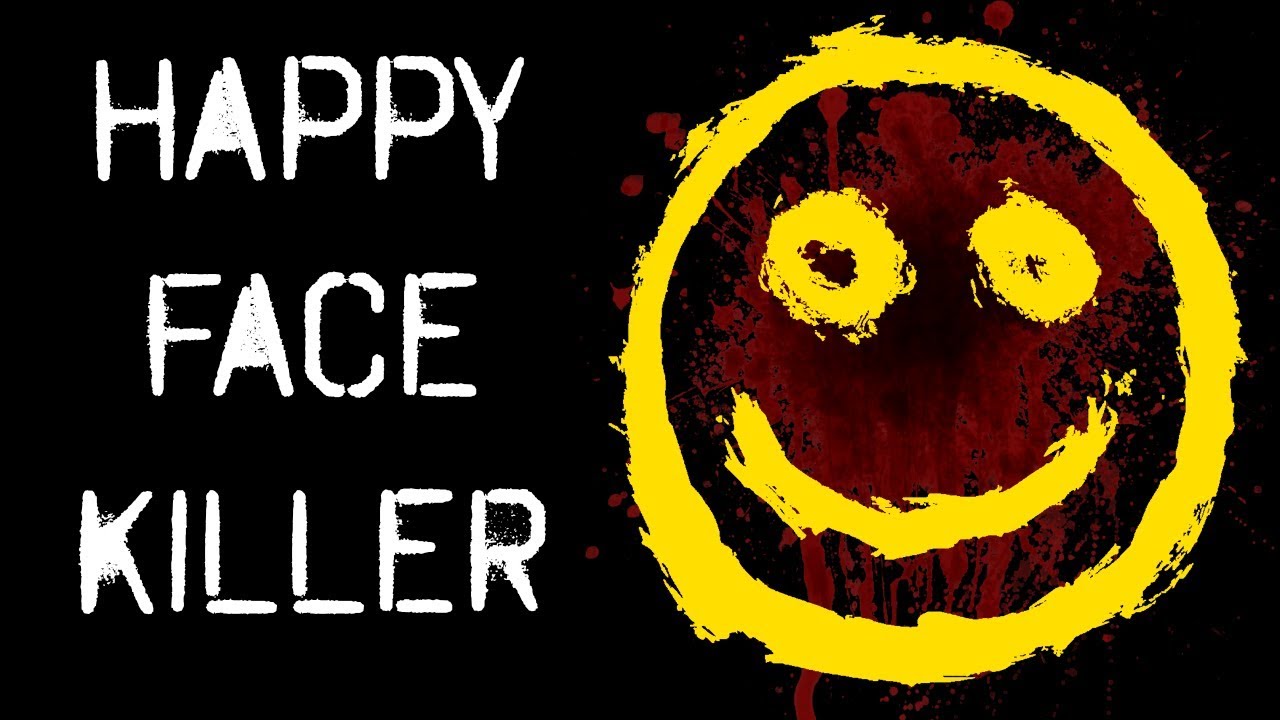 HappyFace Killer Draws What his 6th Victim Looked Like

For years, PBSO detectives have worked tirelessly along side a convicted serial killer to help identify a woman found decomposed. The killer says this is her...

Melissa Moore, now 34, is the daughter of Keith Hunter Jesperson who raped and strangled eight women in the U.S. in the 1990s
She revealed how at the age of 15, she found duct tape in her truck-driving father's sleeper cabin
She said her father took pleasure in sharing graphic sexual details with her growing up and how he once tortured kittens to death in front of her

By LOUISE BOYLE FOR MAILONLINE

The daughter of the 'Happy Face' serial killer has revealed how at the age of 15 she found a roll of duct tape in the bed of his long-distance truck's sleeper cabin - a moment which she brushed off but came back to haunt her, many times, years later.

Melissa Moore, now 34, has revealed in a new essay, published this week, chilling details about her father Keith Hunter Jesperson which had always left her with a lingering unease while growing up in Washington.

When she was five she watched in horror when he hung her pet kittens on a clothes line and tortured them to death, paying no heed to his young daughter's screams 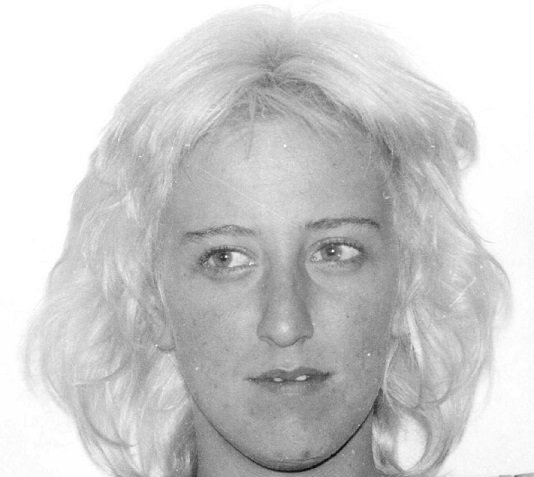