GANNON STAUCH: Colorado vs. Letecia Stauch for child abuse and murder of stepson

The Federal Bureau of Investigation is now involved in the ongoing search for a missing/endangered 11-year-old Colorado Springs boy who went missing Monday afternoon, and the task force investigating his disappearance is organizing a team of volunteers to start searching for him.

Gannon Stauch was believed to be a runaway after he left his home southeast of Colorado Springs between 3:15 and 4 p.m. on Monday. But as the week progressed, his disappearance was upgraded to a missing/endangered person case.

His stepmother said he left his home on foot to play at a friend’s house down the street on Monday afternoon, according to the sheriff’s office. Deputies and major crimes detectives had taken “extraordinary steps” to locate the boy, the sheriff’s office said. They were actively searching for evidence and taking witness statements, a sheriff’s office news release issued earlier this week read.

“He’s very young, it’s dark and cold outside and we want to bring Gannon to safety,” the sheriff’s said in a Facebook post earlier this week.

On Thursday afternoon, the El Paso County Sheriff’s Office and other task force members, as well as Stauch’s parents, hosted a news conference to update the community on his disappearance, discuss the steps being taken in the investigation, and to notify people in the area that they are organizing volunteers to begin a community search effort in coming days.

He said that the National Center for Missing and Exploited Children and FBI got involved after the case was upgraded to a missing/endangered child case. The FBI’s team specializes in search and rescue and “will be a good partner” in the investigation, Mahalko said.

He said the investigation was active and that authorities were conducting interviews with witnesses and collecting evidence – exhausting every lead they receive.

Mahalko said investigators were looking at “persons of interest” in the case as people who might be able to give them additional information on Stauch’s whereabouts.

He declined to say where authorities had been searching but confirmed that investigators had been in contact with some trash companies in El Paso County and in the Lorson Ranch area.


Kirby stressed that people with tips should report them to their tip line – 719-520-6666 – and not on social media because any tips sent to the sheriff’s office on social media will not be considered.

COLORADO SPRINGS, Colo. — The Federal Bureau of Investigation is now involved in the ongoing search for a missing/endangered 11-year-old Colorado Springs boy who went missing Monday afternoon, and the task force investigating his disappearance is organizing a team of volunteers to start searching fo

GANNON STAUCH: Colorado vs. Letecia Stauch for child abuse and murder of stepson

Gannon went missing from Colorado, but his remains were found thousands of miles away! See why his step-mother has been accused of his murder!

www.crimewatchers.net
Last edited by a moderator: Feb 4, 2020
Click to expand...


interview with Gannon's stepmother who was in charge when he went missing: 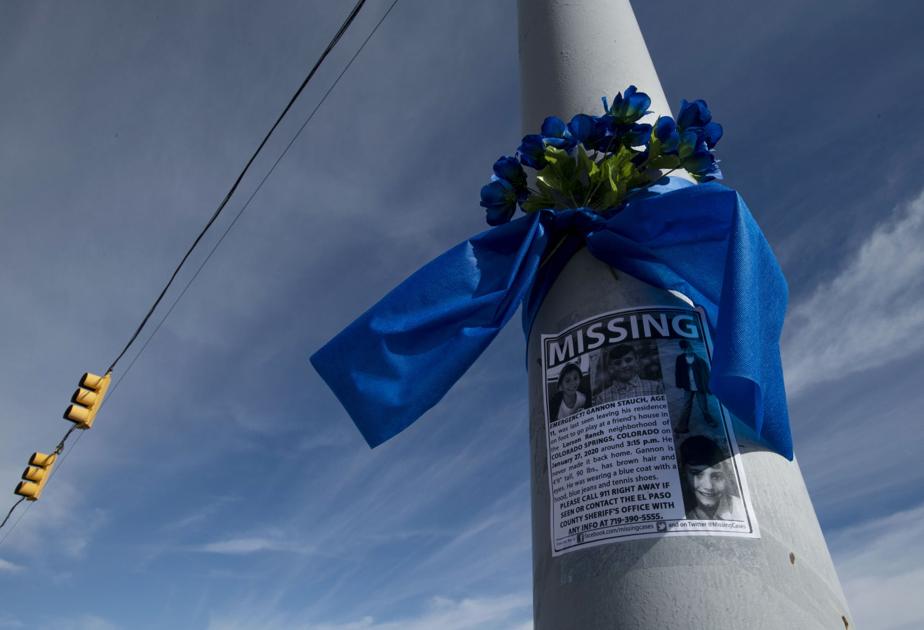 The stepmother of a missing Colorado Springs-area boy claimed in an interview with KKTV Friday that the El Paso County Sheriff's Office violated her constitutional rights while questioning her. 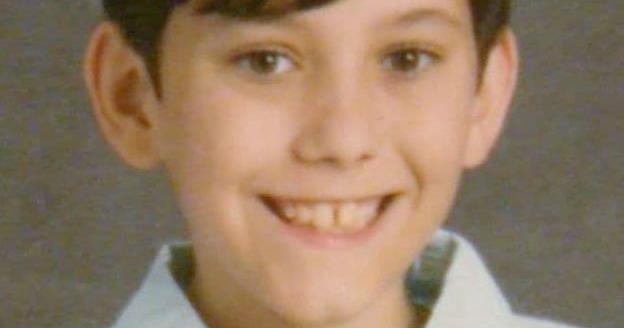 Five days into the search for 11-year-old Gannon Stauch, the El Paso County Sheriff's Office said Saturday that the agency conducted an extensive search through the boy's neighborhood.

If you would like to volunteer to help search for Gannon Stauch, please download this form, fill out, and e-mail back to shrCommunityVolunteer@elpasoco.com.

Incomplete applications will not be considered. Must be 18 years of age.

El Paso County Sheriff's Office said the search for Gannon would continue as long as conditions allowed. A snowstorm was hitting the state and accumulation in the area was expected to reach up to 6 inches.


Letecia Stauch, who says she was the last person to see Gannon says her family had received more than 20 death threats.

"I took care of Gannon for the last two years in our home. I would never, never, ever hurt this child. And I know there are some questions out there ... that's up to the investigations -- when they end up letting you guys know -- but I've cooperated with them," she told KKTV. "We are going to find Gannon and that's the main goal that we all have. I'm just ready for Gannon to come home." 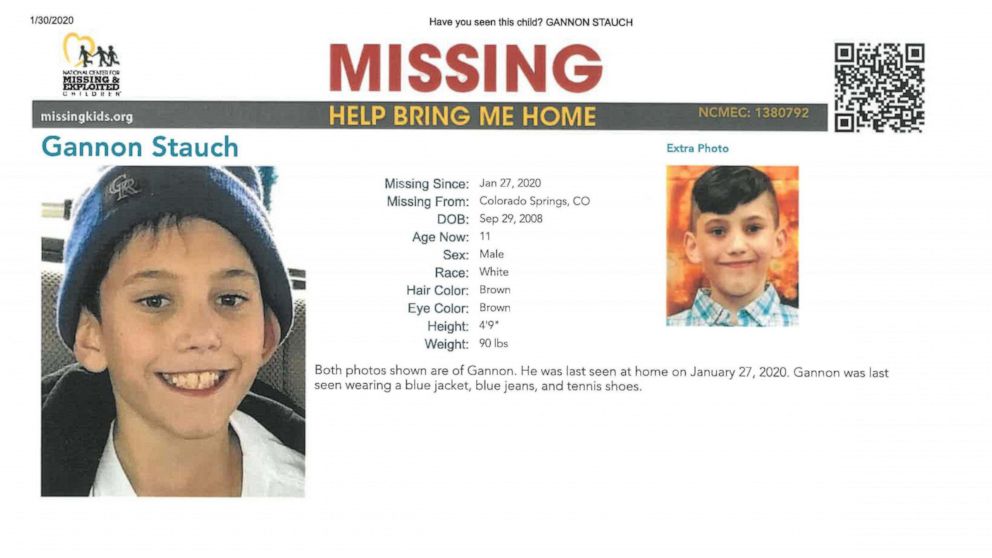 Gannon Stauch vanished after leaving the house in Colorado Springs to walk to a nearby friend's house, his stepmother told authorities.

(MOO - the tone of Staunch's statement is very different than her previous interview. )

In my opinion they are closing in on a suspect. Have the feeling that LE knows what happened. But I have been wrong before....

I sure hope you are right.

FOX31 obtained a copy of this evidence that came from a neighbor's surveillance camera. Authorities have asked us not to describe or show it yet because it’s a part of their investigation. To ensure we don’t compromise anything in the search for Stauch, we are honoring the sheriff’s office request.

As the search for Stauch continues, investigations centered around the home he was last seen leaving on Jan. 27. Investigators walked inside of the home with gloves and left with evidence bags.


FOX31 asked the sheriff’s office if they are getting closer to finding answers Monday afternoon. “I don’t have that answer, I don’t know. But I can say this is being worked tirelessly and we won’t stop,” Kirby said

A few doors down, neighbor Roderrick Drayton did some investigating on his own.

“I couldn’t sleep so I just stayed up and I started looking through [surveillance footage],” Drayton said, adding, “I looked through on my tablet, then I said, 'Let me look on my TV to be sure.”

Police have asked us not to share what he found yet.

“This is something the investigators are looking into and it would be part of our investigation,” Kirby said.

EL PASO COUNTY, Colo. -- One week after an 11-year-old El Paso County boy went missing, authorities received a new piece of evidence to further the investigation into Gannon Stauch’s disappearance. FOX31 obtained a copy of this evidence that came from a neighbor's surveillance camera...

UPDATE: Seven days after his disappearance, a Metro Crime Lab team spent hours at 11-year-old Gannon Stauch’s home today. They went in with gloves and tools and left with several evidence bags. Have live reports with exclusive details about a new piece of evidence at 4@5 on
@KDVR

EPC Sheriff's Office
6 mins ·
Sheriff's Office Update on Search Efforts for Gannon Stauch
On February 3, 2020, the El Paso County Sheriff's Office and partners continued our search focused in the area of 2743 E. Las Vegas Street. At approximately 2:00 PM, the search in this area was completed. We will continue to search specific areas based on tips and leads in this investigation.
For the past 3 days, we have had over 2,400 hours of manpower put into the search efforts for Gannon. This included the assistance of our Mounted Unit, Search and Rescue canines, and aerial coverage with drone operators.

Staff member
This is not looking good for little Gannon.

Hinky meter went off immediately when step-mom goes on crying about her "constitutional rights being violated". Dang it. If your child is missing, who cares?!? If you are innocent, why do you care if you have a lawyer? And especially if you're innocent, stop your whining about yourself and worry about your missing child!

None of the above sounds good for Gannon, I agree.

She certainly does not come across right, the stepmom, I watched the one interview with her.

Has any more come out about what this evidence is and surveillance shows? If the dad broke down on seeing it, it doesn't sound good. 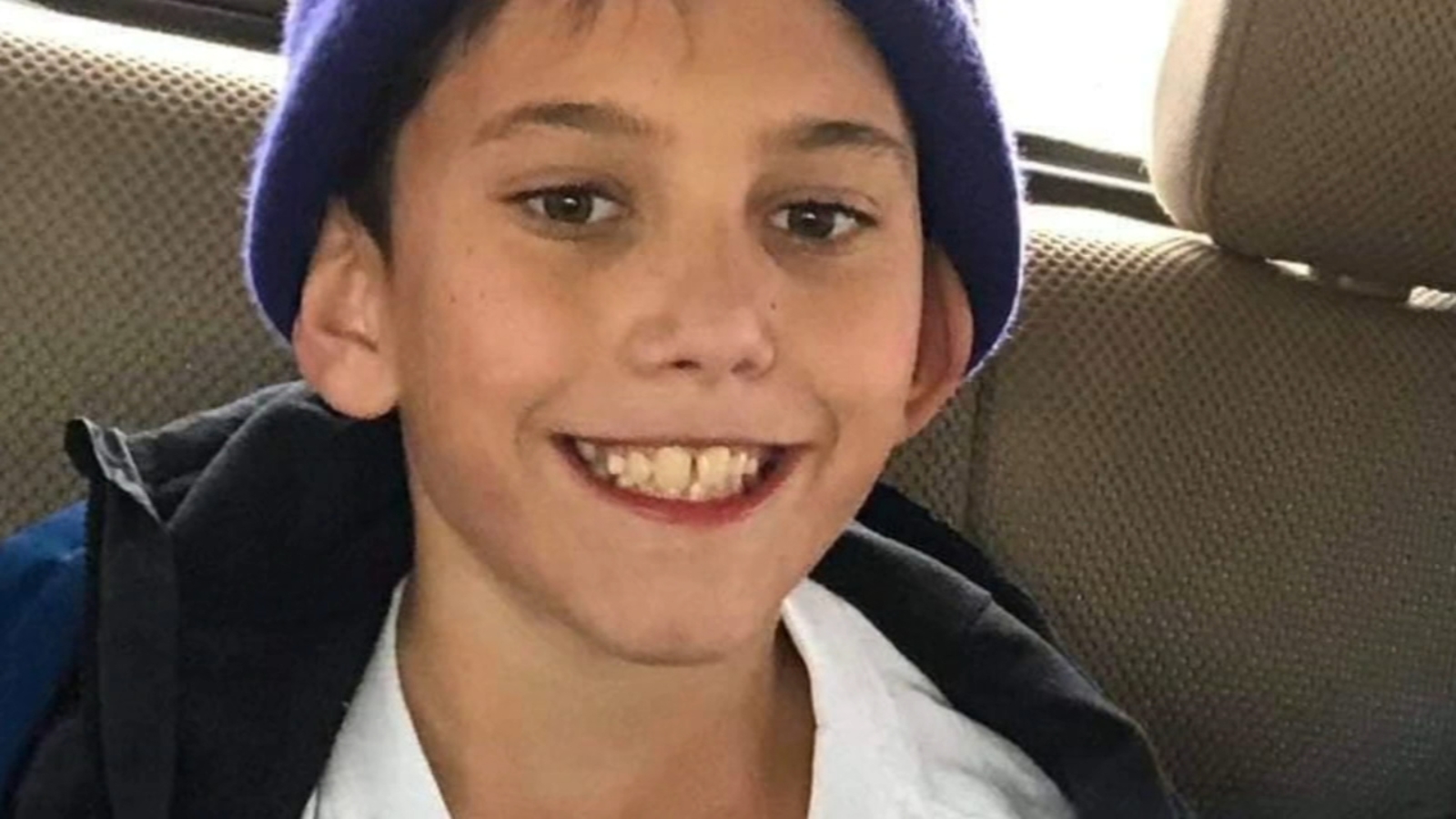 The search has intensified for an 11-year-old boy who has been missing for more than a week.

However, neighbor Rockerick Drayton said he searched through his home surveillance video as the search intensified. Drayton said the video showed Letecia and Gannon Stauch get into a red pickup truck in the driveway of their home around 10:15 a.m. About four hours later, the truck returns to the house and Leticia Stauch gets out of the vehicle alone.

The El Paso County Sheriff's Department has a copy of the video, but a spokesperson cautioned the video was only one part of the investigation.

Staff member
Oh dear. This isn't good at all!

^^^ rental car is part of investigation. no further comment.
crime lab may be involved although investigation is not deemed criminal
please trust investigative method. all want to bring Gannon home.
will not verify Monday school absence.
have the best hope to bring child home alive.
no comment on stepmother's tv interview.

I had hoped for one (or more) arrests today, but finding Gannon first would be better of course. I so much wish he's still alive, but this is all looking really bad.

Whatsnext said:
I had hoped for one (or more) arrests today, but finding Gannon first would be better of course. I so much wish he's still alive, but this is all looking really bad.
Click to expand...