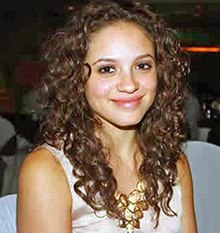 Faith was a 19-year-old junior at the University of North Carolina in Chapel Hill when, on the morning of Sept. 7, 2012, a returning roommate discovered her body in a bedroom of the off-campus apartment they shared, according to the roommate's 911 call.

An autopsy revealed Faith died after a severe beating to the head; investigators believed the weapon was an empty but unbroken bottle of Bacardi peach-flavored rum found at the scene, covered in blood.

From that moment on, police have searched unsuccessfully for an assailant. 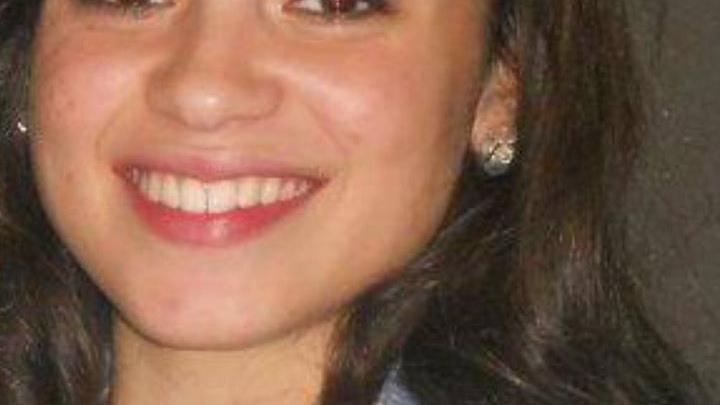 Roland Hedgepeth lives in a small home in Hickory. Throughout the house are pictures of a smiling young woman and decorations with the word faith.

Roland Hedgepeth lives in a small home in Hickory. Throughout the house are pictures of a smiling young woman and decorations with the word faith.

Hedgepeth said many of the decorations were gifts as well as some of the paintings. All are in remembrance of his daughter, Faith Hedgepeth, who was found dead in a friend’s apartment in Chapel Hill on Sept. 7, 2012.

“Most people remember her laugh and her smile,” Hedgepeth said. “She smiled a lot of the time. She had a unique laugh. It was like a little girl that you tickle, and they get hysterical. That’s the way her laugh was.”

Her room is still decorated for a young woman, with a bedroom set. However, the bed is covered in binders where Hedgepeth keeps track of the case and any new developments as well as media stories about his daughter. The walls are covered in memorabilia from before and after her death.


It will be eight years this September since Faith’s murder, and Hedgepeth is still seeking justice. He said he’s aged twice that. His efforts have cost him money, time and his health. He spent his retirement savings and even borrowed money he is still paying back to hire private investigators.

Once he ran out of money, people approached Hedgepeth to offer him pro bono services. While he’s grateful for the assistance, he said that without being paid, people don’t have the drive needed to find answers.

“I got burned out on it (bringing Faith’s murderer to justice) last year,” Hedgepeth said. “I got to the point where I realized that I had to try and let it go a little bit because it had consumed me.”


Hedgepeth said he liked to see stories on Faith out there. The more visible Faith and her story is, the more likely he feels someone who knows something about that night may come forward.

The unsolved murder of UNC-Chapel Hill student Faith Hedgepeth will be back in the spotlight Sunday, during an event designed to keep attention on the case and to remember other missing and murdered Indigenous women in North Carolina.

The event, called “Raising Our Voices,” starts at 3 p.m. in the patio of the Vecino Brewing Co. in Carrboro.

Hedgepeth, a member of the Haliwa-Saponi tribal community in Warren County, was found beaten to death in the off-campus Chapel Hill apartment she shared with her roommate, Karena Rosario, on the morning of Sept. 7, 2012. Rosario and friend Marisol Rangel discovered the body. The night before, Hedgepeth, 19 years old, had gone out to a club with Rosario.

The Chapel Hill Police Department gathered a considerable amount of forensic evidence from the scene, including DNA, a murder weapon and a cryptic note written on a fast food bag. The department has performed hundreds of DNA tests and generated a composite image of the killer based on DNA, yet the case seems no closer to being solved than it did almost eight years ago.

At Sunday’s event, people close to missing and murdered Indigenous women will speak about their “lost ones.” Singer Alexis Raeana will perform throughout the event. After speakers and performances, the group will move to the sidewalk outside Vecino and hold up signs to raise awareness.

Other missing and murdered Native American women remembered during the event:

AND THE PACKERS GET THE NFC BYE!!

Thoughts come to mind on reading the articles, which don't entirely match, not unusual. But I guess they are thoughts long asked or covered probably since not a new case.

Why did the roommate need a ride home, who gave her a ride the night or early morning before?? One article says she called for a ride at 8 a.m. and the other says 11 a.m. One article says she was a roommate of the victim, and the other said she was a friend she was just staying with temporarily (was she leaving a bf or something and there may have been an upset ex?). Why did the roommate not lock the door? The final thing that kind of gets me is the murder weapon being an unbroken bottle. I don't question that could happen but why a bottle? Wouldn't the guy typically strangle, overpower or punch a female? And the bottle never broke? Part of me thinks this sounds female or like a weak man but it could have just been a weapon of opportunity I guess.

Just thoughts on reading this. I am sure LE and the parents have been over these thoughts 1,000 times and that there is more info out there over this number of years than I am aware of answering some of these questions.

Someone seemed to clearly know when she was alone and did they expect the door unlocked or was it an invited guest? Roommate leaves to give privacy knowing victim was expecting a guest? In that case, I would think there is a POI even if not named...

I am just doing the usual on reading the facts in the articles here and I guess I don't know enough but the parents keep it in the news to keep interest and it has grabbed mine.

I was hoping for an arrest when I saw the thread had new information. 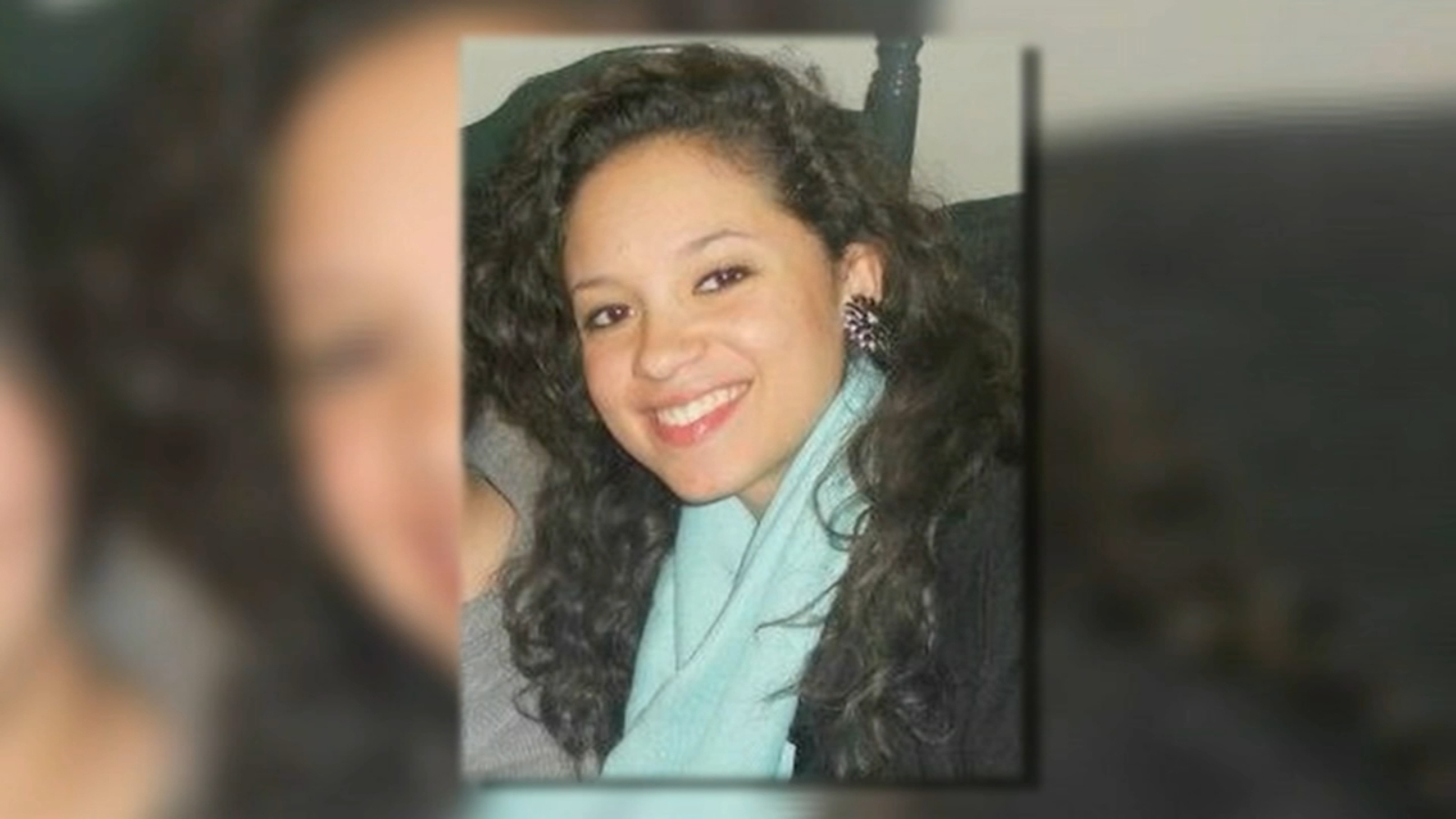 Though several people have been interviewed about her death, no arrests have been made.

Eight years have passed since a University of North Carolina student was found dead in her Chapel Hill apartment, but police have still made no arrests in the case.

In 2016, a sketch of the possible killer was released. Using genetic code from DNA, a software company in Reston, VA was able to predict the eye color, hair color, skin color, freckling, face morphology, and ancestry of the alleged killer.

In 2018, investigators told ABC11 they were working on Hedgepeth's case daily, and were confident it would be solved because of specific evidence, including a threatening note attached to a takeout order in the apartment, a broken rum bottle and semen from a sexual assault kit. Investigators also said they were working with geneticists to compare the killer's DNA to DNA in public databases.

Several people who were around Hedgepeth before her death have been interviewed and the DNA found at the scene was compared to persons of interests but no arrests have been made.

A $40,000 reward is being offered for information leading to an arrest. Anyone with information is asked to call Crimestoppers at (919)942-7515.

AND THE PACKERS GET THE NFC BYE!!