Woman gunned down in her driveway in 'monstrous' attack caught on video: 'We need justice for Liz'

After a young woman was gunned down in her own driveway in a crime caught on surveillance video, Houston authorities are pleading for help to get her "callous killer off our streets."

Elizabeth Barraza was setting up a garage sale when she was attacked on Friday, Jan. 25, Harris County Sheriff Ed Gonzalez said at a Wednesday news conference.

At about 6:55 a.m., the killer drove up to her home, walked up the driveway and engaged Barraza in conversation before pointing a pistol at her and shooting her multiple times, the sheriff said.

Barraza was hospitalized and died the next day, the sheriff said.

"We are almost certain" that the suspect's car is a black, four-door Nissan Frontier truck, Ritchie said, adding, "these trucks are not very common."

A reward up to $20,000 has been offered for any information. 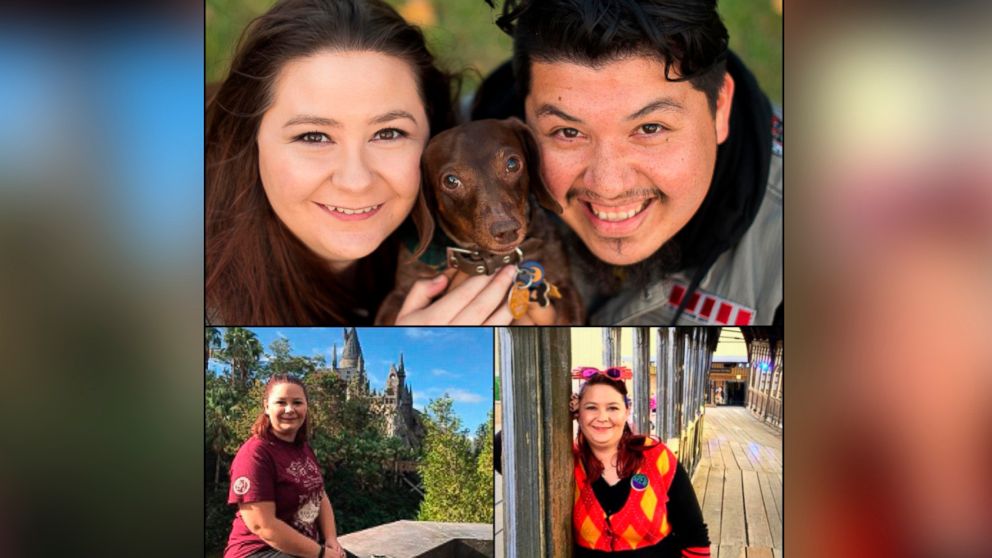 Woman gunned down in her driveway in 'monstrous' attack caught on video: 'We need justice for Liz'

Elizabeth Barraza was gunned down outside her home on January 25.

The results of a warrant could soon expose the suspect that killed a Tomball woman as she was setting up for a garage sale.

One year ago, Liz Barraza was preparing to hold a garage sale to raise money for their fifth wedding anniversary trip.

On Sunday, her family and friends gathered to remember the woman described as "good, kind and joyful," by her grieving husband.

From the start, detectives didn't believe the shooting was random, and her father agrees.

On Sunday, Harris County homicide detective Michael Richie hinted at "something coming down the pike" in the case. He said there is now a warrant in the case, stating, "I feel that the results of that warrant will be critical in the investigation and most likely will expose a suspect and who's responsible for this."

A $20,000 reward is still being offered for information leading to her killer's arrest. Anyone with information can contact Houston Crime Stoppers at 713-222-TIPS. 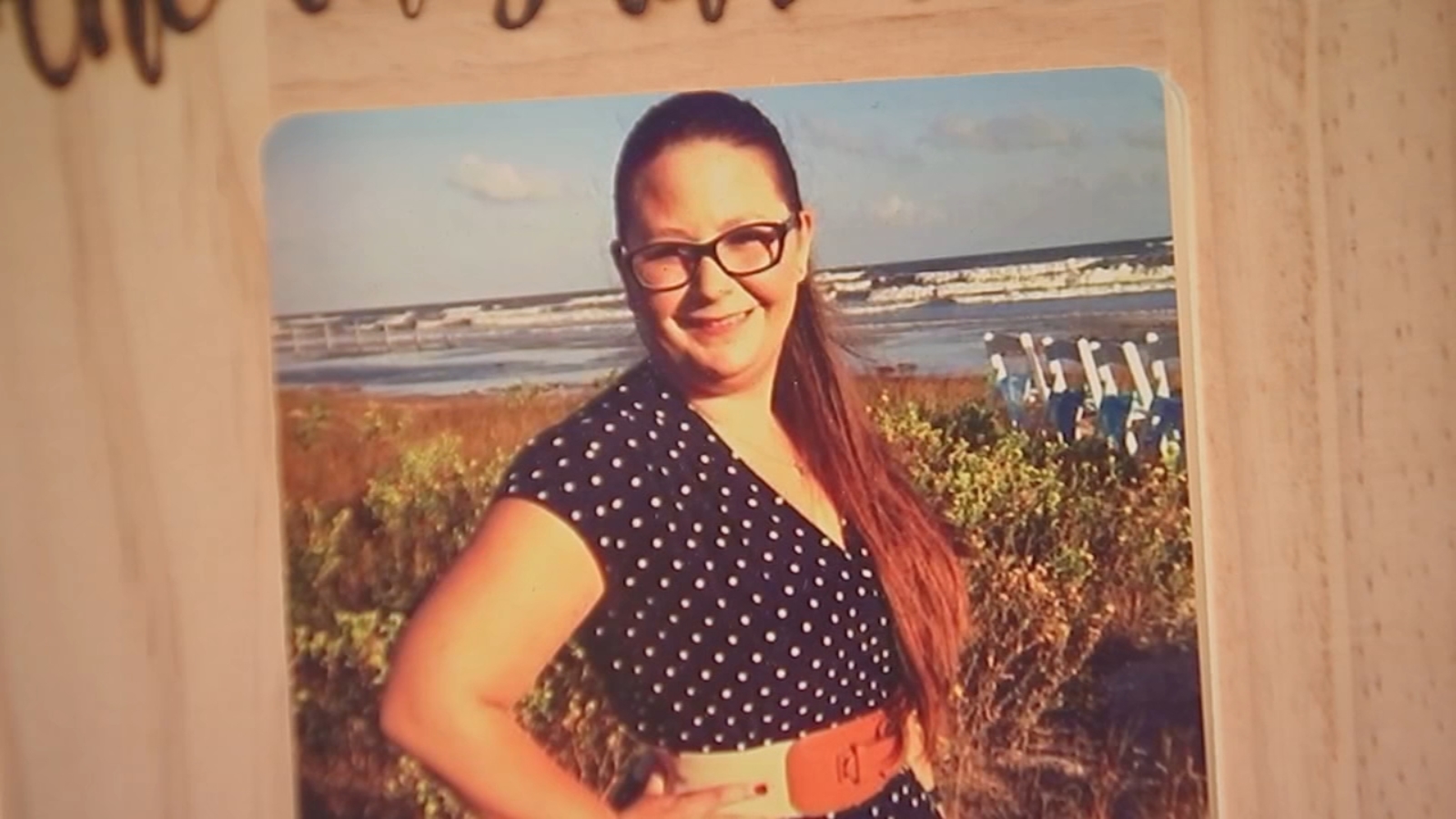 It's been a year since Elizabeth Barraza was killed in her driveway while setting up for a garage sale and the question remains, who killed her?

Staff member
I hope this new warrant brings answers for Liz's family. For someone to drive up, right after her husband left...they had to have been watching her. But why? There is seemingly no reason. Was she involved in something / with someone? After 18 Months, Police Still Seek Clues on Who Fatally Shot ‘Star Wars’ Fan at Her Own Garage Sale

"It goes against nature for this to happen to such a good person,” Elizabeth Barraza's husband Sergio tells PEOPLE

people.com
After 18 Months, Police Still Seek Clues on Who Fatally Shot ‘Star Wars’ Fan at Her Own Garage Sale

Elizabeth Barraza had taken the day off from her job as a data reporter for a pipeline inspection company. The plan was to have a garage sale so she and her husband Sergio would have extra money to celebrate their 5th wedding anniversary at Universal Studio’s Wizarding World of Harry Potter in Orlando.

Barraza already had her bags packed -- they were new suitcases that resembled the ones Harry Potter took with him to Hogwarts Castle.

“She had made custom Harry Potter shoes,” Sergio tells PEOPLE. “We were going to have this amazing time together there.”

Tragically, the trip -- which was scheduled for the following weekend -- never happened.

Shortly before 7 a.m. on Jan. 25, 2019, Barraza, 29, was fatally shot in her driveway as she was setting up her garage sale. The shooting occurred just minutes after Sergio had left for work.

A neighbor’s surveillance camera captured a 2013 or newer four-door black Nissan Frontier PRO-4X drive past Barraza’s Tomball, Texas home, before turning around and then parking one house away. A small-statured person with long hair or a wig, wearing a long trench-coat and boots, got out of the pick-up truck and approached Barraza in her driveway.

According to police, Barraza said "good morning" before the unknown suspect pulled out a gun. There was a brief conversation before Barraza was shot four times.

As she lay dying in her driveway, the suspect drove away, but then circled back and drove past the crime scene.

“I feel they contacted somebody and said, ‘Hey, the job’s done,’” Harris County Sheriff’s Office Sgt. Michael Ritchie says in this week’s issue of PEOPLE. “And then that person said, ‘Are you sure?’ And they turned around and drove by the scene one more time.”

More than 18 months later, the case still remains unsolved -- and Barraza's friends and family are still in shock.

“You feel like something extraordinarily evil reached out and intentionally murdered my daughter,” Barraza’s father Robert Nuelle Jr. tells PEOPLE. “This was not a robbery. This was not a gang initiation. This was somebody that wanted to kill my daughter, and did it. That's crazy. It's just unimaginable.”

NEXT THE PACK HOSTS THE NFC TITLE GAME!!

After 18 Months, Police Still Seek Clues on Who Fatally Shot ‘Star Wars’ Fan at Her Own Garage Sale

"It goes against nature for this to happen to such a good person,” Elizabeth Barraza's husband Sergio tells PEOPLE 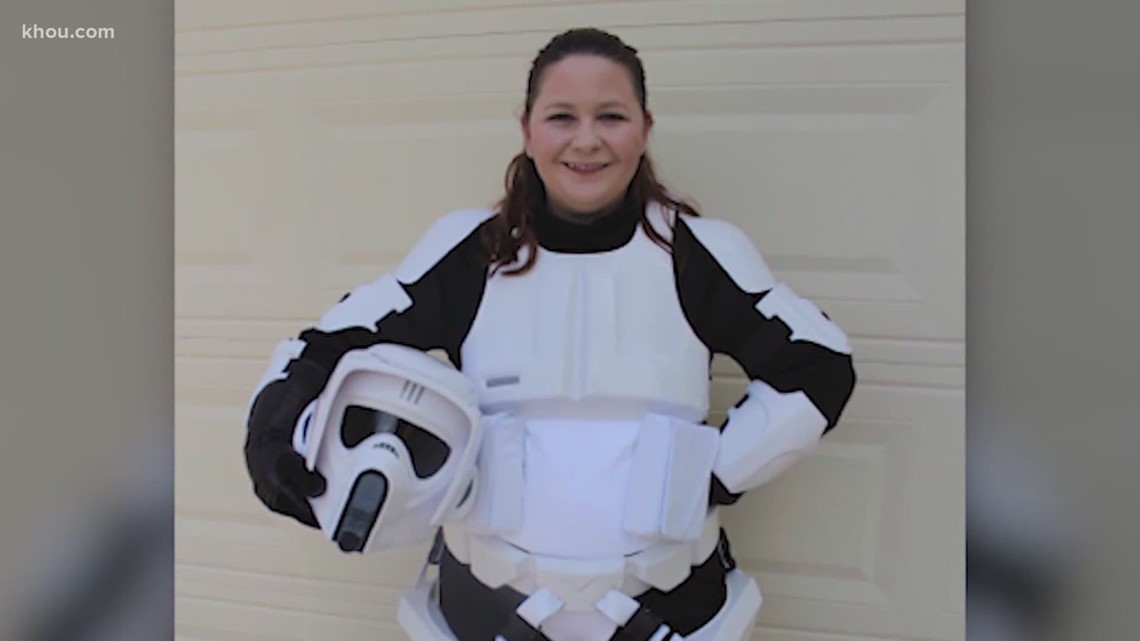 New details in murder of Tomball woman at garage sale, including her final words and description of truck

Elizabeth Barraza said "good morning" to her killer before gunshots rang out at her own garage sale back in 2019, investigators say.

www.khou.com
New details in murder of Tomball woman at garage sale, including her final words and description of truck

A local murder case is getting national attention. New details were released about the 2019 murder of Elizabeth Barraza, 29, in an article in People.

“It’s things that haunt you, the last words she ever spoke," Bob Nuelle said.

The Harris County Sheriff’s Office is now saying Barraza could be heard saying "Good morning” to her killer before the cold-blooded shooting in the driveway of her Tomball home in January 2019. Surveillance video shows someone walking up to the garage sale and opening fire.

“It tells me she didn’t know who it was," Nuelle said.

The conversation was muffled, but it was recorded on a home surveillance camera for a few seconds before Barraza was shot.

“She probably assumed they were a garage sale customer," Nuelle said. “She sounds like herself. Just like a very happy, cheery, 'Good morning.'"

The article also dives into a theory that the killer wasn’t working alone. Surveillance footage shows a Nissan Frontier truck coming back by the house after the shooting, investigators said they think it was to make sure the job was done.


Also new, investigators were able to identify a decal on the suspect’s truck. It’s a 2013 (or newer) black, four-door Nissan Frontier with a PRO-4X sticker.

Shocking surveillance video shows a person in Tomball, Texas get out of a black pickup truck, walk up to 29-year-old Elizabeth Barraza and exchange some words before shooting Barraza four times and fleeing the scene.

Staff member
Did anyone else get the impression that the unknown shooter was a woman? Looks like a woman to me. Man dressed as a woman? Costume?
Last edited: Aug 1, 2020

SheWhoMustNotBeNamed said:
Did anyone else get the impression that the unknown shooter was a woman? Looks like a woman to me. Man dressed as a woman? Costume?
Click to expand...

It does! Well it says that the person was in a robe. Someone got up early in the morning and decided to go and shoot her? Doesn't even make any sense? I have to think about this.

Staff member
I just looked and it appears this case hasn't had anything new to report.
H

SheWhoMustNotBeNamed said:
Did anyone else get the impression that the unknown shooter was a woman? Looks like a woman to me. Man dressed as a woman? Costume?
Click to expand...

No question in my mind, it was a woman. And I believe it was personal. From everything I could find, these were not criminal people. Dig deeper into the family dynamics, the in-laws, cousins, etc. and you'll find the killer. This case is solvable and needs to be put away. 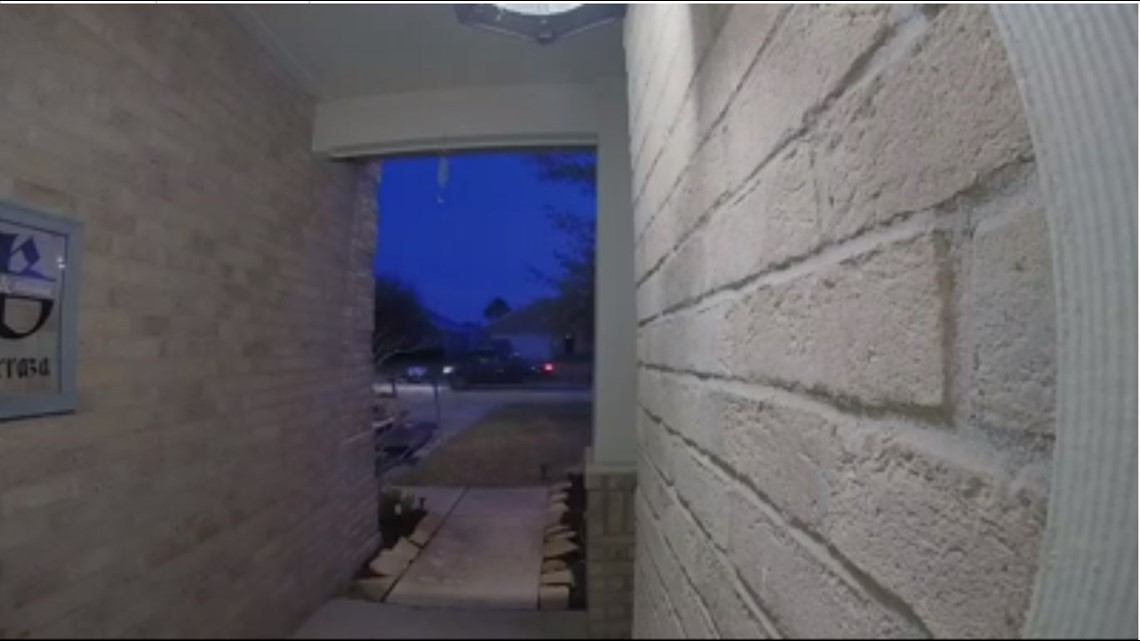 Liz Barraza was killed while she was setting up for a garage sale at her Tomball home nearly two years ago. Now, investigators hope new video will lead to new tips.

On Jan. 25, it will have been two years since Elizabeth Barraza was killed while she was setting up for a garage sale at her Tomball home.

Now, new surveillance video could lead to new tips in the case. At least that's what investigators are hoping.

The Harris County Sheriff's Office released a video showing a different angle of the suspect vehicle. The deadly shots can also be heard on the video.

“The main thing we are looking for is the truck. It’s a cleaner look at the truck. It passes by three times, so hopefully, that truck will jog someone’s memory and help us find who would have been driving that truck on the date of the murder," Harris County Sheriff's Office Detective Wallace Wyatt said. 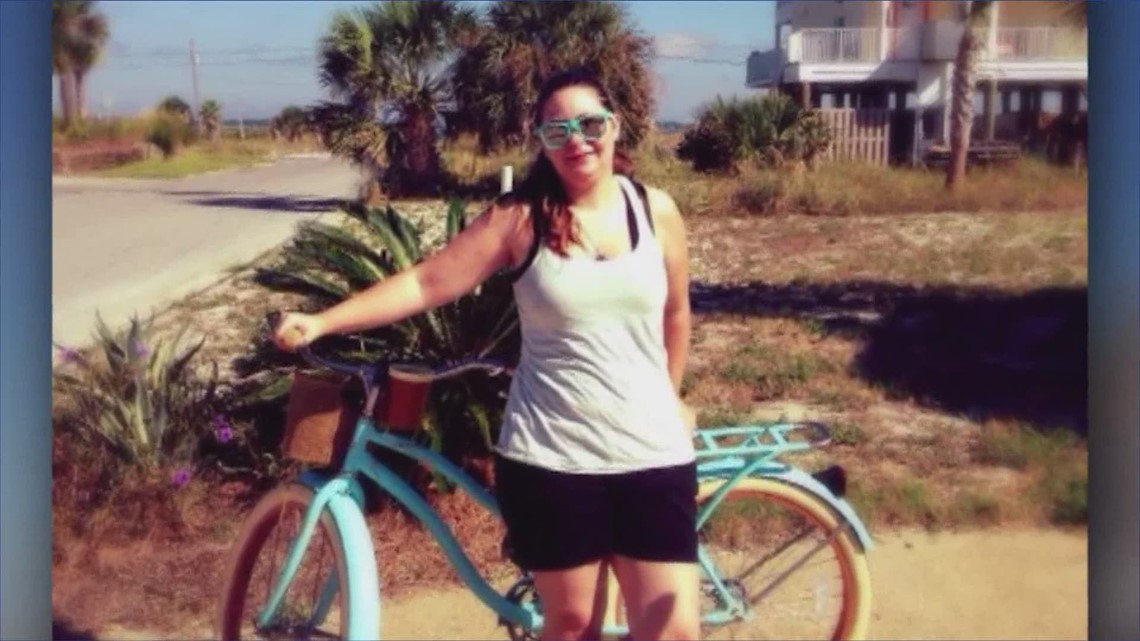 The killer still hasn't been caught, but the victim's family hopes this newly-released video will help lead to new tips.

“Everybody’s interested in dramas and cop shows, well we are giving you straight up a murder video that you can study and watch," said Det. Wallace Wyatt, the new detective on the case for the Harris County Sheriff's Office.