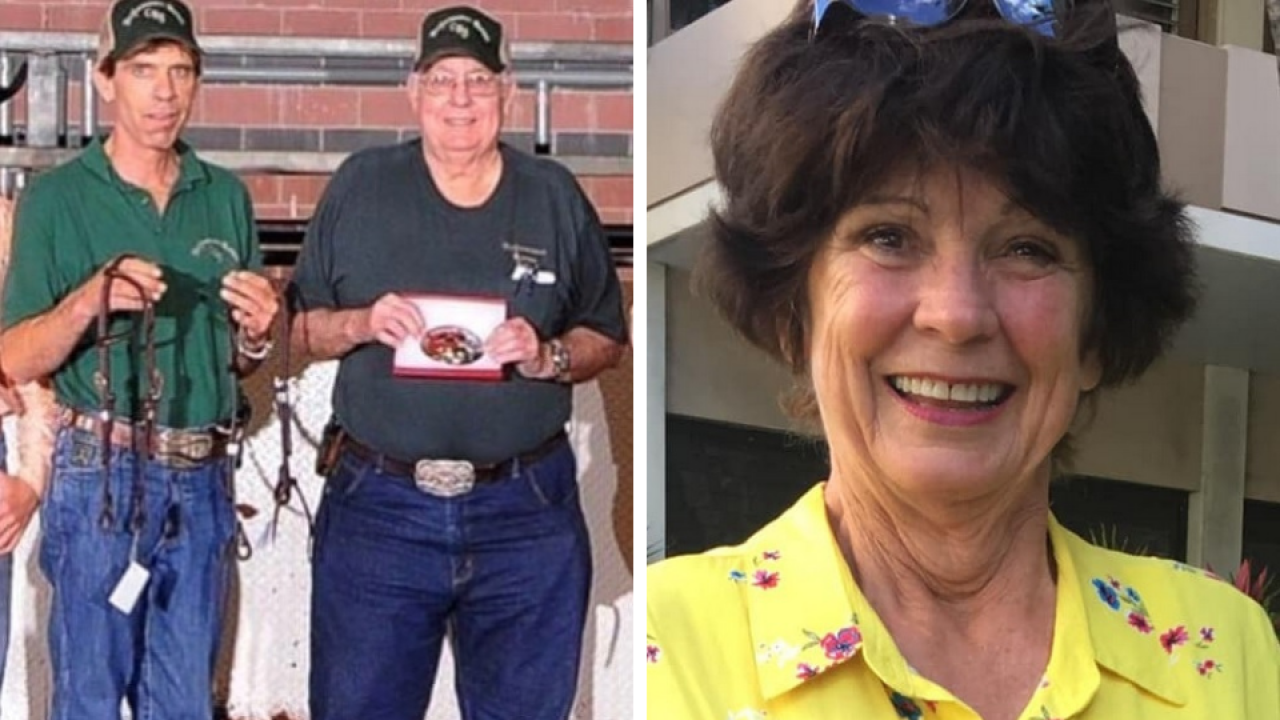 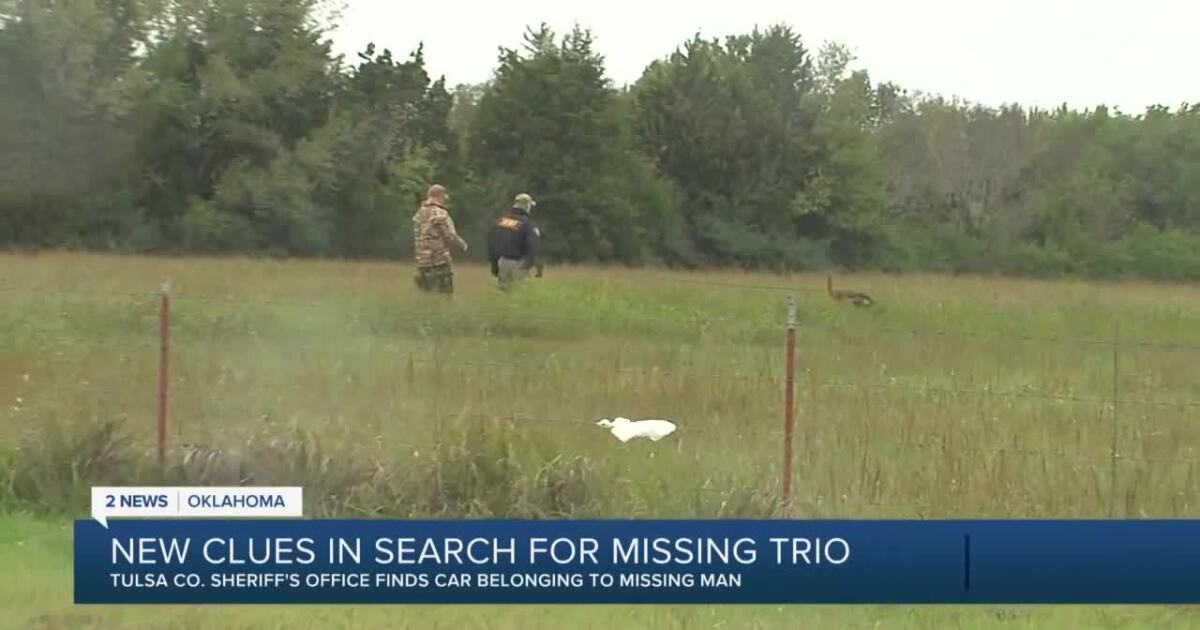 The Tulsa County Sheriff's Office is looking for three people in what they're calling a 'very bizarre' missing persons case.

The Tulsa County Sheriff's Office is looking for three people in what they're calling a "bizarre" missing persons case.

The sheriff's office issued a Silver Alert on Tuesday for 76-year-old Jack Grimes. They're also looking for his friend 59-year-old Dwayne Selby.

The two friends were last seen Friday heading to a horse show in Texas but were supposed to be back in Turley on Monday.

Family members say the two men were seen eating at a cafe in Purcell around 6:30 Friday night, but the friend who had their tickets to the horse show in Fort Worth says they never showed up.

Family members say Selby's mother, 80-year-old Glenda Parton went to search for her son in Turley on Monday night and hasn't been seen since.

Deputies say her car, a red Kia Rio, was found on the side of Highway 75 near 56th Street North on Tuesday afternoon.

The sheriff's office announced Wednesday afternoon that they were looking for a "person of interest" in the case.

They released a photo of a man Parton met with at a local business Monday evening before she went missing.

The man pictured has dark hair and was wearing a camo baseball cap, gray jacket, blue jeans and dark-colored shoes. 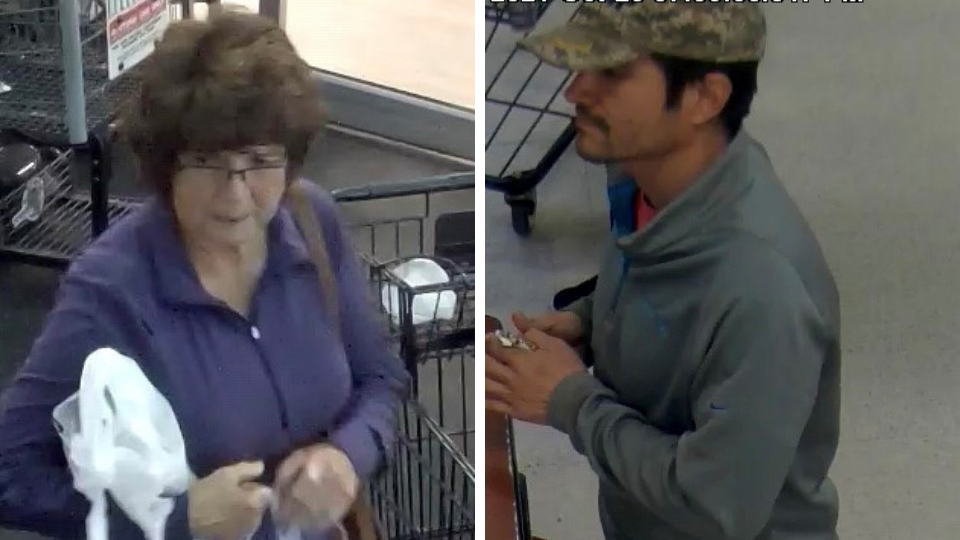 Staff member
This case went absolutely silent after Jack was found. Interesting... I wonder what LE is working on.

It sure did. I wonder how actively LE or people in general are searching physically for the other two...? Because if not, maybe there is a focus in a different direction...? Hard to say with no news though. 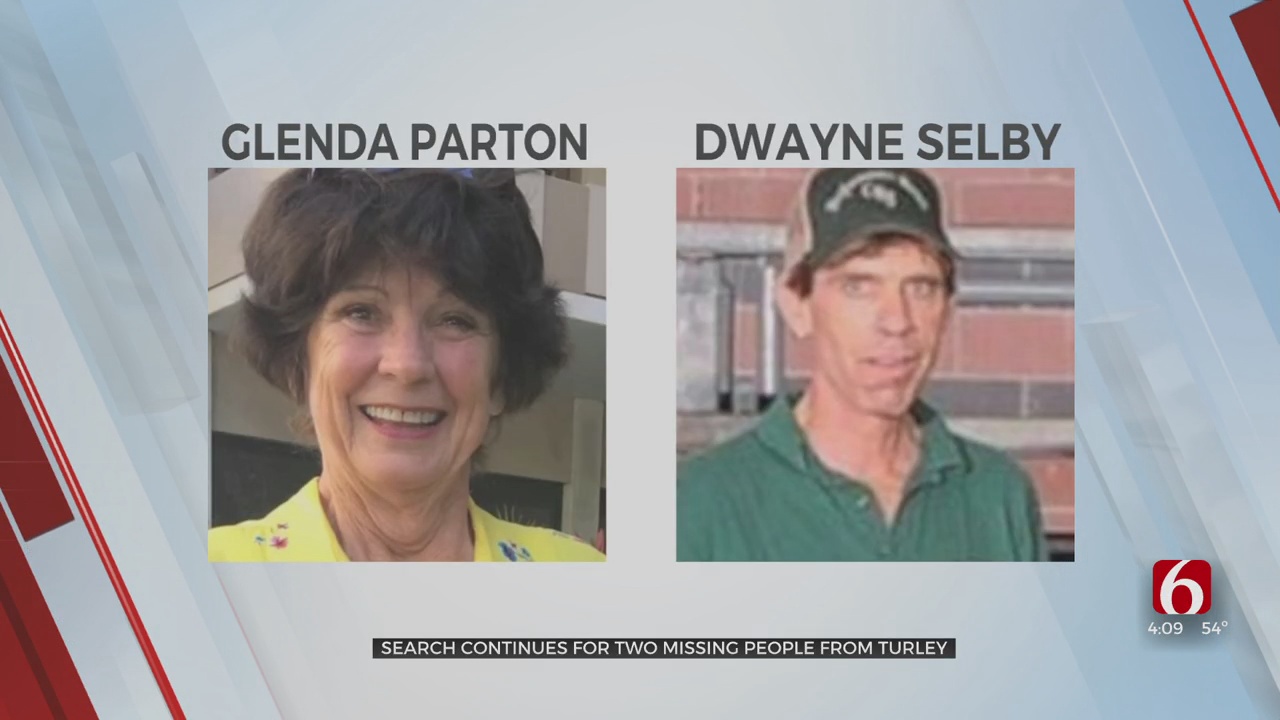 Tulsa County detectives are still looking for two missing people from Turley. Dwayne Selby and his roommate, Jack Grimes, went missing on October 22nd. Just days later, Glenda Parton also disappeared. Grimes' body has since been found but there is still no sign of Glenda Parton and her son...

Tulsa County detectives are still looking for two missing people from Turley. Dwayne Selby and his roommate, Jack Grimes, went missing on October 22nd. Just days later, Glenda Parton also disappeared. Grimes' body has since been found but there is still no sign of Glenda Parton and her son, Dwayne Selby.

Tulsa County Sheriff's Office said they are not getting as many tips coming in about this case as they did just a few weeks ago and they're hoping someone will come forward with information, even if it's something small, that could give detectives answers about what happened.

As detectives wait for results from the state's forensic lab, the days continue to pass without answers about where Parton and Selby could be.

"We're still interviewing witnesses. We have a lot of evidence from the scene from when Jack's remains were found for forensic analysis that we're hoping might shed light on who did this to him," said Casey Roebuck.

If they have searched pretty thoroughly for a ways where Grimes body was found (if they have, I have no idea) then this seems planned or orchestrated imo. In no way am I sure but am tipped past that 50 percent mark of leaning in that direction.

Three people don't go missing separately due to basically the same incident, two of which were together but only one man's body found. Imo.

Staff member
This is interesting. Not sure if y'all saw it before and I missed the post?

Lee and Ashley Deacon both said Grimes was the kind of person who was willing to give people a shot, or to lend a hand to people who were down and out, needed work or could use some kind of help.


“A lot of the people that he had work for him at his ranch were down and out, homeless, recovering alcoholics, drug addicts … you know, he’d take in people that no one else has given a shot and take care of them,” said Deacon. “He’s just that kind of guy.”


Another friend from the horse industry, Sharon McLeod, saw the same thing. However, she said, her friend wasn’t into doling out charity.


“He did not give anybody a handout, but he would help anybody with a hand up,” she said. “If you were down and out, and you wanted to work, he had [manure] for you to shovel, and he’d pay you.” 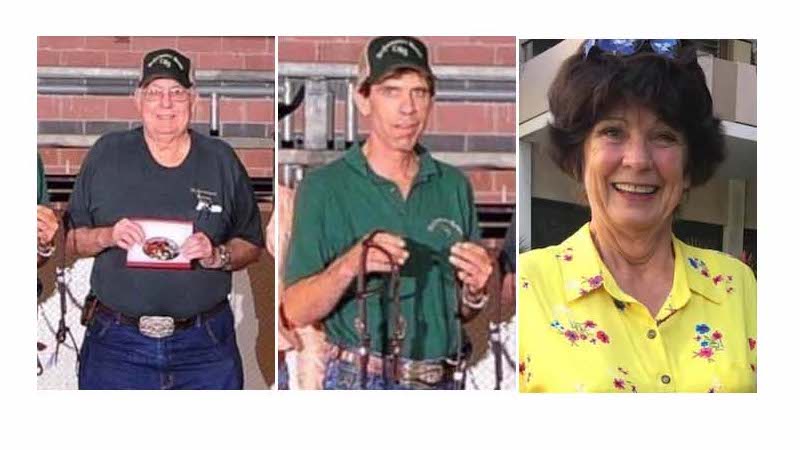 Staff member
In reading this article, I see that they were very successful horsemen and not just hobby owners. I'm afraid that Grimes may have been helping out the wrong person and they got greedy. Has there been a report of any missing property?
You must log in or register to reply here.
Share:
Facebook Twitter Reddit Tumblr Email Share Link