Arieanna was last seen at her home in the 1100 block of Hanover Avenue in Roanoke, Virginia on September 11, 2018. Her mother, Jessica Day, stated she put her down to sleep, and when she came back an hour later to check on her, the baby was gone. She called the police at 11:00 p.m. When they arrived they found no signs of forced entry, but the residence had been unlocked.

The following day, police arrested Andrew Christopher Terry and charged him with illegal disposal of a body in Arieanna's disappearance. Initially reported to be a cousin of Arieanna's father, he is himself presumed to be her father. He was at Arieanna's home on separate occasions the day she went missing, and had communication with her mother up until the police were called.

Jessica reported that around midday on the day of Arieanna's disappearance, Terry came by her apartment, put the baby down for a nap and left for work. At 9:30 p.m., Jessica breastfed Arieanna, then left the baby sleeping sleeping on her mother's bed. For the next half-hour, she was in the kitchen, on the phone with Terry at least once, and walking around the apartment. She returned to her bedroom at 10:00 p.m. and found her six-year-old asleep on the bed, but Arieanna was gone.

Jessica smelled cigarette smoke in the bedroom and, suspecting Terry had been there, immediately called him and asked where he'd taken Arieanna. He said he didn't have her. Until 11:00 p.m., Jessica spoke to Terry several times over the phone and on Facebook Messenger, at one point asking him, "Are you harming her or setting me up for murder?" At 11:00, Jessica called the police.

When police met Terry at Jessica's home after Arieanna's disappearance, they noticed his pants were wet and appeared to be muddy. He offered several explanations for this, but after he was questioned for several hours and took a break for a nap, he stated he'd fallen down a slope after digging his daughter's grave. The brown stains on his pants were never tested and it's not clear whether they were mud.

Terry gave a very different account of the crucial hours around Arieanna's disappearance. He said he went back to Jessica's apartment after he finished work, and Jessica met him out front with Arieanna and told him to take her. He said Arieanna had a slight cut and general swelling on her face. He put the baby in his lap and drove towards Blacksburg, and twenty or thirty minutes into the drive, Arieanna simply stopped breathing.

He said he tried to revive her and failed, and he didn't seek medical attention for the baby because he was scared. Instead, Terry stated he took Exit 128 off Interstate 81 in Ironto, Virginia, and continued driving towards Blacksburg. Somewhere along the way, he stopped and dug a shallow grave for Arieanna with his hands, on a bank near the railroad tracks and the intersection of Cedar Run Road and Jennelle Road. He covered her body with leaves.

On the late afternoon of September 12, Terry took police to the location, but dogs turned up no sign of the baby or a gravesite. As Terry had stated the grave was so shallow that the wind might have uncovered Arieanna's body, police asked if he'd fabricated his story. He said he was telling the truth and "I swear to you she's over there somewhere." Later that day, he said recanted, saying he had only brought police to the spot "to show she wasn't there."

When the police questioned him again on September 13, Terry returned to his story about Arieanna dying in his car and him burying her. Further searches turned up no evidence to support the story, however.

Terry was tried for felony illegal disposal of a body in September 2019, a year after Arieanna's disappearance. Jessica testified for the defense; she admitted she'd given some false statements to police about her daughter's disappearance and that she suffered from memory lapses. At various times she said Arieanna had smothered after falling asleep during breastfeeding, or that she was kidnapped by an adoption agency, or that she had sold her. She admitted none of those statements were true.

Jessica also admitted she had called Terry's defense attorney in 2019 to say Arieanna was alive and well, and that she had called Terry and asked, "Should I wait until court to say I gave her to your cousin?" She suggested Arieanna may have been injured by falling from her carrier, and that the true story was that Terry had taken her away.

Location data from Terry's cellular phone tracked his route from Roanoke to Blacksburg that night. He bought cigarettes and a lighter at a convenience store before going to Jessica's home. The data showed a pause around the intersection of Jennelle Road and Cedar Run Road for six minutes, and the prosecution said that during this time, Terry buried Arieanna.

Terry's defense attorney questioned whether the baby had actually died. After hours of deliberation, the jury was unable to reach a verdict. Terry will have to be tried again.

Although police believe Arieanna is deceased, they are not sure of the circumstances of her death and both parents remain persons of interest. Her case remains unsolved, but foul play is suspected due to the circumstances involved. 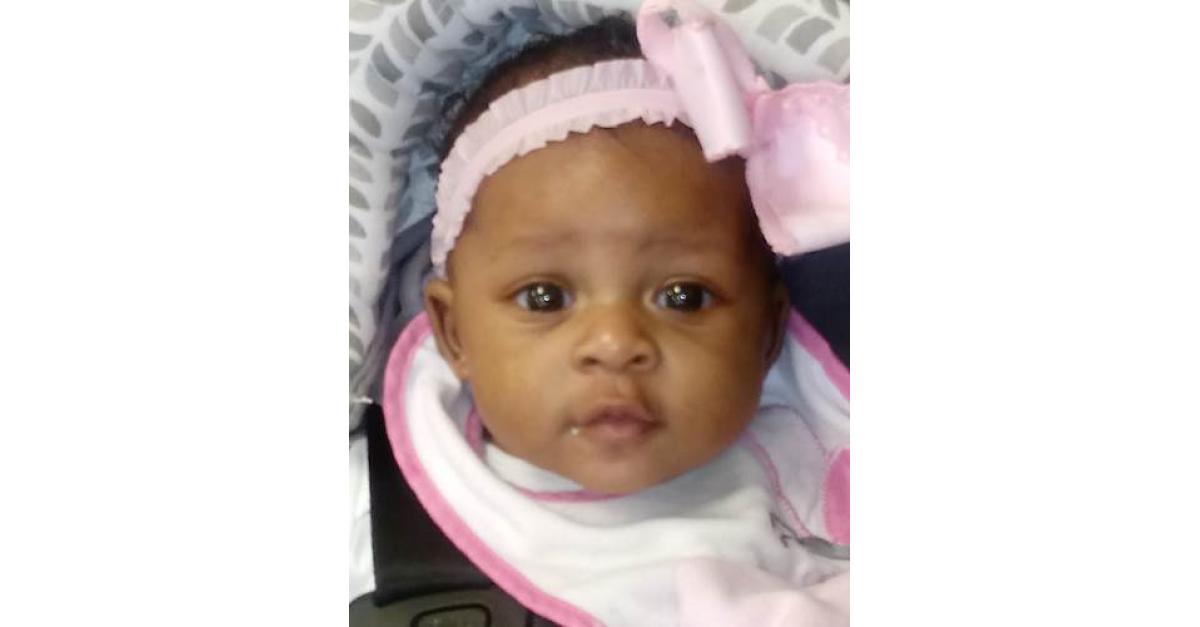 Have you seen this child? Arieanna Day

ARIEANNA DAY has been missing from Roanoke, VA since 11 Sept 2018 - Age 3 months

Arieanna was last seen at her home in the 1100 block of Hanover Avenue in Roanoke, Virginia on September 11, 2018. Her mother, Jessica Day, stated she put her down to sleep, and when she came back an hour later to check on her, the baby was gone.

www.crimewatchers.net
Last edited by a moderator: Apr 20, 2020
Click to expand... 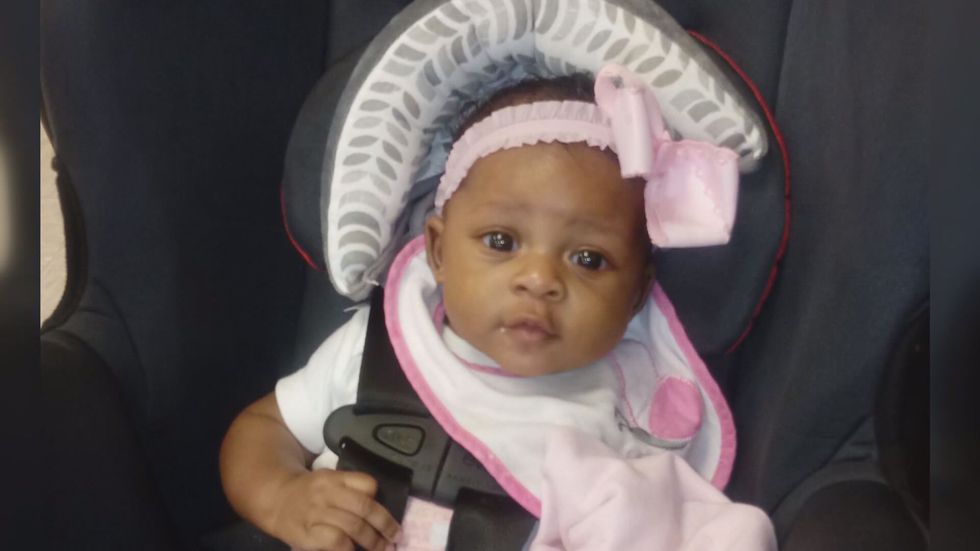 Police said in a statement Wednesday that they remain dedicated to finding her.

Exactly one year after she was reported missing, there is still no new information about what happened to Arieanna Day.

The three month old's mother reported her missing September 11, 2018. The man police say is her father will face a jury later this month in connection with her disappearance.

It's hard to know exactly what the Roanoke Police Department has been doing as part of this investigation. They declined an interview for our story but say investigators remain dedicated to bringing her home.


"Three-month-old Arieanna cannot speak for herself," Chief Tim Jones of RPD said. "Someone needs to speak for her."

Police confirmed that Terry is a suspect and Jessica Day is a person of interest. Deputies say they're using new DNA forensics to examine evidence collected during their search. But investigators with Montgomery County later reporter to WDBJ7 that the analysis did not lead them any closer to Arieanna's body.

"September 11th is a day of remembrance across the nation, but for our community, this September 11th also marks one year since Arieanna Day disappeared. Arieanna was last seen in her home in Roanoke by her mother. She is missed by her siblings and the rest of her family, who have remained hopeful for Arieanna's safe return.

Investigators remain dedicated to bringing Arieanna home. We continue to follow up on every lead and have regular communication with members of the Day family, who have been cooperative. We will continue to investigate and to allocate resources until Arieanna is found. 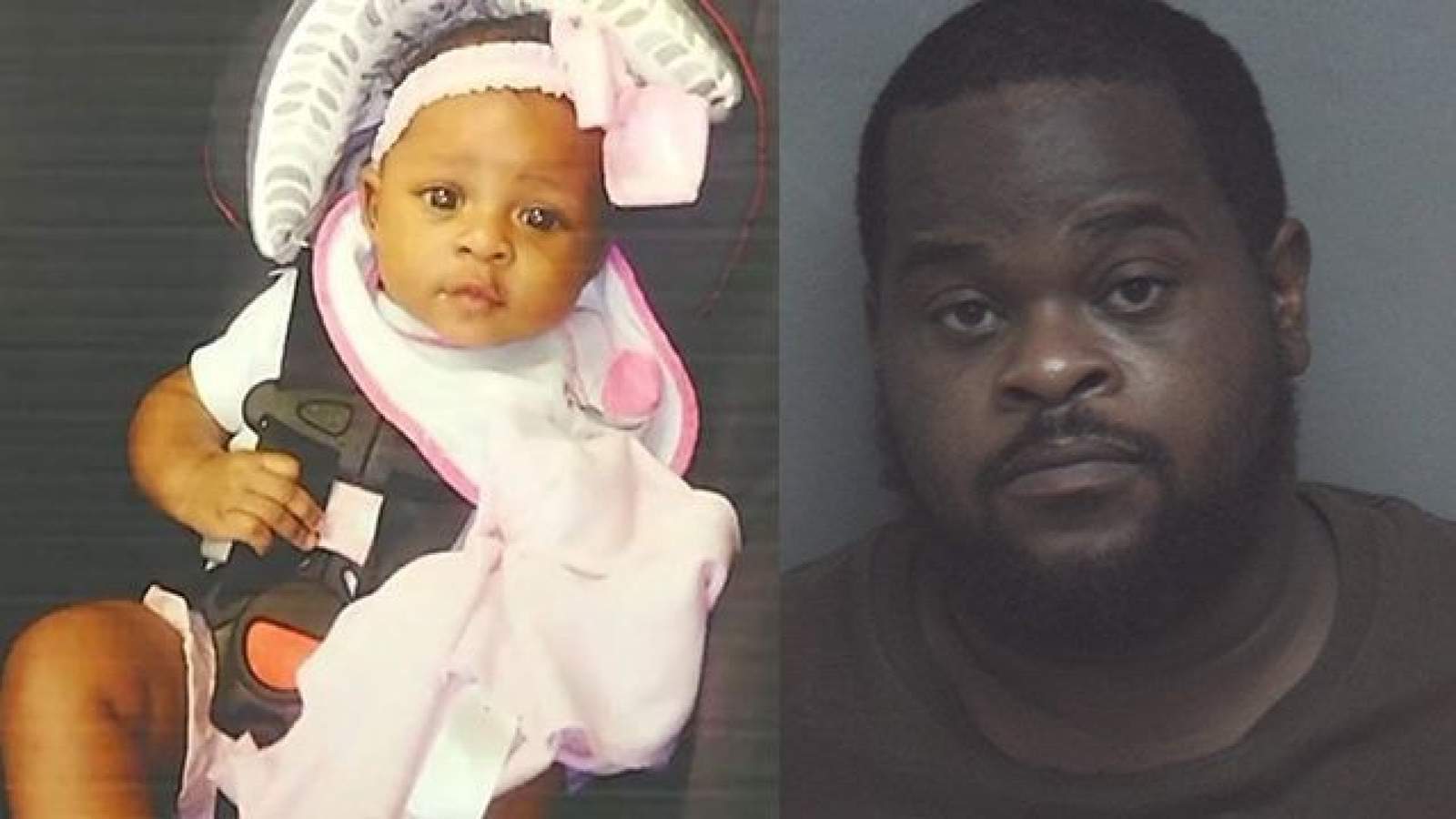 After 'hot mess’ of a trial, Andrew Terry to be retried in case of missing baby

More than two months after his case ended in a mistrial, the Blacksburg man charged with concealing the body of his 3-month-old daughter will be back in court.

After 'hot mess’ of a trial, Andrew Terry to be retried in case of missing baby

More than two months after his case ended in a mistrial, the Blacksburg man charged with concealing the body of his 3-month-old daughter will be back in court.

During a hearing Wednesday, it was determined that Andrew Terry would be retried on April 1, 2020.

Terry previously admitted to burying his daughter, Arieanna Day, near Jennelle Road after he picked her up bruised and barely alive from her mother’s house in Roanoke, according to prosecutors.

At the time of the Sept. 26 mistrial, Mary Pettitt, Montgomery County Commonwealth’s Attorney, issued this statement.

“It was important to pursue justice for Arieanna particularly when there was a confession to the crime. I know Roanoke City will continue to investigate the circumstances surrounding her death. We will evaluate the case and determine if we will retry the defendant.”Mary Pettitt, Montgomery County Commonwealth’s Attorney
Click to expand...

At the time Day went missing, an Amber Alert was issued for her.

At one point during the trial, the judge called this case a “hot mess” and asked the commonwealth’s attorney how the state knows if Arieanna is even dead.

Staff member
Well I couldn't find an article about it, but I'm assuming his April 1 trial was rescheduled due to COVID.

This poor baby has two parents with 100 stories on what happened to her. I hope she can be found.

SheWhoMustNotBeNamed said:
Well I couldn't find an article about it, but I'm assuming his April 1 trial was rescheduled due to COVID.

This poor baby has two parents with 100 stories on what happened to her. I hope she can be found.
Click to expand...

Per Montgomery County VA court records the trial has been rescheduled;

SheWhoMustNotBeNamed said:
Thanks @kdg411 ! I knew you'd have the info. August 2020 huh.
Click to expand...

The Commonwealth PA for Arieanna is Mary Pettit which I'm greatful extremely for. She was a tremendous force in the conviction of Nicole Lovell's murderers. May she too rest in peace.

I keep a watchful eye for anyone who harms a child.

This sounds to me like they should both be behind bars at minimum for lying and obstructing justice--I see no evidence either cared about this child. How disgusting. It reminds me just a bit of baby Amiah's case in Indy from the bit I have read here. What is going on here is she covering for him, he for her or both?? And too bad for the baby...???? Some people just make me flat out sick.
You must log in or register to reply here.
Share:
Facebook Twitter Reddit Tumblr Email Share Link